Christ and Him crucified? Sheer folly to the world. Yet, in Christ, God confounds the wisdom of the world. Wisdom is foolishness; weakness is strength; suffering is victory. The cross is the power of God for those being saved!

The Folly of the Crucifixion

For the word of the cross is to them that perish foolishness; but unto us who are saved it is the power of God.
For it is written, “I will destroy the wisdom of the wise, and the discernment of the discerning will I bring to nought.”
Where is the wise? where is the scribe? where is the disputer of this world? hath not God made foolish the wisdom of the world? For seeing that in the wisdom of God the world through its wisdom knew not God, it was God’s good pleasure through the foolishness of the preaching to save them that believe. Seeing that Jews ask for signs, and Greeks seek after wisdom: but we preach Christ crucified, unto Jews a stumblingblock, and unto Gentiles foolishness; but unto them that are called, both Jews and Greeks, Christ the power of God, and the wisdom of God. Because the foolishness of God is wiser than men; and the weakness of God is stronger than men. For behold your calling, brethren, that not many wise after the flesh, not many mighty, not many noble, are called: but God chose the foolish things of the world, that he might put to shame them that are wise; and God chose the weak things of the world, that he might put to shame the things that are strong; and the base things of the world, and the things that are despised, did God choose, yea and the things that are not, that he might bring to nought the things that are: that no flesh should glory before God. But of him are ye in Christ Jesus, who was made unto us wisdom from God, and righteousness and sanctification, and redemption:
that, according as it is written, “He that glorieth, let him glory in the Lord” (1 Corinthians 1:18-31).

Folly of the Crucifixion
The Folly of God in Christ We may get weary and fainthearted at times in our faith in Christ. The Hebrew Christians did as well. The author the Hebrew letter did well to encourage them to maintain their race and their discipline.

Our Race and Our Discipline

Therefore let us also, seeing we are compassed about with so great a cloud of witnesses, lay aside every weight, and the sin which doth so easily beset us, and let us run with patience the race that is set before us, looking unto Jesus the author and perfecter of our faith, who for the joy that was set before him endured the cross, despising shame, and hath sat down at the right hand of the throne of God. For consider him that hath endured such gainsaying of sinners against himself, that ye wax not weary, fainting in your souls. Ye have not yet resisted unto blood, striving against sin: and ye have forgotten the exhortation which reasoneth with you as with sons,
“My son, regard not lightly the chastening of the Lord, Nor faint when thou art reproved of him; For whom the Lord loveth he chasteneth, And scourgeth every son whom he receiveth.”
It is for chastening that ye endure; God dealeth with you as with sons; for what son is there whom his father chasteneth not? But if ye are without chastening, whereof all have been made partakers, then are ye bastards, and not sons. Furthermore, we had the fathers of our flesh to chasten us, and we gave them reverence: shall we not much rather be in subjection unto the Father of spirits, and live? For they indeed for a few days chastened us as seemed good to them; but he for our profit, that we may be partakers of his holiness. All chastening seemeth for the present to be not joyous but grievous; yet afterward it yieldeth peaceable fruit unto them that have been exercised thereby, even the fruit of righteousness. Wherefore lift up the hands that hang down, and the palsied knees; and make straight paths for your feet, that that which is lame be not turned out of the way, but rather be healed. Follow after peace with all men, and the sanctification without which no man shall see the Lord (Hebrews 12:1-14).

Our Race and Our Discipline
Encouragement in Hebrews

And the peace of God, which passeth all understanding, shall guard your hearts and your thoughts in Christ Jesus (Philippians 4:7). https://t.co/x3SpJIgwTh
View on Twitter

We lament over #GeorgeFloyd and the legacy of white supremacy which led to his death.

We have previously explored our own grappling with that heritage, and offer it again in case it provides benefit at this hour.

White Supremacy and the People of God
https://t.co/l3Lt7V6pb8
View on Twitter
0
0

And let the peace of Christ rule in your hearts, to which also ye were called in one body; and be ye thankful (Colossians 3:15). https://t.co/rXEmJYZNbL
View on Twitter
0
3 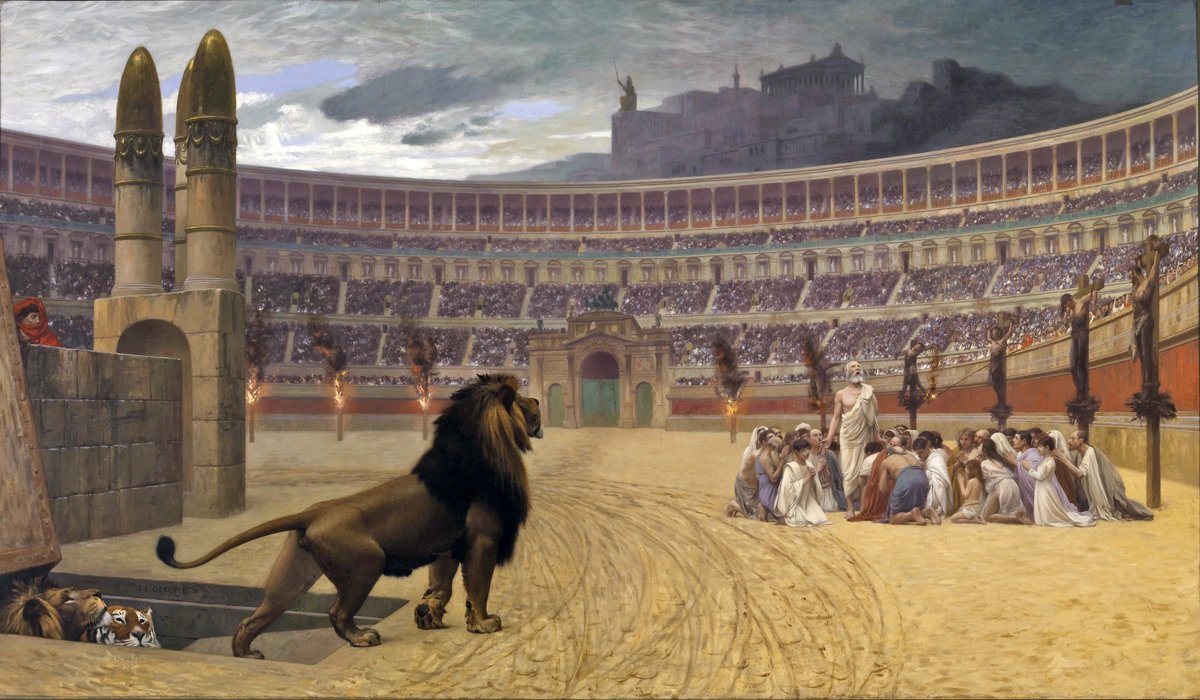 A recap of Sunday's study in Hebrews.

We so often take for granted what really is controversial and shocking regarding what God accomplished in Jesus, and the Hebrews author won't let us forget it. https://t.co/RnknF6DAcZ
View on Twitter
0
0
Follow @venicechurch