Christianity features the faith regarding Jesus of Nazareth: confidence toward God that He came to earth as a man, died, was raised from the dead with power on the third day, and now reigns as Lord over His Kingdom from heaven (Acts 2:36, 1 Corinthians 15:3-5, Philippians 2:5-11). The message of Jesus’ life, death, resurrection, and lordship was first promoted with authority by His Apostles who encouraged all people, Jews and Greeks alike, to believe in Jesus as Lord and to follow after Him (Acts 2:36, Acts 10:34-43, Romans 1:16-17).

Christianity, therefore, upholds Jesus as the ultimate model for life: in Jesus we find the expression of God’s ultimate intentions for humanity. He was without sin; when others sinned against Him, He did not retaliate in return (1 Peter 2:21-24). He loved people and went about doing good (Acts 10:38, 1 John 3:16). He stood up against the religious authorities who acted presumptuously and showed disdain for their fellow man (Matthew 23:1-36). He taught in a compelling and authoritative way, clearly setting forth God’s intentions and purposes in ways which all people could gain from and appreciate (Matthew 7:28-29, John 7:45-46). No wonder Christianity can be defined as being conformed to the image of Jesus, walking as He walked (Romans 8:29, 1 John 2:6)!

Christians are those people who strive to practice Christianity, having heard about the good news of Jesus of Nazareth and His Kingdom and who decided to follow after Jesus as their Lord (Matthew 28:18-20, Acts 11:26). All Christians who serve Jesus as Lord and whom He recognizes as His own make up Jesus’ body, the church (Colossians 1:18). These Christians meet together locally to build up and strengthen one another as they work to promote Jesus’ mission to this day (1 Corinthians 14:26, Hebrews 10:24-25).

Unfortunately, Christians are not perfect people. Christians do not always think, feel, or act like Jesus did. Sadly, sometimes the actions of certain Christians and churches cause people to stumble in their faith.

Just because a person claims to be a Christian, or a religious organization claims to be the church, does not necessarily make it so. Many of Jesus’ strongest warnings were to people who said they followed Jesus but did not do what He said to do (Matthew 7:21-27, 25:14-30). Many religious organizations exist which bear little resemblance to the description of churches found in the New Testament. We do well to take Jesus’ advice and to look at the fruits, or results, of such people and organizations: are they like Jesus or not (Matthew 7:15-20)? If they are not like Jesus at all, or are quite unlike the church of the New Testament, they do not belong to Jesus!

Yet even true followers of Jesus sin (Romans 3:23, 1 John 1:8). Christians are to confess such sin to God and again change their hearts and minds toward what Jesus has lived and taught (1 John 1:9). Christians should certainly seek to live up to the standards of Christianity. Yet what does it say about Jesus when so many people are indignant at how Christians do not accurately reflect their Christ? If Christianity is such an excellent standard, would not all men and women of the world do better to seek to follow after Jesus themselves?

Only Jesus was perfect. Please do not confuse Christianity as the standard with the imperfect people aspiring to it. Since Christianity’s standard is so excellent, why not join us as we follow after Jesus?

2 Samuel Israel transformed from a divided, defeated nation to a prosperous, unified, and victorious... 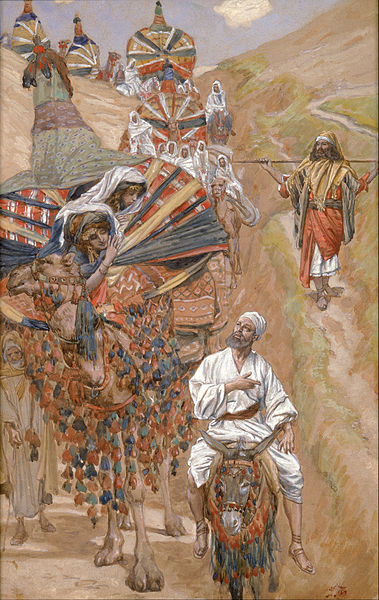 Howbeit for this cause I obtained mercy, that in me as chief might Jesus Christ show forth all his longsuffering, for an ensample of them that should thereafter believe on him unto eternal life (1 Timothy 1:16). https://t.co/IwAmjBTRl5
View on Twitter
0
2
Follow @venicechurch