God had promised to multiply the descendants of Abraham, Isaac, and Jacob, and to give them the land of Canaan. Four hundred years later, the Israelites remained in Egypt, suffering under the oppression of the greatest power of the day. Had God forsaken them? When would God fulfill His promises? The answer begins in the book of Exodus.

Exodus is the second book of the Bible; the word comes from the Greek exodos, meaning “departure.” The book is called Shmot, “Names,” in Hebrew, based on Exodus 1:1. Exodus describes God’s deliverance of Israel from Egypt and the beginning of the establishment of the covenant between God and Israel.

Moses is considered to be the author of Exodus; he would have written it around 1450-1400 BCE. The events described within the book are approximately 300-400 years after the events of Genesis: the events of Exodus 1:1-2:25 describe about eighty years between 1520-1450 BCE, and the events of Exodus 3:1-40:38 likely took place within one year (along with the whole of Leviticus as well as the beginning of Numbers).

Exodus 1:1-18:40 is mostly narrative, describing the exodus from Egypt until Israel arrives at Sinai. Exodus 1:1-2:25 describe Israel’s slavery in Egypt, the birth of Moses, and his life in Egypt and Midian. Exodus 3:1-12:50 describe God’s call of Moses at Sinai, his return to Egypt, the ten plagues unleashed upon Egypt, the first Passover and its legislation, and the exodus from Egypt. Exodus 13:1-18:26 feature the Feast of Unleavened Bread, the consecration of the firstborn, the crossing of the Red Sea, the drowning of Pharaoh’s armies, the Song of Moses, and the beginning of the wanderings in the Wilderness: the manna from Heaven, water from the rock, and the establishment of chiefs to govern Israel.

Exodus 19:1-40:38 is mostly legislation, given by God to Moses at Mount Sinai, featuring laws governing the covenant between God and Israel. Exodus 19:1-20:21 tells of Israel’s arrival at Sinai, preparations for establishing the covenant and hearing the voice of God, God’s proclamation of the Ten Commandments to Israel, and Israel’s fear of God’s voice. Exodus 20:22-23:33 is often called the “covenant code,” and it features legislation regarding altars, slaves, oxen, restitution, social justice, and festivals.

In Exodus 24:1-18, the covenant is confirmed, and Moses returns to the mountain to receive more instruction from God. Exodus 25:1-31:11 describes the Tabernacle to be built with all its necessary altars, tables, utensils, and coverings, the Ark of the Covenant, the lampstands, the priestly garments, how to consecrate the priests, and the selection of Oholiab and Bezalel to build these things. In Exodus 31:12-18, the Sabbath is again enjoined upon Israel. Exodus 32:1-34:35 tells of Israel’s creation of the golden calf and its consequences, the tent of meeting, Moses’ intercession for Israel and his glimpse of the back of God, re-creation of the tablets for the Ten Commandments, and the renewal of the covenant. Exodus 35:1-40:33 provides more Sabbath guidelines, contributions for the tabernacle, and the creation of all the items shown to Moses in Exodus 25:1-31:11. Exodus 40:34-38 describes the presence of God which dwelt at the Tabernacle.

The events of Exodus demonstrate Israel’s dependence on God from its very beginning. The stories describing God’s deliverance of Israel from slavery with a mighty hand, the humiliation of Egypt and the beginning of the fear of God throughout the area, the institution of the covenant between God and Israel, and God’s insistence on respecting His holiness and righteousness tell us much regarding God and how He operates. These themes of deliverance from oppression, redemption from bondage, and the sanctification of God’s name among believers and unbelievers pervade the rest of the Biblical story and feature prominently in the life, death, and resurrection of Jesus of Nazareth. God delivers and redeems; to Him be all praise and glory! 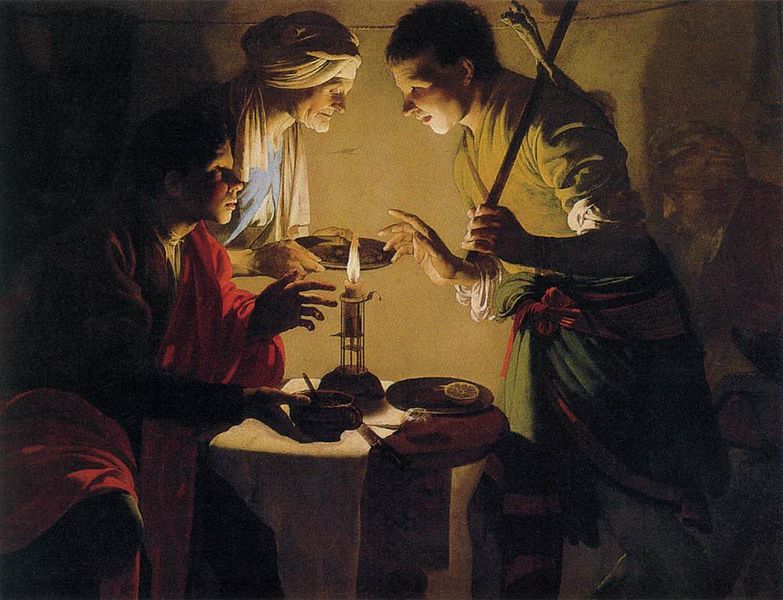