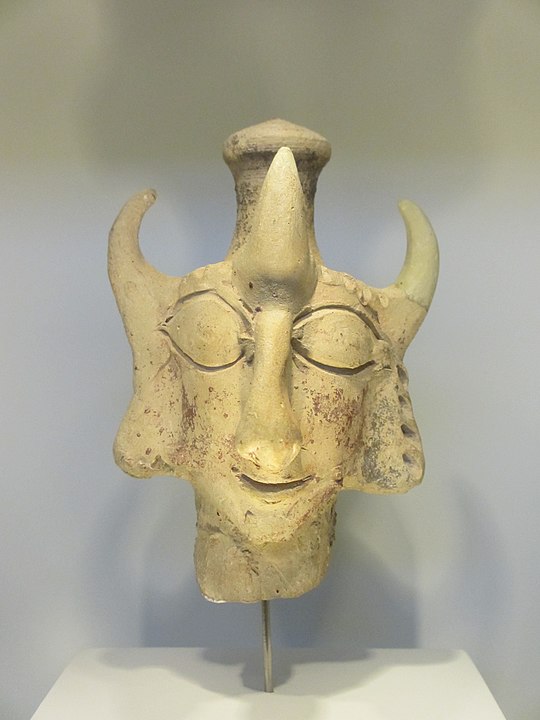 Esau’s loss of the birthright and blessing would significantly affect his descendants; they made space for themselves between the nomads and the settled areas of the Shephelah. The Edomites would make good on what they were given, and would endure in surprising ways.

Edom was the land inhabited by the Edomites, the descendants of Esau, son of Isaac (Genesis 36:8). According to the Genesis author, Esau departed from Canaan and took up residence around Mount Seir, approximately halfway between the southern end of the Dead Sea and the northernmost point of the Gulf of Aqaba in modern-day Jordan (Genesis 36:8). In Deuteronomy, it is revealed the Edomites dispossessed the Horites of this land (which would have been ca. 1900 BCE), and inhabited all of the territory between the southern end of the Dead Sea and the northern tip of the Gulf of Aqaba by the time the Israelites passed around them around 1450 BCE (Deuteronomy 2:8, 12). The Egyptians testify to the presence of the Edomites in this territory during the Late Bronze Age (ca. 1200-1000 BCE), and the Assyrians of the Iron Age also recognize Edom’s existence, even providing the names of some of the Edomite kings of the 8th and 7th centuries BCE. Thus, from around 1900-600 BCE, Edom, the land of the Edomites, was centered on Mount Seir and extended from the Dead Sea to the Gulf of Aqaba to the south and east of the Shephelah of Judah.

While this land was likely more fertile then than it is now, it would still be marginal for agricultural purposes, providing very little in the way of food. The Edomites would be sustained by the two major benefits they obtained from their land: trade and copper. Both the Incense Route and the King’s Highway passed through Edomite territory; the port at Ezion-geber would have at least theoretically allowed for ships to arrive with trade with Africa, Arabia, and even India. The Edomites would have been able to obtain food traveling on these routes, received customs taxes, and would have been able to sell their three main exports: copper, salt, and balsam. Evidence has been found from the Early Iron Age period for significant copper mining at Khirbat en-Nahas which would have required significant administration, strongly suggesting greater political coordination than would be possible with a tribal coalition. The primary god of the Edomites was Qos, primarily known from some theophoric elements in Edomite names in Assyrian and Biblical texts (cf. Ezra 2:53, Nehemiah 7:55). Moses sang of YHWH revealing Himself to Israel at Seir in Deuteronomy 33:2, and Deborah sang of YHWH coming down from Seir for battle in Judges 5:4; thus very ancient traditions associate YHWH with Seir, and some suggest significant associations between YHWH and Qos to explain why we read and hear no discussion or condemnation of Qos in the Hebrew Bible beyond the generalities of 2 Chronicles 25:14-15.

Our understanding of Edomite history from the pages of Scripture is fragmentary. The Genesis author preserved a list of leaders of Edom who reigned before any king ruled over Israel (thus, from ca. 1900-1050 BCE; Genesis 36:19-43). The word used for these leaders is aluph in Hebrew, which is variously translated as “duke,” “king,” or “chief.” In its earliest days Edom might have featured a tribal confederation not unlike Israel would experience in the days of the Judges. Moses asked permission from the king of Edom to pass through his land on the King’s Highway; the king of Edom refused, thus suggesting Edom had coalesced and centralized by this time (Numbers 20:14-21). Edom did not seem sufficiently strong to oppress any part of the Israelite tribal confederation during the days of the Judges; Saul defeated them during his reign, and David subjugated the Edomites and reduced their king to vassalage, a condition which would remain until the days of Jehoram (ca. 1000-850 BCE; 1 Samuel 14:47, 2 Samuel 8:11-14, 2 Kings 8:20-22). Around 795 BCE Amaziah king of Judah would defeat the Edomites at Sela and renamed it Jokhteel (2 Kings 14:7, 2 Chronicles 25:11-13), but was not able to consolidate his victory into subjugation. Edomite liberation probably had more to do with Judahite weakness than Edomite strength; nevertheless, Edom would remain an independent nation until the days of the Neo-Babylonian Empire (604-539 BCE).

In the days of the Neo-Babylonian Empire the Edomites would commit hostile acts toward the Judahites, which led to significant prophetic denunciation and condemnation. Obadiah’s entire message was YHWH’s word against Edom for what they did; similar denunciations can be found in Psalm 137:7, Isaiah 34:5-8, Jeremiah 49:7-22, Ezekiel 35:1-15, and pre-eminently Malachi 1:2-5. The Biblical evidence would suggest if the Edomites were not actually allied with the Babylonians, they at least felt no compunction in taking advantage of what the Babylonians were doing: they participated in the destruction and devastation of Judah. Yet at the same time it seems the Babylonians oversaw or allowed the destruction and devastation of the historic land of Edom; no mention of the kingdom of Edom has been found in non-Biblical texts after 667 BCE. Perhaps the Edomites had agreed with the Judahites to rebel against the Babylonians, but when the army of Nebuchadnezzar II arrived, the Edomites betrayed the Judahites and did not come to their aid.

We may not know exactly what happened during the sixth century BCE, but during most of the Second Temple Period, “Edom” as such no longer existed. By the fourth century BCE what had been “Edom” was now firmly in the hands of the Nabataeans. The people formerly known as the Edomites moved west into Hebron and parts of what had been the Judean Shephelah, south and southwest of Jerusalem, and this land would be known as Idumaea, and its people Idumaeans. The Idumaeans would be conquered by the Jewish Hasmonean John Hyrcanus in 163 BCE, and he forcibly converted them all to Judaism (cf. Josephus, Antiquities of the Jews 13.8.1-6).

For the next 250 years, the Idumaeans would be looked upon with suspicion by Jewish people as “half-breeds”: they may practice Judaism, but they were the descendants of Esau, and the prophetic witness remained very hostile towards Esau. This condition was not improved by the most famous Idumaeans: Antipater, an official under the last Hasmonean kings and made chief minister of Judea by the Roman general Pompey, and his son Herod the Great of Matthew 2:1-18. Herod’s son Herod Antipas would be responsible for killing John the Baptist and assenting to Jesus’ execution (Luke 9:9, 23:7-12), his grandson Herod Agrippa I would execute James and imprison Peter (Acts 12:1-4), and Paul would make his defense and preach the Gospel of Jesus before his great-grandson Herod Agrippa II (Acts 26:1-32). It would not be inappropriate to read the hostility between Esau and Jacob into most of these narratives involving the behavior of the Herod dynasty toward Jesus and His people.

During the First Jewish War, Simon bar Giora devastated the land of the Idumaeans and slaughtered many of them (Josephus, Wars of the Jews 4.9.3-7); Idumaeans were also called in by the Zealots to help them maintain the Temple against the forces of Ananus, and they slaughtered many in Jerusalem, and held firm in the Temple until the Romans broke through (ibid., 4). The Idumaeans as a distinct people no longer existed after the conclusion of the First Jewish War in 70; some of their descendants may have remained as part of the Jewish Diaspora. Some later Jewish traditions would associate the Edomites with the Romans and Europeans, but there is no Biblical or historical basis for such claims.

The Book of Genesis may chronicle the story of individual people but always did so with a view toward the nations which would grow out of those people. Esau lost his standing but would survive on the margins; thus Edom was not a great player in the Levant, but survived on the margins for a considerable period of time. Judah could not forgive Edomite encroachment on their territory. It may have seemed that Judah won the day once they forcibly converted the Idumaeans to Judaism, but then they suffered under the rule of the Idumaean Herods. Yet in the end the fate of Esau was intertwined with Jacob; after the Romans devastated the land, the integrity of Idumaea was undone. They all suffered under the condemnation to which Jesus testified; thus all do well to find salvation in Him and His Kingdom alone!