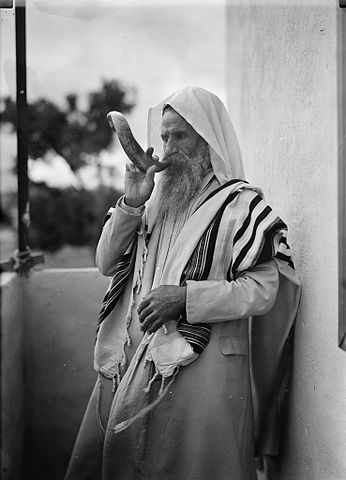 Perhaps one of the more startling and profound charges that God gave to Israel involved the idea of the Jubilee. The Jubilee year represents an idea that seems rather foreign to us in our materialistic society, and yet indicates God’s great concern for the welfare of all of His people.

The Jubilee concept is described in Leviticus 25. God first lays down the legislation regarding the regular Sabbath years: the Israelites will let the land lay fallow every seven years so that the land may receive a rest (Leviticus 25:1-7).

The Israelites are charged to number “seven sevens” of the Sabbath years, which makes up 49 years. On the Day of Atonement (the tenth day of the seventh month) of the 50th year, the Israelites were to sound the ram’s horn (shofar)), and thus proclaim the Jubilee (the word “jubilee” comes from the Hebrew yobel, the proclamation of the ram’s horn; Leviticus 25:8-11).

It is in the Jubilee year that any ancestral land sold to pay a debt was to be returned to its original tenants (v. 13). This is quite a remarkable concept with very radical purposes.

God, quite rightly, is concerned that some among His people will accrue prestige and resources and then use them in ways that oppress their fellow men. God does not intend for the land of Israel to only be controlled by the wealthy; all of His children are to receive their proper share. If times are difficult, and land needs to be sold, that land must be returned, for God delivered all the Israelites from bondage, not just some of them (Leviticus 25:38).

Nevertheless, God does not want people to be cheated, either (Leviticus 25:14). Israelites were not to sell their land at full price just before a Jubilee year and then receive it back again; if they must sell the land, the value of the harvests between that point and the next Jubilee must be ascertained, and thus a priced will be fixed for it (Leviticus 25:15-17).

What is quite profound about this entire discussion is the perspective that Israel is to have regarding their land. As it is written:

And the land shall not be sold in perpetuity; for the land is mine: for ye are strangers and sojourners with me. And in all the land of your possession ye shall grant a redemption for the land (Leviticus 25:23-24).

Israel is not to see the land as something they own; they are sojourners on the land. Others lived on the land before them and others would live on it after them. We, in our Western customs, think highly of land possession and generally accept the premise that we can own property. Yet, in truth, we as Christians should see ourselves as sojourners in this world (Philippians 3:20-21). This principle of sojourning is used to demonstrate the need of the Jubilee: redemption should exist for the land because no one really has any better a claim on it than anyone else.

God required Israel to trust in Him during the Jubilee year. He imagines how the people will ask how they will survive since their fields would be unworked for two years (Leviticus 25:20). God promises that He will provide for them in the sixth year for three years, and that through faith they would succeed and be secure (Leviticus 25:21-22). This is comparable to the faith that the Christian should have toward God in terms of all necessities: if we seek Him first, He will provide our needs (Matthew 6:21-34).

God also has much to say about redemption of land and people in Leviticus 25. As long as proper payment can be made by the person or his family, the land ought to be redeemed from the one who bought it, or it will be redeemed in the Jubilee year (Leviticus 25:25-28). The only exception is for houses in walled cities: if it is not redeemed within a year, it becomes a permanent possession of the buyer, and does not go out in the Jubilee (except for the Levitical cities and the Levites; Leviticus 25:29-34).

The Jubilee was not only about property; it was also about people. In ancient times many succumbed to debt slavery: a man would sell his children, his wife, or even himself to another to serve as a slave to pay off a debt. This is allowed in Israel, but only until the time of the Jubilee or until redemption is paid by the debt slave or his family, and the debt slave is to be treated like a hired servant, since all of the Israelites are really slaves of YHWH. Under no circumstances will an Israelite be sold to a foreigner by a fellow Israelite. Slaves can be bought and/or taken from the nations around them, and an Israelite can even become a debt slave of a foreigner. Nevertheless, in Israel, even the foreigners must respect the Jubilee, and release the debt slave in that year (Leviticus 25:35-55). It is also within Leviticus 25 that we find the legislation indicating that Israelites were not to charge their fellow man with interest; they could only exact interest from foreigners (Leviticus 25:36-37).

This legislation is quite startling; we have no indications as to whether it was ever carried out during Biblical times in Israel. Jeremiah records in Jeremiah 34:8-11 that Zedekiah proclaimed a year of Jubilee only to immediately re-enslave all the debt slaves, incurring the anger of YHWH.

Nevertheless, we can learn much regarding how God expected Israelites to treat one another from the idea of the Jubilee. God indicates that He has no desire for anyone to be wronged: debts need to be paid, yes, and buyers should not lose money on account of the Jubilee years. On the other hand, God’s people should not be consigned to life as debt slaves without any land holdings on account of dire circumstances. God indicates how there should be a balance between the interests of the poor and those with greater means.

The Jubilee concept is one from the Old Testament, and is not explicitly bound upon anyone today. The principles behind the Jubilee year, care for all members of society, ending of oppression, opportunities for redemption from difficult circumstances, equality of all persons under God, and the lack of true claims of ownership over land, resonate with ideas of a just society and proper conduct toward one’s fellow man (Romans 13:8-10, Galatians 2:10; 3:28; 6:10, Philippians 3:20-21, Romans 14:9-12, James 5:1-8). After all, why was it that Jesus came?

And there was delivered unto him the book of the prophet Isaiah. And he opened the book, and found the place where it was written,
“The Spirit of the Lord is upon me, Because he anointed me to preach good tidings to the poor: He hath sent me to proclaim release to the captives, And recovering of sight to the blind, To set at liberty them that are bruised, To proclaim the acceptable year of the Lord.”
And he closed the book, and gave it back to the attendant, and sat down: and the eyes of all in the synagogue were fastened on him.
And he began to say unto them, “To-day hath this scripture been fulfilled in your ears” (Luke 4:17-21).

We now have the Jubilee: the acceptable year of the Lord, the proclamation of liberty to those captive under sin (Romans 6, 2 Corinthians 6:1-2). Let us consider the idea of the Jubilee year, and do what we can to love our neighbors as ourselves!