And this is the message which we have heard from him and announce unto you, that God is light, and in him is no darkness at all. If we say that we have fellowship with him and walk in the darkness, we lie, and do not the truth: but if we walk in the light, as he is in the light, we have fellowship one with another, and the blood of Jesus his Son cleanseth us from all sin (1 John 1:5-7).

Having established the authenticity and origin of his message, John moves on to provide the message itself. That message is that God is light, and in Him there is no darkness (1 John 1:5).

The imagery of light and darkness represents one of John’s favorites, and he uses it often. The Word is described as the “light of men” in John 1:4, and John makes strong parallels between light and life; after all, life on earth exists because of the heat given off by the light of the sun. Yet John is not concerned about the sun, trees, or plants. God is the light because God represents all that is life-giving, good, and holy. Sin and the world are darkness because they represent all that is life-draining, wrong, and perverted (John 1:5; 10, 1 John 2:15-17). Life and holiness come from being in the light; sin and death come from reveling in the darkness.

John’s message, therefore, is an exhortation to righteousness and a rebuke of sin. This is made evident in the discussion present in verses 6-10, all of which comment on verse 5. John then sets up an appropriate contrast in verses 6 and 7. If we profess to walk in the light (be Christians) and yet walk in the darkness (live sinful lives), we are liars, and “do not” the truth (1 John 1:6). James makes a similar point in James 1:22-25, contrasting those who hear and do the Word and those who merely hear it; how many end up being liars to themselves and others by professing religion without really being obedient to Jesus Christ! Truth is not merely some self-evident axiom, or some mental concept worthy of assent. When Jesus asserts that He “is” the Truth (John 14:6), He indicates that truth is not just a set of beliefs, but the actions that correspond to those beliefs. The truth is something to be believed and lived out. Both John and James make it clear that being a Christian is much more than what one says; in the end, what one believes is only demonstrated through what one does.

In contrast, if we walk in the light (be Christians) as God is in the light, we have fellowship with each other, and we have cleansing from sin in Jesus’ blood (1 John 1:7). John makes heavy use of the present tense in this discussion, indicating the continuous nature of our faith. We must continually walk in the light to have continual cleansing from sin. Furthermore, John identifies the nature of the association that exists among Christians: it is based in a joint walk in the light. Christians do not have association with one another merely because they like each other or just so happened to walk into the same church building; their association is based on each person’s realization that Christ is the way to salvation and by finding each other on that road (cf. John 14:6). This is why Christians cannot have association with a wayward brother or sister (cf. 1 Corinthians 5:1-13): they are no longer on the same road. The basis of their association is removed!

God is light, and in Him there is no darkness at all. We would do well to heed the words of John, and walk in the light! 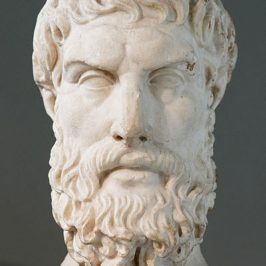 Epicureanism and the Modern World Philosophy is one of those things, like theology, which a...

In Defense of the Spiritually Conservative Mindset Of all the various divisions present in the...