The story of the Maccabean revolt and the tyranny of Antiochus IV Epiphanes that prompted it is told in some detail in the apocryphal book of 1 Maccabees. Many details, however, were left untold. Many such details are preserved in 2 Maccabees; some provide illumination about Jewish confidence in God and in the resurrection.

2 Maccabees was preserved in Greek as part of the Septuagint and was written primarily in Greek. The author of 2 Maccabees is unknown; he claims to be condensing a five-volume work by Jason of Cyrene (since lost). Some parts of 2 Maccabees seem to be original to its author; we do not know how much was copied versus what derives from the author himself. The work is presented as part of a letter from Jews in Jerusalem to Jews in Egypt written around 124 BCE, focusing primarily on events which took place between 180-161 BCE. Some believe that the work is a later compilation of the letters and the condensed history collected in the first century BCE.

2 Maccabees is justly reckoned as part of the apocrypha and not as inspired Scripture; the author wrote while no prophet dwelt in Judea (cf. 1 Maccabees 4:46, 14:41). Only within Roman Catholicism, and then only beginning in the medieval period, did anyone consider the work inspired. Even though it is not inspired, 2 Maccabees remains a profitable resource to see the development of the glorification of martyrdom and Jewish confidence in the resurrection during the Second Temple Period. 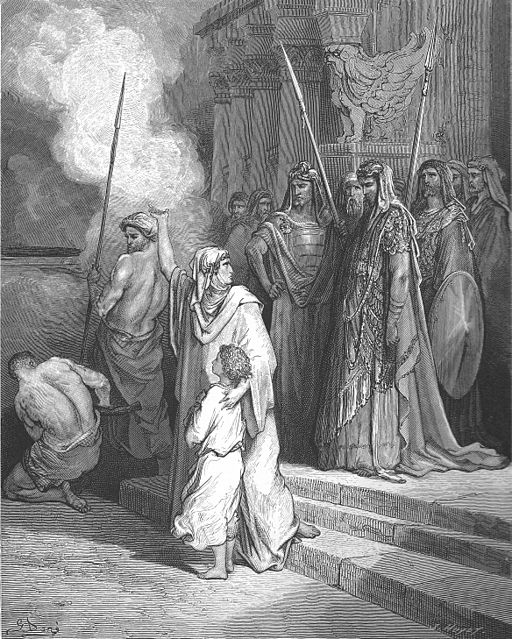 2 Maccabees begins with letters to Jews in Egypt regarding the establishment of feast days to celebrate Hanukkah: the letters describe legends about special fire for the Temple in the days of Nehemiah and Jeremiah as having preserved the Ark and other Temple instruments in a cave (2 Maccabees 1:1-2:18). The author then set up his narrative, explaining his dependence on Jason of Cyrene and describing his task (1 Maccabees 2:19-32).

The author of 2 Maccabees began his historical narrative by providing far more background information about the situation in Judea before the Maccabean revolt than what is seen in 1 Maccabees (180-167 BCE; 2 Maccabees 3:1-8:1). The story begins with Onias (III) the high priest and Heliodorus the king’s representative, the latter having been encouraged to plunder the Temple, but was miraculously hindered; Jason’s accession to the high priesthood soon after Antiochus IV Epiphanes’ accession to the throne and his Hellenization program; Jason’s fall before Menelaus, who himself did evil, including killing Onias; Jason’s failed assault on Jerusalem while Antiochus was on campaign in Egypt; Antiochus interpreted the events as a revolution, and thus enacted his oppressive legislation against the practice of Judaism; Antiochus defiled the Temple and plundered it; the author explained the events theologically as God punishing Judah for their transgressions (2 Maccabees 3:1-5:27). The author provided some detail as to the debauchery of the age and the penalties imposed on those who sought to observe the Law; of note are the martyrologies of Eleazar an aged scribe and a mother and her seven sons, whose deaths are recounted in gruesome detail but whose final speeches testified to their faith in God and confidence in the resurrection (2 Maccabees 6:1-7:42).

The rest of 2 Maccabees provides an account of Judas Maccabeus’ revolt from his accession to his defeat of Nicanor, paralleling 1 Maccabees 3:1-7:50 (ca. 167-161 BCE; 2 Maccabees 9:1-15:39): the defeat of Nicanor, Timothy, and Bacchides, Antiochus’ illness and a letter he sent the Jews, Antiochus’ death, the cleansing of the Temple, accession of Antiochus V Eupator, the defeat of the Idumeans, Timothy, and Timothy’s death, the defeat of Lysias and a peace treaty that followed, the death of Menelaus, the accession of Demetrius I Soter and his elevation of Alcimus to the high priesthood, the decisive victory against the forces of Nicanor, who died in the fighting, and the final establishment of the Maccabees in Jerusalem.

The author of 2 Maccabees makes many theological pronouncements, seeing God as bringing Antiochus against Judah as punishment for the latter’s sin, and Antiochus’ death and the repeated defeat of his forces as God having rendered judgment on him and his empire. The great detail provided in the stories of the martyrs and their unshakable faith in the resurrection is notable. 2 Maccabees 12:39-45 speaks of Judas as collecting funds for a sin offering for those who died in fighting with idols on their chests, explicitly suggesting that such an offering would provide atonement for them after death; such would become the justification for the Roman Catholic doctrine of purgatory. Likewise, 2 Maccabees 15:11-17 recounts a purported vision of Judas: he sees Onias commending Jeremiah as one who continually prays for Jerusalem, and who gives Judas a golden sword to strike the enemy. Such a view is claimed to support Roman Catholic and Eastern Orthodox doctrines of post-mortem intercession of the saints. Creation from nothing (ex nihilo) is commended in 2 Maccabees 7:28.

2 Maccabees lays out the events leading up to the Maccabean revolt and its successful liberation of Jerusalem with a Pharisaic Jewish perspective. Some elements of this perspective, commending sin offerings on behalf of the dead and the continual intercession by the dead, are theologically speculative and by no means authorized by Jesus or the Apostles. In this way we have confidence that 2 Maccabees is not inspired Scripture and should not be treated as such. Nevertheless, 2 Maccabees illuminates the world of first century Second Temple Judaism; we can understand why Jewish people proved so willing to die on behalf of their faith, and why so many are willing to have great confidence in the hope of resurrection, a theme barely mentioned explicitly in the Old Testament. May we have confidence in God and in the hope of resurrection through Jesus His Son and be saved! 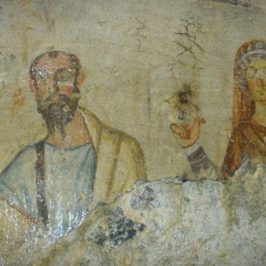