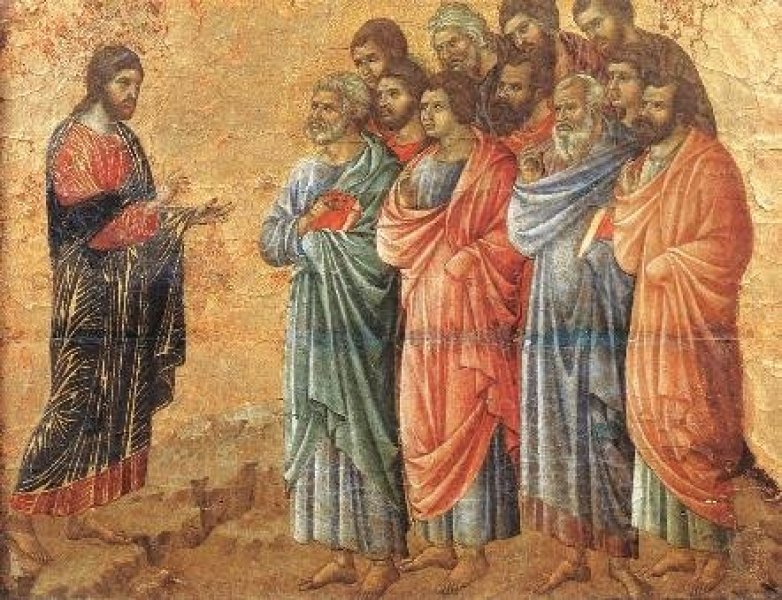 The Anchor of Tradition (2)

Tradition holds an ambiguous place in Christianity. As things handed down over time, holding to traditions is both commanded and chastised at various times in Scripture (Matthew 15:1-9, Mark 7:3-13, 1 Corinthians 11:2, 23-26, Colossians 2:8, 2 Thessalonians 3:6). Thus those who wish to commend tradition find Biblical precedent; and yet, those who prove more skeptical of the value of traditions find Biblical ground as well. In truth, traditions are not inherently good or bad; they can be used to glorify God or they can be used in ways contrary to His purposes. Such is why Scripture commends and critiques tradition: they exist by necessity, but are they used to glorify God or magnify humanity?

Tradition in Christianity serves, in many respects, like an anchor. A boat’s anchor provides grounding: its weight makes sure that the boat will not move very far once the anchor is cast. There are many ways in which such grounding proves good and valuable: God has not changed, nor has His purpose for humanity, and the same Gospel which saved two thousand years ago saves now, and so the proclamation of the Gospel should remain steadfast (Romans 1:16, Ephesians 3:10-11, Hebrews 13:7). And yet this grounding, in other respects, can prove very detrimental; we do well to explore the challenges which come from the anchor of tradition.

Christianity represents the proclamation of the good news of Jesus of Nazareth, His life, death, resurrection, lordship, and imminent return (Acts 17:30-31, Romans 1:16, 1 Corinthians 15:1-7); people strive to follow Jesus in their particular time and place once they have come to accept the truth of this message and obey it (1 John 2:6). Christians must never compromise the message of the Gospel (Galatians 1:6-9), and yet many times Christians are tempted to beyond the substance of the Gospel and insist on particular cultural expressions of Christianity and/or specific teachings which go beyond what the Lord has required. Sometimes Christians insist not only on a particular expression of Christianity but even commend a whole culture or subculture in the name of tradition! Such is how Christians can become guilty of the very things which Jesus condemned in the Pharisees and religious authorities by teaching as doctrines the commandments of men (cf. Matthew 15:1-9, 23:1-36). For instance, God’s Word is truth (Psalm 119:160), but to insist on one particular translation or version of the Bible is to uphold the traditions of men. People may like a particular translation or version of the Bible; such is well and good until they attempt to impose that translation or version upon others. Likewise, Christians are to maintain a modest disposition in terms of clothing they wear (1 Timothy 2:9), but to insist on one particular cultural expression of clothing as representing good and modest clothing is to uphold the traditions of men. None of us wear the types of clothing worn by Jesus, the Apostles, or early Christians; to make clothing the standard by which we judge others does not merely go beyond what is revealed in Scripture but runs afoul of what James commanded in James 2:1-9. Christians are to honor earthly authorities (1 Peter 2:11-18), but to insist that any given nation-state is a “Christian nation” goes well beyond anything God made known in Christ; it is not for Christians to uphold any given nation-state’s values, but the values of the Lord Jesus Christ and His Kingdom which transcends the nation-states (Daniel 7:13-14, Philippians 3:20-21, Revelation 19:16). We are not to destroy on account of Bible translations, clothing, or nation-states him for whom Christ died; it is not for us to proclaim the “good” news of a past culture or existing nation-state but the good news of Jesus of Nazareth crucified, risen, and made Lord of all.

Tradition can also blind us to our weaknesses. For generations Christians have sought to contend for the faith (Jude 1:3); our faith is often shaped by the lessons and the experiences gained by those who have come before us. We are therefore on the lookout for the same types of dangers, difficulties, and false teachings which those who came before us confronted. Meanwhile, other dangers and difficulties might creep in unaware. We run the risk of feeling content as long as we have come to agreement on certain doctrinal truths and define “sound” or “healthy” in far more restrictive ways than can be seen in the New Testament. The church in Ephesus was doctrinally “sound” but risked losing their standing before Jesus because they left their first love (Ephesians 2:1-8); it proves very easy to focus on doctrine to the detriment of practice. It was not enough to accept the truth of what the Apostles handed down to be true; it must be obeyed and practiced (cf. 2 Thessalonians 3:6-15). The sum of God’s Word is truth, and we must be aware of the dangers which prove willing to afflict the people of God from all sides, not merely the ones which prove evident at any given moment (Psalm 119:160, 1 Peter 5:8).

As Christians we must uphold the apostolic faith and its practice (2 Thessalonians 3:6, Jude 1:3), but must do so within the society and culture in which we presently live (1 Corinthians 5:9-10). It is not for us to seek to live according to the way things were in the 30s or the 1530s or the 1840s or the 1950s; we cannot assume that we can proclaim the Gospel in the exact same way it worked 50 or even 25 or 10 years ago. Likewise, as time goes on, we ought not to attempt to uphold the way things are in 2016. It is every successive generation’s endeavor to stand firm for the Lord Jesus in their time and place, finding ways to communicate the Gospel message, upholding what is good and true in a compelling way (Romans 1:16, Ephesians 6:10-18).

Certain traditions do well to anchor us in the apostolic faith and practice manifest in the New Testament. We must ground ourselves in them and uphold them. Other traditions weigh down and hinder the practice and proclamation of the Gospel of Christ manifest in the New Testament. We must recognize them for what they are and remove them. We are tempted to consider our doctrinal and practical traditions as equal to or part of the apostolic faith and practice; we must resist that temptation. May we in every respect contend for the faith delivered once for all by the Apostles, and proclaim that faith in word and deed in every generation!