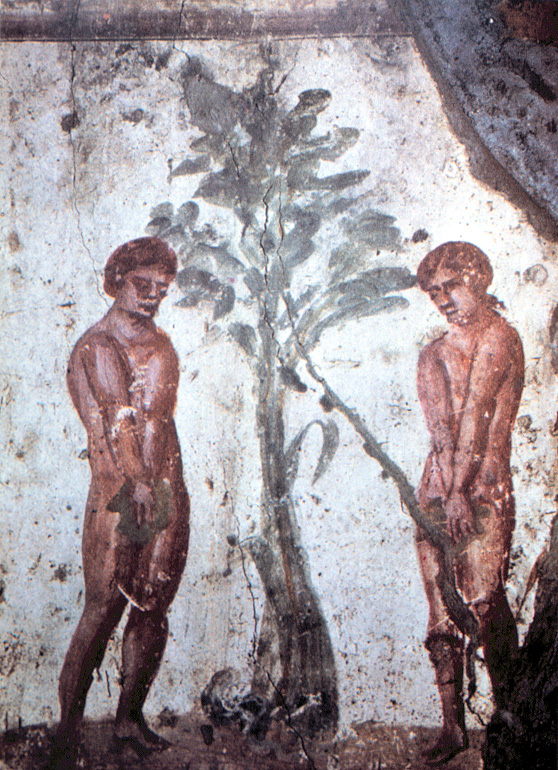 You Shall Be As God

And the serpent said unto the woman, “Ye shall not surely die: for God doth know that in the day ye eat thereof, then your eyes shall be opened, and ye shall be as God, knowing good and evil” (Genesis 3:4-5).

The first temptation set the stage for all temptation.

Most people are familiar with the Genesis author’s account of man’s fall from paradise: Eve was tempted by the serpent, who later is identified as Satan, and she partook of the fruit of the tree of the knowledge of good and evil, violating the one command God had given to Adam and Eve (Genesis 3:1-6; cf. Revelation 12:9). Much is made of many of the details of the story: the serpent’s original line of questioning; Eve seemingly adding an additional aspect beyond what God had commanded (to not even touch the fruit); the serpent adding one word to God’s command and thus changing everything (“you shall not surely die!”); the process by which Eve was seduced to eat the fruit by seeing it was good for food, a delight to the eyes, and desirable to make one wise, and the parallels with the ways of the world in 1 John 2:13-16; Adam’s presence yet silence, and his complicity by eating as well. These details are important and provide many lessons. Yet a core emphasis of the serpent is often passed over or neglected: the suggestion that God is holding out on Adam and Eve because if they ate they would “be as God” in knowing good from evil (Genesis 3:5). To this end Eve perceived the fruit was desirable to make one wise (Genesis 3:6): she was willing to countenance not only the challenge to God’s goodness and faithfulness but fell prey to a desire to be greater than their created station and to be as God.

Thus Adam and Eve were tempted by the serpent to exalt themselves beyond the way God had made them and to go beyond what God established was good for them to know and do. Yet the challenge and the temptation did not stop with Adam and Eve. How many among us have thought about going up to Adam and Eve in the resurrection and chiding them; after all, did they not have but one job? Why could they not handle that one command? Yet their story is told because it is also our story. If we had been Adam or Eve, we would have done the same thing, because we have done the same thing. We have been innocent. We have heard a command from God. We have listened to the Evil One ask questions about that command. We might well have recognized the command and even added a little bit more to it as a hedge to protect ourselves. The Evil One has given us reason to wonder if God is holding out on us, has minimized the consequences of our behavior, and has challenged us whether God is truly good, loving, or faithful. And the Evil One has often played on our conceit and suggested we could become more like God. And we have listened, and in our own ways we have partaken: we have fallen prey to the lust the eyes, the lust of the flesh, and/or the pride of life. Such is not an attempt to deny or minimize the historicity of Adam and Eve; it is a reminder that the Genesis author was motivated by more than just setting forth the historical record when telling the story.

As Christians we have been told that trying to be like God is a good thing: we should try to be holy like God is holy, right? Indeed, there are many ways in which we ought to become more like God and God is glorified in it. But all impulses humans have can be directed either for the good or in more base, corrupt ways.

David well confessed how God made humans a little lower than the heavenly beings and crowned him with glory and honor (Psalm 8:5). We can act with great nobility and truly exemplify what is good, right, and holy. Yet we are also easily unsatisfied with our condition and aspire for more. We can take our great capabilities and direct them toward domination, manipulation, and oppression in our attempt to be as God.

God made us with these capabilities because He made us in His image, intending to share in relational unity with Him and to exercise dominion over His creation (Genesis 1:26-28). Such great power comes with great responsibility. In our corruption, however, we are unsatisfied with our current condition. We want to know more and accomplish more. The “more” is not necessarily intended to glorify God; it is to glorify ourselves. We want greater control over how life begins, proceeds, and ends. We want more control over our environment. We do not want to countenance having to submit to any power greater than ourselves. We want to be as God.

The serpent’s statement was true as far as it went: when Adam and Eve partook of the fruit, they did become as God in knowing good and evil. But that knowledge was not good for them. It did not make them gods; it all too clearly proved their limitations and failures. So it goes when humans, in their presumption, would be as God. Our most acrimonious debates in the public square center on those aspects in which we have accrued power beyond that of our ancestors over life: in terms of fertility, conception, pregnancy, birth, and end of life issues. Our technological developments have been used to preserve life but have also been used to take more life than ever before. The very things we develop in order to make life easier and more comfortable also contain the seeds of devastation and destruction of all we seek to enjoy. We easily get frustrated with those ways in which we are less than God and thus seek to escape into the realm of fantasy and imagination in which we can transcend those limitations. We are tempted toward false modesty when faced with the consequences of our aspirations to be as God, for the wreckage of our havoc reinforces for us how we are very human indeed. Whenever we seek to be as God we are quickly reminded of how “human” we are.

As Christians we do well to pray with David for God to keep us back from presumptuous sins (Psalm 19:13). We ought to seek to be holy as God is holy, and to be conformed to the image of God’s Son (cf. Romans 8:29, 1 Peter 1:15-16): it must be underscored how we are to become as God in terms of love, grace, mercy, and especially humility, for God’s Son did not come to be served but to serve and give His life as a ransom for many (Matthew 20:25-28, John 13:1-35). We seek to become as how God treated us in how we treat Him and others; we must always and fully confess that we will never become God, and it has never been for us to be as God. God is God; we are His creation, and we should rejoice in our station, and glorify and exult our God as part of that creation. Whenever we try to become like God in our presumption, death, devastation, and despair follow in its wake. Whenever we try to become like God as He has revealed Himself in Christ, life, light, and healing has given hope and sustenance to mankind and the creation. Let us seek to become like God in Christ, and cease presuming to be as God, and obtain life in Him!