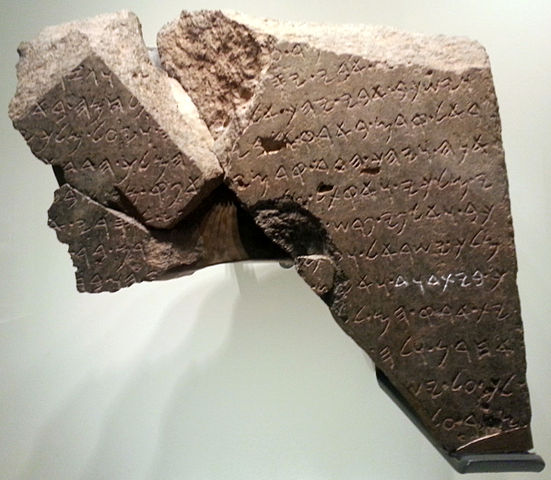 Are the Biblical Accounts of Israelite History Myths?

Since the “Enlightenment” and the beginning of the “Age of Reason” (ca. 1650-1750), many have sought to consider all aspects of religion to be matters of myth and superstition. Many such people have denied the existence of God and all things supernatural. It is not surprising, therefore, that they have also attempted to cast aspersions on the record of history preserved in the Old Testament.

At one time these beliefs were restricted to the élites in the universities and seminaries, first in Europe, and then in America. Now their views are represented among a good number of “secular” people, especially those influenced by higher education. These views are also strenuously promoted through Internet articles and sensationalized television shows and find a far broader audience than before.

While different schools of thought grant different levels of legitimacy to different amounts of Israelite history as reflected in the Old Testament, all three which we will consider agree that at least part of that history did not actually happen. In their estimation, some part of Israelite history are myths, that is, stories invented to explain a group’s existence, identity, location, customs, or other similar matters. Some would suggest that whole stories are complete fabrications; others would allow that certain individuals did exist in history but some or most of the stories told about them did not really happen. All would attempt to divorce the miraculous or supernatural from the narratives.

The most extreme school of thought is the minimalists, also known as the “Copenhagen School,” prominent in parts of northern Europe. In their eyes, the entire Old Testament is suspect, written entirely during the Persian (ca. 530-332 BCE) or Hellenistic (ca. 332-167 BCE) periods. They would not deny the possibility of the Old Testament preserving actual historical records, but believe that it is not possible to sort out fact from fiction. In their view, the Old Testament is useful only in understanding how Jews in the Persian and/or Hellenistic period understood themselves and their nationality, and any attempt to understand Israel as a historical nation before the exile is historically dubious.

Most scholars repudiate the minimalist school as extreme, but dispute among themselves as to the extent of the legitimacy of the Old Testament historical narratives. In general, the older the narratives in the Old Testament, the more likely scholars are to believe it to represent mythology and not true historical events. To that end, most accept the history of the divided kingdom from 1 Kings 12 through 2 Kings 25 and the post-exilic events of Ezra and Nehemiah as generally valid. Many accept the history of the United Kingdom from 1 Samuel 8 through 1 Kings 11 as valid, but the advocates of the “low chronology” suggest that if those kings ever existed, they would be more like tribal chieftains, and place the archaeological evidence previously associated with the time of David and Solomon to the days of Omri and Ahab. Some believe the period of the Judges to broadly represent historical fact. The conquest of the land in the days of Joshua is heavily disputed: some scholars deny that the conquest ever happened, instead believing either that the Israelites more peaceably entered the land and ultimately overran much of its territory or that the Israelites were really a collection of Canaanites who banded together to become one nation. Other scholars believe the Israelites did conquer parts of Canaan. Most scholars believe the Exodus account to be largely mythological: some scholars will accept the idea that a band of people left Egypt and eventually settled in Canaan, either all at once or in stages, but precious few accept the Exodus account as stated. Most have also relegated all of the stories in Genesis into the category of myth. In the academic world, most of those who continue to accept the entire Old Testament history of Israel as historical fact are many scholars and theologians associated with “conservative” Evangelical Christianity, and some among Orthodox Judaism as well.

Archaeological discoveries are the main reason why most people have rejected the beliefs of the minimalist school. Texts and other objects found both in the land of Israel and in the greater Egyptian and Mesopotamian area broadly agree with the historical narratives found regarding the periods of the divided kingdom, the exile, and after the exile. The “Cyrus Cylinder,” discovered in Babylon, extols Cyrus as a king who allowed people to return to their homelands and who restored temples and service to the gods, consistent with the decree of Cyrus for the Jews as preserved in Ezra 1:1-4. The “Nebo-Sarsekim Tablet” was also found in Babylon, naming the same official as found in Jeremiah 39:3. King Hezekiah of Judah is attested in Sennacherib’s Prism, describing the devastation of Judah and the siege of Jerusalem according to the perspective of the Assyrians, the Siloam inscription discovered in the Siloam Tunnel in Jerusalem, and by many seals (called bullae), particularly around Jerusalem. The Mesha Stele tells the Moabite version of the narrative found in 2 Kings 3:4-8, and explicitly names Omri as king of Israel, the men of Gad, and speaks of YHWH. An Aramean inscription found in Tel Dan and dated around 850-800 BCE speaks of victory over the king of Israel and the “house of David.” Stories of Canaanite religion found among texts from Ugarit in northern Phoenicia are consistent with the portrayal of Canaanite religion (and the basis of much of Israel’s idolatry) in the Old Testament. These and many other discoveries directly and indirectly demonstrate that the historical narratives of the Old Testament fit within their time and place.

The recent discovery of a well-established fortress at Khirbet Qeiyafa dated to the period of the United Monarchy suggests that David and Solomon were more than mere tribal chieftains. The earliest evidence for Israel outside of the Bible comes from the Merneptah Stele, ca. 1213-1203, in which Pharaoh Merneptah of Egypt boasts that he laid waste to Israel, an event unattested in the Old Testament. Even though we have not discovered any direct evidence for earlier events, many of the features of the narratives in Genesis are consistent with their time period toward the end of the third millennium BCE in ways inconsistent with later times (e.g. Sarai giving Hagar to Abraham to bear children, Genesis 16:1-4).

Archaeology and history do not disprove the narratives of the Old Testament; in fact, they show how those narratives are consistent with their times and places. If it were not for the existence of Judaism and Christianity, and modern desires to reject and repudiate religion, much of this doubt would not exist. We have no good basis upon which to doubt the legitimacy of the historical narratives of the Old Testament; we therefore do well to accept them as true as we serve Jesus, the fulfillment of Israelite history, as Lord! 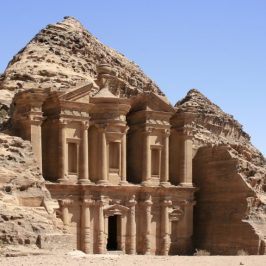