Christ, All in All

“We hold these truths to be self-evident, that all men are created equal.” This is the one of the ideals enshrined in the Declaration of Independence, but the idea did not originate there. The idea that all men (and women) stand as equals before their Creator comes from Paul and the New Testament.

Paul emphasizes to the Colossians and to the Galatians how all divisions that keep people apart in the world have no place in the Kingdom of Christ (Galatians 3:28, Colossians 3:11). Rich or poor, slave or free, Greek, Jew, or barbarian, man or woman: all can be in Jesus Christ, and all are one in Christ.

This message was radical in the first century and it remains radical in the twenty-first. Even though it has been the ideal to believe that all men are created equal, there still remains plenty of prejudice in society. Racial disharmony still exists, even though few speak about it openly and plainly. There remains plenty of judgmentalism against those in different economic classes, regions of the country, cultures, and so on and so forth. We can always find plenty of reasons to consider people of other classes, cultures, races, languages, etc., as inferior or worth less than ourselves.

Yet none of this is true in reality. The truth, uncomfortable for many, is that we are all sinners, we are all guilty, and there is no reason for any of us to feel morally superior or inferior to anyone else (Romans 3:23, Philippians 2:1-4). Believers in Christ should actually be thankful for this: after all, if God were going to be prejudicial, He would have favored Israel according to the flesh, and we who are Gentiles would remain excluded from the covenant and condemned (cf. Ephesians 2:1-18)! Jesus of Nazareth was a first-century Palestinian Jew, not a white Anglo-Saxon American, or African-American, or Hispanic, or anything else. Through His death He reconciled us all to Him so that we would not be hindered by these divisions any longer (cf. Ephesians 2:11-18)!

Let us not imagine that it was “different” or “easier” then than it is now. For generations Jews were raised to feel morally superior to Gentiles (cf. Galatians 2:15); in Christ, they were now one. Greeks were bred to feel superior to all the heathen barbarians and their barbarian tongues (the word “barbarian” comes from the “bar,” “bar” sounds that Greeks heard as the language of foreigners); now, in Christ, they were one with those barbarians. In fact, even the Scythians, who defined barbarianism and were the ultimate in unsophisticated, could be one in Christ with Greeks and Romans and Jews!

The situation was similar for masters and slaves and men and women. After all, according to the society of the day, there was a reason that masters were masters and slaves were slaves. Yet now master and slave were both slaves of Christ (cf. Romans 6:18-23), and were now one in Christ. Ancient societies, in general, believed women to be morally and intellectually inferior to men. Yet, in Christ, both have equal standing. Notice that this equality does not change the fact that men and women and masters and slaves have different roles in which they function, and those roles are maintained (cf. Ephesians 5:23-6:9). Yet they all remain equally valuable before God.

Until the Lord returns, people will continue to use the differences that exist among themselves to judge one another, condemn one another, exclude one another, and to dislike one another. After all, it is more comfortable to believe that one is better because of one’s race, nationality, ethnicity, cultural heritage, class, and the like. Nevertheless, Jesus broke down all such barriers when He suffered and died on the cross. The hostility has been killed. God’s manifold wisdom can now shine forth in the church: the assembly of the saints, Jew and Gentile, white, black, Hispanic, Middle Eastern, and east or south Asian, rich and poor, male and female, employer and employee. A group of people who believe that whom you serve is far more important than what you look like or who your ancestors are or how much money you have in the bank. A place where different people with different abilities and perspectives come together to make up for the deficiencies of each other to the glory of God (1 Corinthians 12:12-27).

That is a beautiful vision, and if we believe in Christ, we must work to put that vision into place. We can only do that by killing our own hostility toward other people through reflecting Christ: self-sacrifice, humility, and love (cf. Romans 8:29, 12:1). The barriers we may be tempted to build up against other people based on race, class, or culture must be torn down if we are going to show the love of Christ to all men and women (cf. 1 John 4:7-21)! Our faith and confidence rests on the fact that God no longer shows partiality (Romans 2:11); if we continue to show partiality and prejudice, how can we live godly lives? Let us put to death any hostility and prejudice that may remain in our hearts toward our fellow man, just as we put the man of sin to death (cf. Romans 6:6, 1 Peter 2:24), and glorify God that we can all be one in Christ! 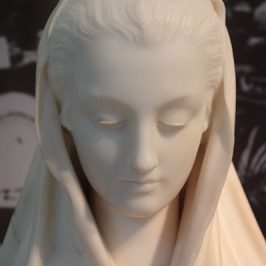