The Christian and Justice

Lord YHWH of Hosts, the Creator of heaven and earth, founded the creation in justice and is enthroned on justice (Psalms 33:5, 97:2, 111:7). He is indeed the God of justice (Isaiah 30:18, Malachi 2:17). Justice involves the commendation of right conduct and punishment of wrong conduct. Injustice, by contrast, justifies and perpetuates wrong conduct to the expense of right conduct. In His wisdom, God has established the creation in justice: right conduct and a healthy concern for justice leads to the thriving of the creation and humanity its stewards; greed for unjust gain perpetuates oppression, misery, and the degradation of the creation (e.g. Hosea 4:1-4). Throughout time God has sought to uphold justice in His creation (e.g. Genesis 18:19, Jeremiah 4:2, Amos 5:24, Matthew 23:23). Man, as made in God’s image, maintains the capacity to live justly; unfortunately, man has also been corrupted by sin, and has a tendency to commit injustice and oppression when given the opportunity to advance his or her own interests (Genesis 1:27-28, Romans 5:12-21, James 5:1-6).

The Scriptures testify of Jesus of Nazareth as the Christ, the promised King of Israel, who is the image of the invisible God (Colossians 1:15). The prophets expected the Christ to reign in justice and righteousness (Isaiah 9:7, Jeremiah 33:15). In His life Jesus embodied God’s standard of justice, proclaiming the good news of the Kingdom of God to the poor and oppressed and chastising the religious authorities for their injustice (Matthew 11:1-6, 23:1-36). In His death Jesus suffered the penalty for sin and transgression, satisfying the standard of justice and overcoming evil and sin (1 Peter 2:18-25). Jesus has been given all authority; God vindicated Jesus in His resurrection, ascension, and the fulfillment of all He spoke regarding Israel in the destruction of Jerusalem in 70; Jesus will return and all will stand in judgment before Him based on what He has made known (Matthew 24:1-25:46, John 12:48, Acts 17:30-31).

As the embodiment of God’s character and the fullness of God in bodily form, Jesus ought to be the Christian’s model in all things, including the pursuit of justice (John 14:6-8, Romans 8:29, Colossians 1:15-2:12). To this end Christians ought not take their own vengeance, but should give space for God to render justice; they must embody the pursuit of justice in their lives and interactions with others; they must not perpetuate, justify, or prove indifferent to injustice; and they must recognize the role of the state in establishing and maintaining justice, while proving willing to expose and critique whenever the state tolerates or perpetuates injustice and oppression.

The Apostle Peter insisted Christians follow the example of their Lord: as Jesus did not revile or threaten when He suffered and was reviled, but entrusted Himself to Him who judges justly, so Christians must entrust themselves to a faithful Creator while doing good (1 Peter 2:23, 4:19). Paul encouraged Christians to a similar end in Romans 12:19-21. The impulse to be vindicated when wronged or oppressed is built into humanity, and it is good and will receive its satisfaction at the appropriate time; nevertheless, Christians are not to take justice into their own hands, but give space for the wrath of God. Christians are not to violently resist the evil person but can certainly take every opportunity to participate in creative nonviolent resistance to expose the injustices and oppression perpetrated on them and others on the earth (cf. Matthew 5:38-42).

Christians must resist all injustice and oppression, just as their Lord did. Christians primarily resist injustice in their personal lives and interactions with others. James encouraged visitation of widows and orphans in their distress because they had otherwise been neglected in society (James 1:27), reflecting Jesus’ concern for care for the least of those among them (Matthew 25:31-46). Christian observance of the life embodied in Jesus and displayed in various exhortations and household codes would lead to better treatment of humanity (Galatians 5:19-21, Ephesians 5:1-6:9, Colossians 3:1-4:7). Christians do well to stand up and support those whom society has forgotten, neglected, or marginalized, while providing the example and words of Christ to all.

Likewise, Christians must be on guard lest they justify, prove indifferent to, or actively participate in forms of injustice and oppression. James warned Christians against showing partiality based on social class and standing (James 2:1-10); Paul condemned the Corinthian observance of the Lord’s Supper on similar grounds (1 Corinthians 11:17-34). The earliest Christians tended to be poor and more likely to suffer injustice rather than perpetrate it; as Christians have gained wealth and social standing, great care must be exercised lest we find ourselves on the wrong end of God’s judgment against injustice. History is now littered with too many examples of people who simultaneously professed Christ while perpetrating systems which caused great abuse and suffering to others in order to gain profit and wealth. We should be ashamed of such hypocrisy and flee from it, lest the condemnation of James 5:1-6 becomes our own.

God has authorized earthly rulers and their agents to maintain justice on the earth (Romans 13:1-7, 1 Peter 2:11-18). If an earthly ruler desired to know what justice in the sight of God looks like, he or she would do well to consider Isaiah 1:17, Jeremiah 7:5-6, 22:3: show concern for the oppressed and marginalized, judge fairly, eschew bribery, and avoid shedding innocent blood. All states feature human rulers; all humans have sinned and fallen short of the glory of God; all states thus fall short of upholding God’s justice (Romans 3:23; cf. Revelation 13:1-7). It is not the Christian’s job to judge the state; God judges in His good time. But the Christian must expose and critique the darkness in the state, pointing out where injustice is perpetrated and justified, how the wealthy use their influence to craft policy to benefit and advance their purposes to the harm of others, and to unmask the often less than sanctified justifications given for aggression against other states (Ephesians 5:11-13, Revelation 13:1-18, 17:1-18). Christians must prove as willing to challenge those who would ally with them as much as those who stand against them in these matters.

God remains the God of justice; He is also a God abundantly full of love, grace, and mercy, and stands willing to pardon, but continues to uphold righteousness and justice. As Christians we do well to embody God’s purposes for justice in Christ. We do well to uphold justice and righteousness while remaining humble, entrusting judgment to God, and seeking to find any means possible to show love, grace, and mercy to others so they would repent and be saved. We must resist all the extremes: we must not spend so much time concerned about injustice on earth that we forget about promoting the Gospel and guiding people to salvation, but we cannot sincerely love anyone’s soul if we prove utterly indifferent to (or, God forbid, actively perpetuate) the injustice or oppression they may suffer. We cannot focus on one particular form of injustice to the neglect of all others; we must never become affiliated or identified with any party or cause which embodies only a part of God’s purposes in Jesus while justifying a host of other forms of injustice. May we follow the Lord Jesus and seek to embody justice and righteousness in our lives!

4 Ezra The severity of the blow of the destruction of Jerusalem by the Romans... 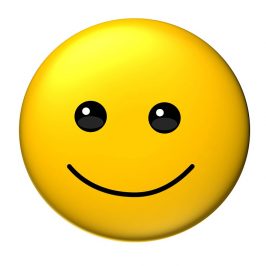