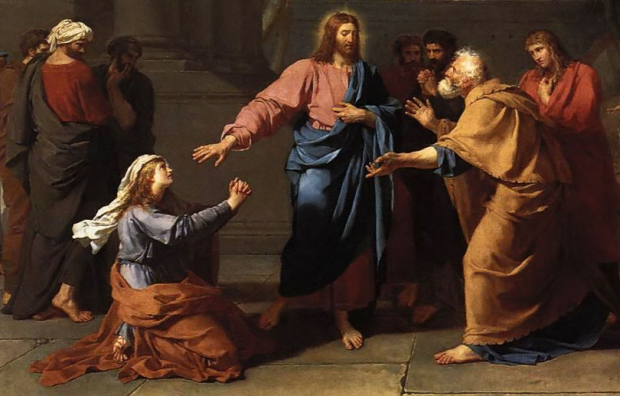 The Christian and Liberality

Within many sectors of “Christendom” the word “liberal” has become derogatory and used often as a slur. Such is tragic, since according to the Lord Jesus, all who do not prove liberal will be condemned (Matthew 25:41-46)! Jesus did not refer to those who were liberal in terms of departing from the faith, of course; we speak here of a “liberal” as one who gives with liberality, freely. Previously He commended all those who proved thus liberal and welcomed them into eternity in the resurrection (Matthew 25:34-45). Yet those who did not do so were condemned and cast into eternal punishment!

Early Christians took Jesus’ lesson to heart. They were known for liberality in giving and caring for one another. The earliest church in Jerusalem witnessed many Christians selling all they had, giving the proceeds to the Apostles, who then used those resources to provide for the needs of all the Christians (Acts 2:41-47, 4:32-37). Upon hearing of an impending famine to strike Judea, the church in Antioch prepared and sent relief to them (Acts 11:26-30). Paul encouraged Christians in churches in Galatia, Macedonia, and Achaia to give for the needs of Christians in Judea, and they provided abundantly (cf. Romans 15:25-27, 1 Corinthians 16:1-4, 2 Corinthians 8:1-15, 9:1-15). The instructions Paul gave Timothy in 1 Timothy 5:3-16 presume congregational financial support of destitute widows bereft of family. The Christians to whom the Hebrews author wrote were known for their service for other Christians (Hebrews 6:9-12); John encouraged Gaius to provide for the needs of visiting Christians, and fully expected his compliance (3 John 1:5-8). Paul related how Peter, James, and John insisted that he remember the poor as he went about doing good and proclaiming the Word, and Paul proved eager to do so (Galatians 2:9-10). Paul exhorted Christians to do good to all men, especially those of the household of faith (Galatians 6:10); James identified pure and undefiled religion as visiting widows and orphans in their distress as well as keeping oneself unstained from the world (James 1:27).

Abundant testimony exists, therefore, regarding the liberality of early Christians, and Christians to this day do well to imitate their example. Christians must recognize how all they have comes from God; they are called to be stewards and to use that with which God has blessed them to bless and serve others (e.g. Ephesians 4:29). God stands willing to abundantly bless those who use what He gave them to benefit others, following the model of Christ Himself (2 Corinthians 8:9-15, 9:6-11). John questioned the sincerity of the love of any Christian who has the world’s goods but does not give to his brother who is in need, and would consider such a one as a murderer who hates his brother (1 John 3:11-18)! A Christian who gives liberally manifests the fruit of the Spirit and thus embodies an important characteristic of Christ (Galatians 5:22-24).

Christians do well to prove very liberal in providing for the needs of their fellow Christians. Most examples of giving in the New Testament involve Christians providing for the needs of their own; Jesus’ standard of judgment in Matthew 25:31-46 is based on how well or poorly each had provided for “the least of these my brothers”. When Paul exhorted Christians to do good to all men he made sure to emphasize the need to provide for those in the “household of faith.” Christians must take care of their own; such, in part, is how the world will know we are of Christ, by such a manifestation of love for each other (John 13:35). While the local congregation also should be involved in providing for the needs of Christians locally and abroad (Acts 2:41-47, 4:32-37, 11:27-30, 1 Timothy 5:3-16), each individual Christian should determine to provide for fellow Christians as they have opportunity on their own. There is never a lack of opportunity to give; we can find Christians locally and abroad who could use assistance; in this way we can build up the body of Christ (Ephesians 4:11-16)!

We do well to recognize how the New Testament provides no authority for a local congregation, as a collective, to provide benevolence to those outside of the faith. It has proven necessary to preach and teach on these matters strongly on account of the pervasive influence of the industrial-level drive toward efficiency and specialization in the world and as seen in other parts of “Christendom.” Far too many prove far too willing to give money to the church or some other organization and consider their responsibility to give to others satisfied. The New Testament provides no such provision or hope!

We therefore rightly insist that individual Christians are given the responsibility to do good to all men (Galatians 6:10). If we insist on this, we must also practice it. It proves all too tempting, when hearing preaching condemning collective work in benevolence, to reject all benevolence or excuse a lack of benevolence. The New Testament provides no such provision; we must actually be the light of the world by doing good and proving liberal in giving, as we have opportunity, to those who are in need in the world!

Therefore the Christian’s liberality must extend well beyond giving to the local congregation on the first day of the week (1 Corinthians 16:1-4). Let none be deceived: Christians do well and ought to give for the benefit of the work of the collective congregation on the first day of the week. Yet the responsibility of the individual Christian in giving goes beyond the local congregation: will God be satisfied if you have nothing to give people in need because you gave it all to the church (cf. Matthew 15:1-7)? The Christian must give both to the work of the local church while still proving liberal in assisting others they encounter in life.

Liberality extends beyond financial resources; we must never reduce “doing good” to cutting checks or swiping cards. God in Christ expects Christians to prove liberal not only in financial resources but also in giving time, energy, and attention. Jesus did not commend the faithful Christians for merely giving money; He commended them for feeding the hungry, clothing the naked, and visiting those in prison, among other practices (Matthew 25:34-40). Did James say that pure and undefiled religion before God is merely to give money to widows and orphans in James 1:27? By no means! He insisted on Christians visiting widows and orphans, which would include financial benefits when needed, but emphasized presence and involvement in life. As humans we have so much more to give to others than money; by devoting time, energy, and other resources into people, we maintain a human connection with them, as Jesus did with those with whom He interacted.

It is unfortunate how “liberal” and “liberalism” have become “dirty words” in Christianity, for each and every Christian is called to prove liberal in doing good to all men, especially to those of the household of faith. May we be found liberal in giving before God in Christ, and obtain the resurrection of life!