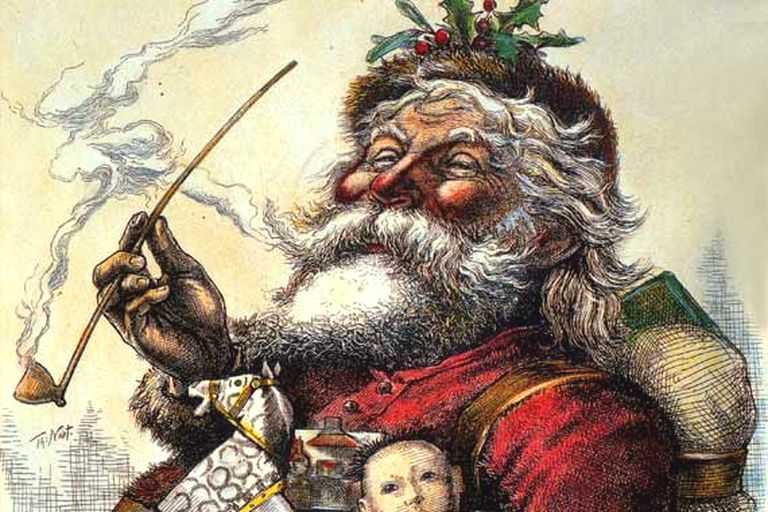 A Danger of Christmas: Feeding Materialism

Jesus has never been “the reason for the season.”

Much of what passes today for “Christmas tradition” has materialism at its heart, and that materialism stems from the tradition of gift giving at Christmas. Such gift-giving likely predates Christmas, deriving from the Saturnalia festival of the Romans. The sentiment seems noble, since the giving of gifts can be selfless, loving, and compassionate; the Lord Himself declared that it was more blessed to give than to receive (Acts 20:35). Unfortunately, the noble sentiment behind gift giving all too quickly and easily becomes debased by an emphasis on material things.

Wikipedia itself declares that “the exchanging of gifts is one of the core aspects of the modern Christmas celebration, making it the most profitable time of year for retailers and businesses throughout the world” (“Gift giving,” Christmas, accessed 26/11/16). American courts have affirmed the “secular” nature of Christmas since it has become a gift-giving holiday not only for those who profess Christianity but for members of other religions (as well as no religion, and even among Jewish people!) as well. This emphasis on gift giving at Christmas is why the day after Thanksgiving is called “Black Friday,” since so many retailers go from being in debt (“in the red”) to making a profit (“in the black”) on account of all of the Christmas shoppers. “Black Friday deals” are becoming so successful that many retailers no longer wait until Friday; many remain open for business on Thanksgiving as well.

Shopping on “Black Friday” exemplifies much of the danger of materialism and Christmas. Mall parking lots are filled with cars; everyone is out searching for the best deals and the toys of the season. Retailers are just as quick to encourage shoppers to “treat themselves” to a product or two as they are to encourage them to buy gifts for others. Shoppers wait in long lines first to enter stores at obscenely early hours only to then wait in equally long lines to check out with their goods soon after. At best, these complete strangers may strike up a conversation and get to know each other, all because they are sharing in the pursuit of things; at worst, as we have all seen on television, are people treating each other cruelly, stepping over people, fighting others over a toy or another product, and in general speaking and thinking poorly of others in order to obtain the goods they seek. Thus we see how the noble sentiment is corrupted: the “spirit” of love, charity, and enjoyment of the company of others is lost in the almost Hobbesian struggle to get the “best” gifts at the cheapest price.

Since it is in the best interest of companies to promote their products as Christmas gifts, marketing for Christmas has become a major enterprise. Christmas displays at stores seem to come out earlier and earlier every year. Companies are famous for promoting many major themes of Christmas. Then again, complaining that the “spirit of Christmas” has been lost in the commercialism itself is nothing new: it was first seen in 1850 and was the basis of the beloved “A Charlie Brown Christmas” in 1965!

As Christians we do well to exercise good discernment in regards to Christmas. The New Testament does not record the day of Jesus’ birth and nowhere provides a command, example, or necessary inference that it should be commemorated on any specific day, let alone December 25. We do well to proclaim that Jesus, the Immanuel Child, God with us, was born, as recorded in Matthew 1:18-2:12 and Luke 1:26-2:38, on any and every day of the year. There is no condemnation for observing Christmas in a secular way, spending time with family and giving gifts to one another; there is also no condemnation for abstaining from doing so (Romans 14:1-6). Yet we must always be on guard against the dangers of materialism and its corrosive effects on our faith.

The Christmas emphasis on stuff is just one example of the larger consumerist/materialist focus of our culture today. In our culture, people are “consumers,” known for what they like and what they do not like, and all sorts of money and energy is invested in both making products to satisfy them as well as attempting to manipulate them subtly so as to prefer and enjoy their products. So much of our engagement with other people involves consuming things: we see other people in stores or at restaurants or in some other setting where products are being bought, sold, and/or consumed, and we do not necessarily spend a lot of time trying to get to know such people or have a relationship with them outside of buying or consuming stuff together. Some people have become so debased as to treat other people just like they were things to buy, sell, and use; others just retreat into their world of things, imagining that they will find satisfaction in stuff, and close themselves off to other people. So much good is left undone because people who might otherwise help others spend too much of their money and/or are in too much debt on account of buying stuff for themselves (against Ephesians 4:28).

Jesus warns us against such a materialistic outlook in Luke 12:15-21; He declares that one’s life does not consist in the abundance of one’s possessions. In Matthew 16:26 Jesus takes materialism to its extreme with a rhetorical question: what will it profit a man if he gains the whole world but forfeits his eternal life? The answer is nothing: we came into this world naked, and we will not be taking anything with us (1 Timothy 6:7-10).

So perhaps the idea of Christmas as a time to focus on family and benevolence was only truly catalyzed by Charles Dickens in his A Christmas Carol in 1843; it remains the best “reason for the season.” Thanksgiving and Christmas remain the only observances during which it is expected or “normal” to spend time with family in our culture today, and Thanksgiving is quickly becoming more about eating, football, and shopping than it is about family! It is good to encourage the family; it is good to be generous (Galatians 6:10). Yet we must be on guard against promoting materialism. If we do observe Christmas in its current secular American form, and give gifts to loved ones, let us seek to do so with generous hearts, not seeking after what gift we might receive in return. If we have children to whom we give gifts, let us make sure they give gifts to others as well so as to understand that Christmas is not just about getting things, but giving to others as well. There is nothing intrinsically wrong with buying stuff and either using it ourselves or giving it as gifts to others, but we must make sure that we are not consumed by the desire for stuff, use up all of our money on stuff, and/or treat others inhumanely in order to get stuff (1 Timothy 6:7-10). We do well to be generous not only to those we love but especially to those whom we do not, those throughout the world in far more difficult situations than our own (Galatians 6:10).

While the drive to get the best stuff and to make a lot of money may be the “reason for the season” these days, it should not be so among the people of God. As Christians we ought to be content with what God has given us, and look for opportunities to share those blessings with others at all times (1 Timothy 6:7-10, 17-19). Let us not get trapped in the curse of materialism, expending ourselves for that which will not endure for eternity, and missing out on what is really life: the opportunity to share life with other people, especially those with whom we share the hope of a common salvation in Christ, to be a blessing to others, and to obtain eternity in Christ (Matthew 25:31-46, 1 Peter 1:3-9). Let us serve Christ and not things in this season and in every season!