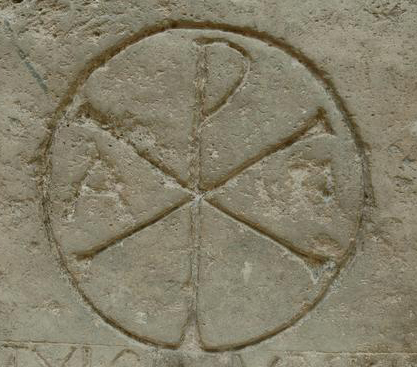 Because if thou shalt confess with thy mouth Jesus as Lord, and shalt believe in thy heart that God raised him from the dead, thou shalt be saved (Romans 10:9).

The Bible and Christians speak frequently about confession. Paul declares that the one who confesses Jesus and believes will be saved (Romans 10:9); thus, confession is intimately tied up with salvation in Christ. But what is confession? What does it involve?

When people think about “confession,” they often think about admitting guilt. A criminal may confess to his crime; in Christianity, many people associate “confession” with confessing sin. Confession in the Bible comes from the Greek homologeo; its root involves “speaking the same thing as,” and therefore to confess is to audibly speak what one believes or has done. In 1 John 1:9 Christians are told that if they confess their sins, God is faithful and righteous to forgive us of our sins and to cleanse us from unrighteousness; therefore, confession of sin is important. But confessing our sin is not the same thing as confessing Christ.

To confess Christ, as seen in Romans 10:9, is to verbally confirm before witnesses that one believes that Jesus is the Christ, the Son of the Living God. Paul considers Jesus’ admission of being the King of the Jews before Pilate to be a confession; he says Timothy made a similar such confession before many witnesses (1 Timothy 6:12-13; cf. Luke 23:3).

Confession is an important element of coming to faith in Jesus Christ. One’s personal faith is something known only between God and the individual. Others can only know if we have come to believe in Jesus if we happen to say as much before them. Such is why confessing Christ is part of God’s plan of salvation; it proclaims with the mouth what one has believed in one’s heart and mind, and demonstrates willingness to be on record as a believer in Jesus Christ (cf. Romans 10:9-10).

Confessing Jesus to be the Christ does not seem to be much of a big deal today in America. Most people believe something of that sort, and proclaiming one’s belief in Jesus loudly in a public place may lead to a bit of awkwardness and strange looks but little actual persecution. Nevertheless, if one were to attempt to make the same type of confession in many predominantly Communist or Muslim countries today, it might well lead to torture and even death. Similar dangers existed in the first century!

Confession, therefore, is not simply something done in a comfortable environment around God’s people, but also to be done even in difficult circumstances. Simon Peter proved willing to swear that he would die for Jesus in Matthew 26:33 while in the midst of Jesus and His fellow disciples; nevertheless, when all had scattered and he was accused of having been with Jesus and one of His disciples, Peter denied it (Matthew 26:69-79). Peter would repent and be restored (cf. John 21:15-17); nevertheless, we do well to heed our Lord’s warning:

While confession features declaring one’s belief that Jesus is the Christ, confession is of little value if it is not manifest in life. Those who do not live according to their confession not only prove to be hypocrites who bear false witness but also give reason for the Gentiles to blaspheme (Romans 2:17-24). They may confess with their mouths but they deny with their actions!

A Christian who does not obey from the heart the standard of teaching to which he is committed is not pleasing to God (Romans 6:16-23). Anyone can recognize a hypocrite; one who lives as he professes, however, will at least be heard and respected. So it is in spiritual matters: confessing Christ by mouth alone is vanity, but confession in word and deed is most pleasing in the sight of God (cf. 1 John 4:15).

Confession of Christ demands that we give voice to our faith and affirm our belief in Jesus as the Christ. And yet our confession should involve much more than words; our confession must be lived out as the purpose of our lives both in word and deed. If we wish for the Lord Jesus to confess us as His servants before His Father, then we must confess Jesus before our fellow man, in word and deed. May we serve the Lord Jesus and proclaim His name among the nations!

Babel vs. Pentecost And they said, “Come, let us build us a city, and a...