According to the Scriptures God has spoken at many times in many ways to people of old, first the prophets, and then through His Son Jesus of Nazareth (Hebrews 1:1-3). Ever since then Christians have sought to learn about God, His purposes, and His will through the record of the words of God as revealed to the apostles and prophets in the Bible (2 Timothy 3:16-17, 2 Peter 1:21). Christians thus attempt to ascertain and discern from the holy writings what God would have them to believe and do in their time and place. And, for at least 2,000 years, the influence of culture and its expectations has loomed large over that interpretive process. What relationship exists between culture and interpretation?

Some have professed a desire or need to transcend such matters, believing they can reach some sort of “objective” understanding of the text. Such an endeavor is a fool’s errand. Every person who has ever encountered the words of God in Scripture has done so in a certain time, place, context, and culture, and read and understand Scripture in that light. For that matter, God did not even reveal His message in such an “objective” way; instead, He spoke to and through specific people who lived at specific times and places and in specific contexts and cultures. Complete objectivity is impossible; the best we can do is to seek to be aware of our own implicit cultural biases and understandings and try to overcome them as we approach what God has said.

One extreme would suggest that the only valid interpretation of a text is its original context. According to such a view, God’s messages had direct relevance only to its original, specific audience; any attempt to understand the message in terms of a later time would involve illegitimate appropriation, proof-texting, and distortion. While it is true that every message God has revealed must first be understood in its original context, the Scriptures themselves expect later generations to look to the fulfillment of its hope and to make application of its lessons and principles (e.g. 1 Corinthians 10:1-12, 1 Peter 1:10-12). We must respect the original context of God’s messages to mankind, but we can still learn from what He has revealed to others.

The other extreme would suggest that we do well to understand every message of God according to how it would apply to us. According to such a view it is as if God has written the Bible to the Christian of the twenty-first century; context should not get in the way of direct application; nothing is specific to a given time and place. We do well to seek to understand how God would have us to live based on what He has revealed in Scripture, but we must respect the contextual distance between the believer today and those to whom Scripture was originally written. Plenty of commands and exhortations in the Old Testament have been superseded by the new covenant in Jesus (Ephesians 2:11-18, Colossians 2:14-17, Hebrews 7:1-9:28). Try as we might, we are unable to greet Aquila and Prisca and the church that meets in their house (Romans 16:3-5); we do not speak Koine Greek nor wear togas, and such is entirely acceptable. We can learn from these examples while recognizing they come from a different place and time.

So, then, how should the Christian approach the question of culture in terms of interpretation? We must remember that the message of God has not come in a vacuum but was spoken through specific people at specific places and times, and those are not ours. Nevertheless, their messages were expected to resonate throughout time: Jesus is the same Lord today as He was before (Hebrews 13:8); God’s expectation that we live according to the fruit of the Spirit and not according to the works of the flesh remains the same (Galatians 5:17-24), etc. Thus, some elements in Scripture are going to be culturally specific to a certain place and time; many elements of Scripture will remain true no matter the culture in which we live.

For Christians the New Testament represents the revelation of Jesus to His servants regarding how they should live and practice the faith. Thus, as an interpretive rule, we do well to interpret all commands of the New Testament as continually binding on Christians unless the text manifests a clearly specific cultural or temporal expectation and limitation. Even then the Christian can learn principles for application from contextually limited commands (e.g. Romans 16:3-5, 1 Corinthians 16:1-3). We also do well to respect the force of approved apostolic examples and use wise discernment about their application. Early Christians assembled on the first day of the week (Acts 20:7); such is a good apostolic example we should imitate. Early Christians also spoke Koine Greek; nevertheless, some spoke Aramaic, some other languages, and we would be mistaken if we would bind Koine Greek as the language of the assembly based on its apostolic example (Acts 2:7-11, 1 Corinthians 14:13-19). Inferences should be subjected to scrutiny by the text and its context in order to be recognized as necessary.

For 2,000 years God’s message in Christ has been accepted in part by many cultures and resisted whenever its commands and principles conflict with deeply held cultural viewpoints. Culture bears on interpretation; we cannot expect to transcend it, but should be aware of cultural bias and expectations. We do well to be skeptical of claims that a text is limited only to its cultural context while recognizing that the text reads and sounds as it does because it was revealed in that cultural context. May we strive to handle the Word of truth rightly to the glory of God!

Babel vs. Pentecost And they said, “Come, let us build us a city, and a... 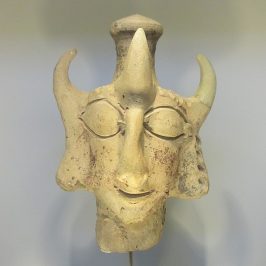 Edom Esau’s loss of the birthright and blessing would significantly affect his descendants; they made...