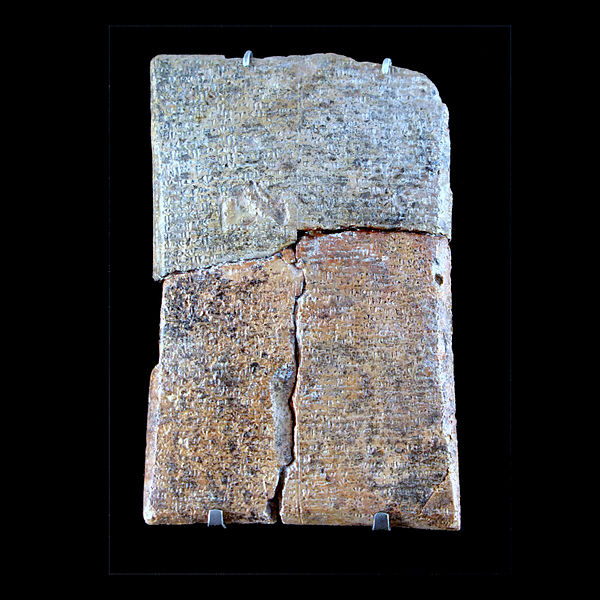 From at least the 13th until the 7th centuries BCE, the Israelites lived in the land formerly held by the Canaanites in the midst of many other ancient Near Eastern nations in the Levant. Ammonites, Canaanites, Edomites, Moabites, and Phoenicians had lived nearby for generations: all these groups maintained their own mythological stories about gods and heroes from of old. The Israelites would encounter these people and their stories, for better and for worse.

In Ezekiel 14:14, 20, the prophet Ezekiel makes reference to Noah, Job, and according to the qere (“spoken”; that is, what the Masoretes thought the better reading should be) of the Hebrew Masoretic Text, the Septuagint, and other versions, Daniel. For over two thousand years this reading proved relatively uncontroversial, even if a little odd: Daniel was a younger contemporary of Ezekiel, but the stories of his righteousness might well have been known to the Israelites in exile.

But then, in 1928, a Syrian farmer came upon a tomb while farming at Cape Fennel/Ras Shamra. Archaeologists uncovered remains of a city there named Ugarit which had been populated from very ancient times until its destruction around 1200 BCE. Even though Ugarit lay well north of the area in which Canaanites were thought to live, cuneiform tablets discovered at the site were written in a Canaanite dialect, and the stories they told were of Canaanite deities, places, ideas, and practices parallel to many references found in the Old Testament. Among these cuneiform tablets were found two particular Canaanite stories relevant for our purposes: the Tale of Aqhat (or “Belonging to Aqhat”) and the Rephaim.

The tablets containing the Tale of Aqhat and the Rephaim date between 1350 and 1215 BCE; we even know the scribe who copied them (Ilimilku) and the king under whom he served [Niqmaddu, most likely either Niqmaddu II (1350-1315) or Niqmaddu III (1225-1215)]. These stories were no doubt composed much earlier, and endured well after the collapse of the Bronze Age. They are written as poetry, with stanzas manifesting parallelism, akin to the parallelism found often in the Psalms, Proverbs, and the prophets, with frequent repetition. Unfortunately the tablets have suffered the depredations of time and are highly fragmentary at many places. Nevertheless, we can still gain much from them.

The main character of the Tale of Aqhat is Dan’el (or Danel), a famous and powerful Canaanite king. Dan’el has great renown and a stable kingdom, yet has no male heir. He participated in an incubation rite in a temple to Baal (the Canaanite storm god) to gain favor so as to obtain a son. Baal interceded with El (the head god of the Canaanites), and Dan’el has a son named Aqhat. Afterwards Dan’el received a visit from Kothar-wa-Hasis (the Canaanite blacksmith god) who bestowed upon Dan’el a special set of bow and arrows; Dan’el gave them to Aqhat. Eventually Anat (Canaanite goddess of the hunt) learned of and greatly desired Aqhat’s bow and arrows, and offered him first gold and silver, and then even immortality, for them; Aqhat refused all of her offers, declaring that death comes for all humans, and insulting Anat’s hunting prowess. Anat, furious, desired vengeance, which El allowed her to obtain; her servant Yatpan killed Aqhat for her. Dan’el and his daughter Pugat soon learned of Aqhat’s death, and mourned and lamented deeply, demanding the land receive no benefit from Baal for seven years. Dan’el obtained the remains of Aqhat from the belly of a vulture and buried them; he cursed the towns closest to where Aqhat died. After the seven years of mourning, Dan’el empowered Pugat to take vengeance on Yatpan, which she most likely did (the tablet has broken off by this point).

Dan’el is reckoned as the man of Rapau, likely meaning the first among the Rapauma, Canaanite for the Rephaim, and the hero of Harnam. From the Rephaim, it would seem that the Rapauma/Rephaim were deified dead Canaanite heroes: they are called “divine ones,” and considered as “the Rephaim of Baal,” the “warriors of Baal,” or the “warriors of Anat.” In the Rephaim Dan’el invited the Rapauma/Rephaim to a late summer feast. The tablet is badly broken, and so it is hard to ascertain much else beyond this; the text ends with Baal having come to the feast and is about to say or do something.

Dan’el, therefore, represented a great hero of the Canaanites. We do well to note that the ketiv (“written,” i.e. the text the way the Masoretes found it) in the Hebrew Masoretic Text in Ezekiel 14:14, 20, and 28:3 would read “Dan’el.” When Ezekiel calls the king of Tyre “wiser than Dan’el/Daniel” in Ezekiel 28:3, therefore, it would make far more sense to understand Ezekiel as referring to the Canaanite hero Dan’el than the Israelite Daniel who would be entirely unknown to the king of Tyre. Thus it would also make more sense for Ezekiel to refer to Dan’el in Ezekiel 14:14, 20 as well: thus Ezekiel would be appealing to three well-known non-Israelite righteous men, Noah, Job, and Dan’el. Even though the Tale of Aqhat and the Rephaim do not explicitly speak of Dan’el as wise or righteous, his name did mean “El judges,” and he was known to make judgments in the city gate; there is likely far more to Dan’el than what we know about him from the Tale of Aqhat and the Rephaim, and the evidence from Ezekiel can help us better understand this ancient Canaanite character.

The Old Testament also spoke of the rephaim as mighty ones among the dead: they exist and can tremble below in Job 26:5, and the king of Babylon would come among them in Sheol in Isaiah 14:9. Og of Bashan was reckoned as the last of the giant rephaim in Deuteronomy 3:11; such “giants” were also known to have lived in Canaan in days of old according to Genesis 15:20 and Joshua 17:15.

We are familiar with YHWH’s constant concern for the Israelites compromising their faith, serving the gods of the nations around them and participating in their ritual practices, and for good reason; the Israelites did these very things. Yet even the prophet Ezekiel, who thoroughly denounced Israel’s idolatry and assimilation into the ways of the ancient Near Eastern world in Ezekiel 4:1-24:24, still made reference to righteous characters recognized among the Canaanites as well as the Israelites. The Israelites also spoke of great champions among the dead as rephaim. The Psalmist or the prophets would give YHWH the glory for many of the things the Canaanites thought their gods had done for them; throughout the Old Testament YHWH is spoken of as El or Elohim, “God,” demonstrating that He is the God of gods. Israel was to be distinct from the Canaanites, yet lived in the midst of Canaanites; discoveries of ancient stories help us understand the connections and ways in which the prophets appropriated the imagery of the peoples around them to glorify YHWH and advance His purposes. May we all serve God in Christ and obtain life in Him! 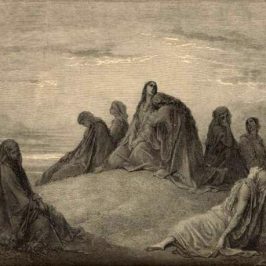 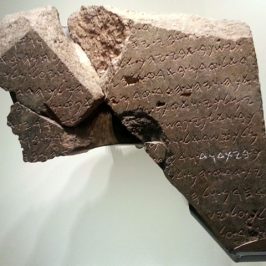