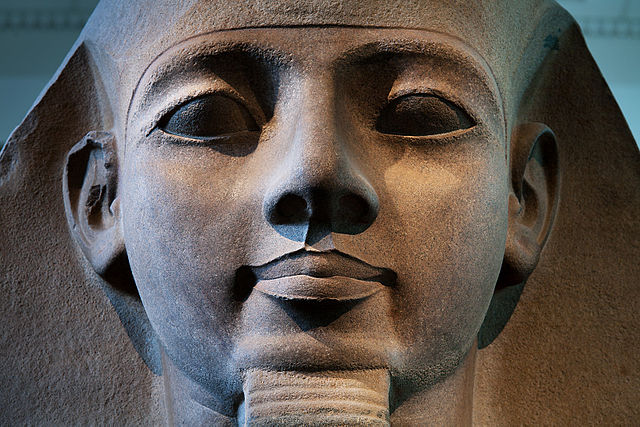 It is a land easily romanticized, full of gods and mysteries, an ever-present spring of wonder and fascination: Egypt. Ancient Egypt was a land of contrasts: a fertile river valley surrounded by inhospitable desert, order in the midst of chaos, life and death. For Israel Egypt was a place of oppression and yet refuge; hope yet disappointment; representing the world, yet receiving hope for salvation.

Egypt is the gift of the Nile River, flowing from Lake Victoria and the mountains of Ethiopia to the Mediterranean Sea. The river would overflow its banks annually in ancient Egypt, leaving rich alluvial soil, allowing flax, papyrus, and wheat to be grown in abundance. Egypt thus enjoyed a far more consistent source of water than its ancient Near Eastern neighbors, and the culture that developed along the Nile reflected such stability and continuity. Despite moments of crisis and trial, Egyptian civilization maintained consistency in belief and practice for nearly 3,000 years.

Egypt represented the world’s first nation-state: King Narmer unified the southern Upper Egypt and the northern delta region of Lower Egypt around 3100 BCE under a single administration while Mesopotamian civilization remained divided into city-states. An Egyptian priest of the Hellenistic period named Manetho divided ancient Egyptian history into a series of thirty dynasties; historians consider the time before Narmer as the Predynastic Era, the first two of Manetho’s dynasties as the Archaic Period, and then the rest of Egyptian history as a series of three “kingdoms” with “intermediate periods” in-between. The Old Kingdom (Dynasties 3-6; ca. 2575-2150 BCE) proved the most stable of all the periods; during this time the pyramids were built. The First Intermediate Period (Dynasties 7-11; ca. 2181-1975 BCE) represented a period of collapse in the central administration, likely due to a major climactic event which led to an extended period of famine and later recovery. The Middle Kingdom (Dynasties 11-13; ca. 1975-1640 BCE) saw a return of order and central administration, although not as robust as before; during this time Abraham would have sojourned in Egypt (cf. Genesis 12:10-13:1). The Second Intermediate Period (Dynasties 13-17; ca. 1800-1570 BCE) began with weaker kings and climaxed in the humiliation of the invasion of the Hyksos from the north; in these days Joseph and Israel would have come to Egypt (cf. Genesis 37:28-50:26). The New Kingdom (Dynasties 18-20; ca. 1570-1070 BCE) saw Egypt reach the height of its power and empire in the ancient Near Eastern world; Moses lived and the Exodus took place either when Egypt was at the height of its power and influence under Thutmose III/Amenhotep II (ca. 1480 BCE), or under the famous builder and self-aggrandizer Ramses II (ca. 1250 BCE; cf. Exodus 1:1-15:21). The Third Intermediate Period (Dynasties 21-30; ca. 1069-525 BCE) began when Egypt fell prey to the collapse of the Bronze Age in the eleventh century BCE: weak kings, a decentralization of administration, famine, climate change, all leading to successive humiliations when Libyans and Nubians invaded and took over the throne; this is the time when Shoshenq invaded Judah in the days of Rehoboam (ca. 940 BCE; cf. 1 Kings 14:25-26), Hoshea king of Israel conspired with Orsokon IV against Assyria (ca. 730 BCE; cf. 2 Kings 17:4), and Hezekiah got caught up in the conflict between Taharqa of Nubia/Egypt and Sennacherib king of Assyria (ca. 700 BCE; cf. 2 Kings 19:9, Isaiah 37:9). A subset of the Third Intermediate Period is the Late Period (Dynasties 26-30; ca. 712-323 BCE), featuring the flourishing of the last native Egyptian dynasty which would be crushed by the Persians under Cambyses; Necho II, Psamtik II, and Wahibre (Apries) are of this time, the pharaohs who were responsible for the death of Josiah, replacing Jehoahaz with Jehoiakim, and inducing the Judahites to rebel against the Babylonians, leading to the end of the Kingdom of Judah (ca. 609-586 BCE; 2 Kings 23:28-24:20, Jeremiah 44:30, Ezekiel 19:1-14, 29:1-32:32). The last native ruler of ancient Egypt, Nectanebo II, was defeated by the Persians and Greeks under Artaxerxes III in 343 BCE; Egypt would become a pawn of successive empires until it gained independence from Britain in 1952 of our own era, fulfilling Ezekiel 29:15.

The Egyptians thought very highly of themselves and their land. To the Egyptians there was kemet, the “Black Land” of the Nile valley, and deshret, the “Red Land” of the desert. They perceived attributes of the divine in the river, land, and creatures around them, with each attribute having its own god or goddess. Egyptians believed their world continually manifested the story of Osiris, Isis, Horus, and Seth: Osiris was the former king killed by his brother Seth (god of chaos/desert), and who would become the god of the underworld; Osiris’ wife Isis would give birth to Horus, who would become the new king and bring order when he displaced Seth. Thus each living king was considered the living embodiment of Horus a god in his own right, and each dead king Osiris. All Egypt feared the days of Seth. They offered sacrifices to their gods to feed them and placate them lest the gods be poorly disposed to them.

The Egyptians gave much thought to death and the afterlife. They imagined a person’s tomb as the gateway to the underworld, the Duat, which was a mirror image of life on earth. They imagined they would have to undergo trials and tribulations to enter the underworld, and those who could afford it maintained a copy of the Amduat, known as the “Book of the Dead,” to tell them the magic and the knowledge they would need to overcome evil spirits and the moment of judgment. Egyptians believed they would enjoy life in the underworld as long as their descendants continued to speak their name and provided them with food offerings.

In truth, YHWH was God over all, including Egypt; Egypt came to know that YHWH was God, through the plagues before the Exodus, the elimination of native Egyptian rule, Jesus’ sojourn, and the spread of the Gospel in the Roman period (Exodus 10:1-2, Ezekiel 29:1-32:32, Matthew 2:13-15). For Israel Egypt would continually represent the temptation to follow the ways of the world, to serve idols and trust in foreign policy schemes, and the prophets sharply condemned Egypt for it (cf. Isaiah 19:1-20:6, Ezekiel 29:1-32:32). One might think God would want nothing more than to devastate Egypt for all their pride and haughtiness toward His people, and yet Egypt had a special place in God’s purposes. Egypt did provide refuge for God’s people; God envisioned a time of redemption for Egypt with Assyria and Israel and would become a blessing for the world (Isaiah 19:22-25). 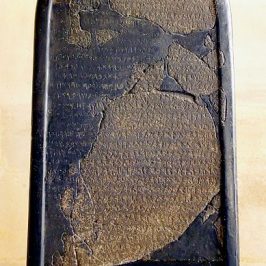 Your Talents Imagine that you have been given $2,000, and you are charged to take... 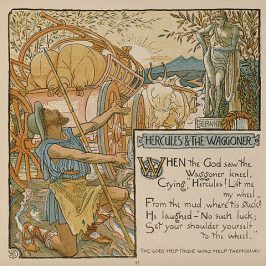 “God Helps Those Who Help Themselves” Not a few statements of folk wisdom become gospel...