The New Testament, on many occasions, speaks of believers as “the elect” (cf. Romans 8:33, Colossians 3:12, 2 Timothy 2:10, etc.). This description was intended to encourage believers in their walk with God; unfortunately, it has become a rather contentious description. Many have deduced from it that God has arbitrarily determined who would be saved and who would be from the beginning and have reduced the concept of faith to the attempt to determine whether one has been considered part of the “elect” or not.

When we hear the word “election” it is easy to begin to think of a political process, electing leaders and the like. The word, in both English and Greek, refer to making a choice and choosing someone. In a political election, leaders are chosen. In religion, election tends to refer to God having chosen individuals or specific groups of people.

Election features prominently in the old covenant between God and Israel. God makes it clear that He chose Israel on account of His love for their fathers (Deuteronomy 4:37). He chose Israel above all the other nations of the earth (Deuteronomy 7:6). This choice was not based on how great Israel was, in terms of size or resources, but because they were few in number and because of God’s promise to Abraham, Isaac, and Jacob (Deuteronomy 7:7). Israel remains beloved of God in Romans 11:28 on account of their election.

Many things can be learned from Israel’s election. God chose Israel specifically, and their election was not based on any particular virtue they possessed. Nothing prevented God from having chosen the Assyrians, the Babylonians, the Greeks, or any other people. The Israelites did not deserve their election in any way, shape, or form. Yet what did they gain from their election? Israel would be God’s possession, having been given direct and specific revelation regarding God’s nature and will for them, the latter encapsulated in the Law of Moses (Deuteronomy 4:36, 7:6). Therefore, they were granted access to the One True God and the guidelines by which they were to live.

Israel’s election, however, did not automatically grant salvation, eternal life, or even earthly prosperity. Their election granted them the opportunity to serve the Living God and receive His favor, but He made it abundantly clear that disobedience would lead to wrath (Leviticus 26:14-33). Ultimately all Israel would be exiled from their lands because of their disobedience (cf. 2 Kings 17, 2 Chronicles 36). Sadly, Israel took such great pride in being God’s elect people that they felt as if God would deliver them no matter how disobedient they proved to be (cf. Jeremiah 7:3-11).

Not only was it possible for the “elect” in Israel to be condemned, but even those from the “non-elect” could be redeemed, as Paul attests in Romans 2:12-15, 25-29, if they were to come to the knowledge of the One True God and would obey His Law. Election by God, therefore, provides opportunity and access, but it need not be exclusive, and it does not guarantee salvation.

In 1 Peter 2:9, Peter declares that Christians are now the “elect race,” using the terminology of Isaiah 43:20 regarding Israel to now refer to believers in Christ. How did this take place? What is the nature of election in the new covenant? We will consider this matter next week!

Upholding Truth in a Post-Truth World The fruit of the movement of cultural relativism is... 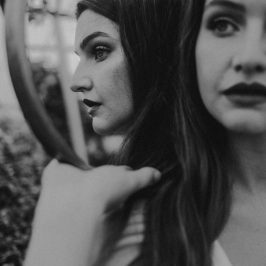