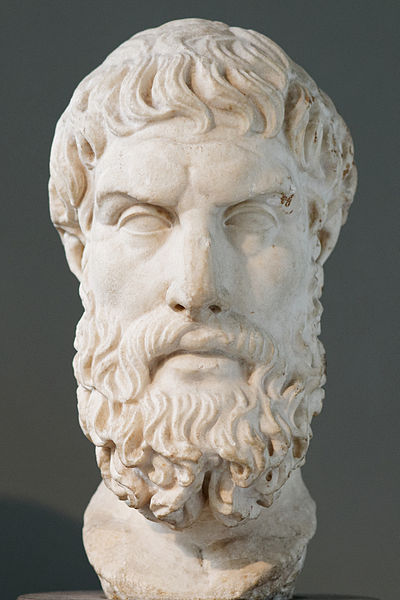 Epicureanism and the Modern World

Philosophy is one of those things, like theology, which a lot of people consider arcane and mostly irrelevant to life. And yet, as creatures who seek meaning and purpose in life, every human has a philosophy, as well as a theology: everyone has some view about the way life ought to be lived, just like everyone has some opinion about the nature of God, or the lack thereof. We thus do well to consider: what are the principles of the operating philosophy of a good number of people in the Western world?

We have heard much about postmodernism and relativism, and many people do approach the world, their opinions, and other people in postmodern and relativist ways. Nevertheless, neither postmodernism nor relativism provides a framework for how one ought to live; they question our certainties and our approach. To understand how many in the Western world live, we will have to look elsewhere.

Materialism defines the basis of belief for a good number of people, however consciously accepted: all that exists, or at least all that matters, is that which exists in this material universe (or in additional universes beyond our perception). Many do still believe in a non-material, “spiritual” realm; functionally, however, a good number of such people carry on as if the “spiritual” realm had little to say or do about their lives. A lot of people look to science, or scientific-sounding endeavors, for guidance about what to believe about themselves, their origins, and their destiny. It proves challenging to find meaning and purpose in a scientific, materialist worldview: meaning and purpose become defined by attempting to live the best possible life in ways that cause the least harm to others and proves to be as enjoyable as possible.

In short, many modern Westerners have become Epicureans, whether they know it or not.

Epicureanism is a Greek school of philosophy begun by Epicurus around 300 BCE. Epicurus was a materialist and believed the universe to be composed of “atoms” which collided with one another randomly. Epicurus did not necessarily deny the existence of the gods, yet believed they were as subject to chance and fortune as anyone else, and thus were not involved in this world. Epicurus was very much against all forms of superstition and belief in divine intervention; life is what you make of it, and is not based in fate or the capriciousness of divine impulses. Epicurus thus believed that pleasure was the greatest good: not the pursuit of hedonistic desire but a modest, sober, disciplined life pursuing knowledge. Such a life, Epicurus believed, would limit fear and pain, and achieve ataraxia, a position of peace and calm. Epicurus developed his philosophy to stand against the Platonists; future generations would stand more in contrast with the Stoics, and it is not for nothing that the Apostle Paul would dispute with both Epicurean and Stoic philosophers in Athens in Acts 17:18. Epicureanism was one philosophical school among many in the Greco-Roman world; it gained some adherents, but the Epicureans would eventually fall short in the philosophical battle with the Neo-Platonists, and Epicureanism did not survive the collapse of the Roman world.

Ever since the Enlightenment the Western world has prepared fertile ground for the development of modern Epicureanism. A good number of people accept the premise that “science” has defeated “faith” in the contest for the “hearts and minds” of people today. Modern Epicureanism thus follows its ancient ancestor in accepting only the legitimacy of the material world and a conviction that any attempt to find meaning or purpose in the universe is a futile endeavor. The goal remains to avoid pain at all costs and to find some kind of inner peace through exploration of self and the world. Yet modern Epicureans, on the whole, reject Epicurus’ views on what makes for pleasure, and have substituted hedonism, the pursuit of the satisfaction of our basic impulses.

Very few people today will admit that they are modern Epicureans, and yet a good number of their ideas about what life should be about align with Epicureanism. People today will tell you that their goal is to be happy. Happiness, to them, will involve great food and drink with great people, a satisfying sexual life, and a comfortable life with modern amenities. In all things they try to avoid pain and discomfort: they say they are against causing pain and discomfort to others, and that is true as long as it does not lead to much discomfort for them. In truth, anything and everything which might begin to cause any pain, discomfort, or duress is dispensed with very easily, and that is as true for relationships with people as it is with things.

As Christians we must recognize the Epicureanism around us for what it is. We do well to see how its conclusions make sense to those who have accepted its primary premises. We must resist the modern delusion that the Epicurean viewpoint of the day is the only one that makes sense or can “work” in modernity; it is not true, and it really does not even work for most people.

In truth life is full of disappointment, pain, and difficulty. A life which exists only to pursue pleasure and avoid pain proves shallow and futile, and ultimately does not satisfy. The days will come when life will no longer be as pleasurable, and pain will not be easily avoided (cf. Ecclesiastes 12:1-7). We should value other people for more than just the benefits they provide us, for do we not want people to value us above and beyond what benefits we may provide for them (cf. Matthew 7:12)? Has anything of value or benefit to humanity ever come without some discomfort, distress, or pain?

Yet the fundamental difficulty with Epicureanism is in the limitations of materialism: the universe displays the handiwork of an Intelligence beyond itself (Romans 1:18ff). Humanity is more than happenstance from all sorts of atomic collisions; furthermore, that which makes life worth living, beauty, truth, and meaning, are things which cannot be synthesized or analyzed according to the scientific method. As Christians we must insist on the faith based on the life, death, resurrection, ascension, lordship, and imminent return of Jesus of Nazareth as providing the best explanation for the beauty and ugliness of creation, that which is true hope, joy, and contentment, and the foundation of the best philosophy of life for mankind (Colossians 2:1-11).

Almost no one enjoys pain, distress, or difficulty; nevertheless, life is experienced and growth takes place through trials, difficulties, and tribulations. Epicureanism cannot truly explain life as it is lived in this creation; modern man, in his Epicureanism, is attempting to escape the limitations and challenges which bedevil him. We do better to understand how, in Christ, the way of the cross leads to resurrection and new life and hope. Let us resist all forms of Epicureanism in life, and proclaim the Gospel of the Crucified and Risen Christ!

Righteousness bare our sins in his body upon the tree, that we, having died...