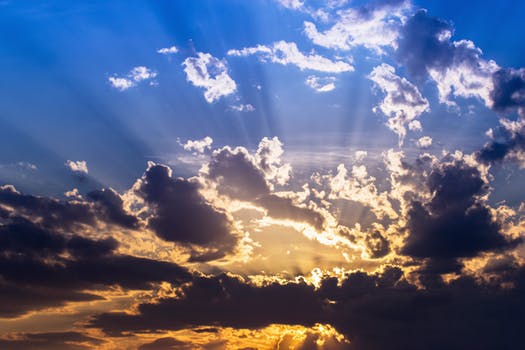 Be careful what you do when you go to the temple of God; draw near to listen rather than to offer a sacrifice like fools, for they do not realize that they are doing wrong. Do not be rash with your mouth or hasty in your heart to bring up a matter before God, for God is in heaven and you are on earth! Therefore, let your words be few. Just as dreams come when there are many cares, so the rash vow of a fool occurs when there are many words. When you make a vow to God, do not delay in paying it. For God takes no pleasure in fools: Pay what you vow! It is better for you not to vow than to vow and not pay it. Do not let your mouth cause you to sin, and do not tell the priest, “It was a mistake!” Why make God angry at you so that he would destroy the work of your hands?” Just as there is futility in many dreams, so also in many words. Therefore, fear God! (Ecclesiastes 5:1-7)

Life might be absurd and futile, and wisdom may only get a person so far; nevertheless, we can make life worse for ourselves by folly and rashness in the sight of God.

The Preacher’s main themes have involved everything as hevel: vain, futile, even absurd, and all human pursuits as ultimately chasing after wind, attempting to grasp a hold of things which can never be reached or held (Ecclesiastes 1:2, 14). He recognized history as cyclical: things come and go, and there is really nothing new on the earth (Ecclesiastes 1:3-10). Despite our protestations we and all we have done will be forgotten on the earth (Ecclesiastes 1:11). The Preacher considered pleasure, wisdom, and labor, and saw the futile end of all of them; none of them could provide humans with ultimate meaning (Ecclesiastes 1:12-2:26). There is a time and season for everything under heaven: the things we enjoy as well as the things we would assiduously avoid (Ecclesiastes 3:1-8). God made man to perceive things greater than himself, yet he is part of the creation, and subject to its limitations and corruption (Ecclesiastes 3:9-22). Oppressors and the oppressed share the same fate; labor remained futile; companionship is good, but we all will still be consigned to oblivion (Ecclesiastes 4:1-16).

The Preacher has not entirely abandoned his themes, nor would he contradict himself; yet the Preacher is shifting into a more standard exhortation regarding manifesting wisdom. We have seen this shift beginning in Ecclesiastes 4:8-16, and it continues in Ecclesiastes 5:1-7. We do well to remember how the Preacher commended the value of wisdom over folly in Ecclesiastes 2:13; he did rightly recognize how the wise will die just like the fool will die, and thus there can be no ultimate, absolute value in wisdom (Ecclesiastes 2:12-26). We should thus not be surprised to see the Preacher encouraging his hearers to manifest wise conduct before God and fellow humans; it might not save them in the end, but it can spare them from misery and/or an unnecessary shortening of life.

In Ecclesiastes 5:1-7 the Preacher exhorted those who would hear to exercise care before God. He warned people to “watch their feet” when they approach God’s house: he is less concerned about a person accidentally tripping over their feet and much more about how they present themselves before God (Ecclesiastes 5:1). Believers ought to draw near to listen, or obey, rather than offering the sacrifice of a fool (Ecclesiastes 5:1): the Preacher is not attempting to denigrate the sacrificial system, for his concern is not about offering sacrifices, but about what kind of sacrifice a fool might make. Based on Ecclesiastes 5:2-7, the Preacher most likely envisions the “sacrifice of a fool” to be making rash vows on account of speaking many words. Thus the wise man would approach God’s presence in a posture of humility, wishing to hear more than to project with an outpouring of words; such is reflected in Ecclesiastes 5:2, a reminder how God is in heaven and humans are on earth, and so it remains wise to keep short what one would say. The Preacher has experienced, or believed human experience demonstrated, how a person would have more dreams when they had heightened levels of anxiety or concerns; likewise, he expected rash vows to be made when words were lengthened and extended before God, and such was folly (Ecclesiastes 5:3).

Can the Christian reconcile the wisdom of the Preacher with what God made known in Jesus, how we are to cast our cares and anxieties on God and how He knows a matter before we speak it (Matthew 6:1-13, 1 Peter 5:7)? The Preacher was aware how God knew all things; He is in heaven, after all. We do best to allow the Preacher’s wisdom to temper any kind of excess to which one might go on the basis of 1 Peter 5:7. James 1:18 would apply to approaching God as much as it would to dealing with mankind; we do best to be quick to hear and slower to speak. God wants to hear our prayers and for us to cast our anxieties and cares upon Him, but we should not treat the occasion flippantly. Children can find ways to communicate intimately yet respectfully to their human parents; thus, as Christians, we can find ways to communicate intimately with God yet do so in ways which respect how He is the Creator and we are His creation, the gap between heaven and earth, and thus to stand before God wisely and not foolishly.

The Preacher continued with meditations regarding vows: those who make vows should pay them, and quickly, for God has no pleasure in fools (Ecclesiastes 5:4). It would be better to not make a vow at all than to make a vow but not pay it (Ecclesiastes 5:5): should a person allow their mouths to cause sin to overcome their flesh and have to tell God’s messenger he or she made a mistake, and suffer the loss of the fruit of one’s efforts (Ecclesiastes 5:6)? “God’s messenger” has been understood by some to be an angel, but also could refer to the priest who would have recorded what vows were made and the payment thereof (cf. Leviticus 27:14-15); in some way both could be in view. In the end the Preacher applied his theme to his exhortation: many dreams and many words are futile, or absurd; thus, all should fear God (Ecclesiastes 5:7).

If the people of Israel took anything which YHWH told them to do seriously, it was offering sacrifices and paying vows. The prophets critique Israel for many things involving sacrifices and vows, but Israel certainly made both, and often went beyond what we would think proper when it came to vows. The Israelites rashly made a treaty with the Gibeonites under false pretenses; they honored that vow (Joshua 9:1-27). Jephthah foolishly vowed to offer whatever came to meet him after victory as a burnt offering before YHWH; his daughter came first to meet him, and he kept his vow (Judges 11:30-40). Yet, as in all things, Israelites were also tempted to become legalistic in order to justify themselves; Jesus rebuked the Pharisees for how they would claim vowing based on certain things meant more or less than vowing on other things (Matthew 23:16-22), and exhorted people to avoid vows entirely (Matthew 5:33-37). The Preacher would likely agree.

Ecclesiastes 5:7 might well be the basis on which the Preacher’s editor declared fearing God and keeping His commandments was the summation of the whole matter (Ecclesiastes 12:13); certainly in Ecclesiastes 5:1-7 we have heard the Preacher speak more about a person and God than we have in much of his discourse to this point. The Preacher’s exhortations in Ecclesiastes 5:1-7 provide a good reminder: life “under the sun” is still governed by God. It may prove absurd and futile; the Preacher has stripped us of the many pretenses we maintain in an attempt to give life a meaning beyond what we have any right to expect here on earth in its corruption. But God remains in heaven, and we do well to glorify and honor Him through wise conduct when we stand before Him and as we live in the world. May we fear God and obtain eternal life in Jesus! 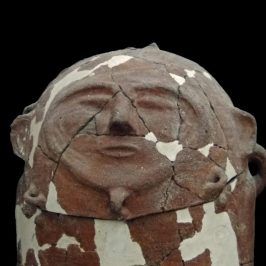