I’m sure you have seen them around. They come around and yell at people about their sins.

They are the “fanatics.”

They do not know you or many other people on campus. They might think they are doing something good, but they are really pushing people away. They stir up controversy and then walk away.

Maybe you’re not very religious, and you see such people, and therefore do not want anything to do with religion. That is an understandable reaction.

Maybe you are religious, and their conduct makes you feel ashamed. That is also an understandable reaction.

It does not have to be this way.

When Jesus of Nazareth walked on the earth, He went about doing good for people (cf. Acts 10:38). Many of the common people listened to Him gladly (Luke 5:1).

But it is not as if Jesus had a watered-down message. The Sermon on the Mount in Matthew 5-7 is exacting in its demands. Jesus strongly exhorts against sin and encourages people to live righteously. He encouraged people to stop being angry with each other, stop lusting after others, and instead to love each other–even one’s enemies!–and to forgive other people when they sin against us.

So why would the people listen to Jesus if His message was so strong?

The people listened to Him because they could tell that He cared. He healed all kinds of people (Matthew 4:23-25). He ate dinner with people known for their sinful behavior, including tax-collectors, who were universally hated (Matthew 9:10).

And Jesus was also known for His condemnation of the religious authorities of the day. They liked to be seen as righteous and treated with reverence by the people, but they did not really care for the people (cf. Matthew 23:1-36). They looked down at everyone else as “sinners” and thought they were morally superior to them (cf. John 9:1-41). Jesus pointed out their hypocrisy and declared that they were no better than anyone else.

We can learn a lot from Jesus’ conversation with the religious authorities and a woman caught in adultery in John 7:53-8:11. According to the Law of Moses, she was supposed to be executed for her sin (Deuteronomy 22:22). Jesus does not deny this, but instead says, “he that is without sin among you, let him first cast a stone at her” (John 8:7). No one does; everyone leaves except Jesus and the woman. He tells her that He does not condemn her either; she should go, and sin no more (John 8:11).

Jesus did not come to condemn people; instead, He came to rescue people from sin and death (Romans 8:1-3, 31-38). Yes, the day is coming when He will return in judgment, and people will receive the proper result for what they have done in life (Romans 2:5-11, 2 Thessalonians 1:6-10). But that day has not yet come. Right now Jesus wants all people to be reconciled back to Him so they can enjoy the blessings of eternal life (Romans 5:6-11, 1 Timothy 2:4).

Many of these “fanatics” will point out that Jesus did have strong words for people, as did the prophets in the Old Testament. Yet Jesus’ strong words were for the people most like the “fanatics” of His own day: those religious authorities who thought they were morally superior to others! The message of the prophets was primarily directed to God’s people to warn them about the consequences of their lack of true faith toward God.

The “fanatics” have a lot to learn from Jesus. He spoke strongly and perhaps harshly to people like them since they were convinced of their own righteousness when they should have remained humble because of their sinfulness. He continued to stand firm for what is right but displayed mercy and compassion on the people despite their sin. People listened to Jesus because they could tell that He lived the message He preached and He cared for them.

We seek to follow Jesus. We do not pretend to be better than anyone else. We want everyone to come to know who Jesus is and to follow Him as well. We are here to take His message out to you and to your friends in a loving and respectful way. We want you to know that those “fanatics” whom you have seen and heard are not reflecting the spirit and attitude of Jesus.

We’d like to talk more with you about God and Jesus and how we may be of service in your life. Please contact us here. Thanks again for your interest, and have a great day!

Your Talents Imagine that you have been given $2,000, and you are charged to take...

Culture and Interpretation According to the Scriptures God has spoken at many times in many... 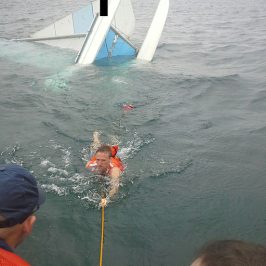