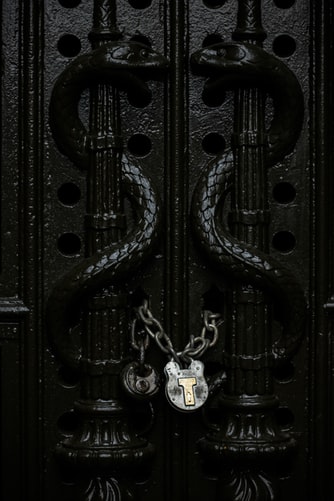 Fear in Culture and Faith

As individuals, most people are sensible and rational. In groups, however, humans can easily become very irrational, affirming and doing things they would otherwise have abhorred. Fear represents a major catalyst for this kind of contrast.

Fear seems to drive how many approach conversations and issues regarding life, society, politics, and the like in modern Western culture. If there were ever a golden age of philosophically liberal principles in which people disagreed about important issues but remained confident in the good faith of those with whom they disagreed, it is now behind us. Powerful forces encourage and stoke the fears of people across the political and cultural spectrum, suggest binary thinking, and impose the “good versus evil” framework over everything. A person of good faith who disagrees with you becomes a mortal enemy against all that is right and good when fear takes hold. If one’s opponents obtain political power, fear intensifies and scrutinizes: everything they say or do is seen in the worst possible light. If one’s allies obtain or maintain political power, fear is lessened, but any criticism by the opposition will stoke the fearmongering once more. Furthermore, any misdeeds of political allies in power are easily justified and rationalized as if it would be far worse if the opposition were in power. In such a climate of fear no compromise can be reached; extremists easily win the day. Most people fear their particular fears; few are they who interrogate their own fears and strive to understand other people’s perspectives and why they fear what they fear.

In the world the Machiavellian posture, “it is better to be feared than loved,” works. Striving to make the world a better place by displaying love, friendship, kindness, and compassion remains an honorable endeavor, but it is fear that drives television ratings, voters to the polls, and foot soldiers for the cause. It remains easier to get a person to fear anyone who is different than they are than it is to get him or her to love their neighbor no matter their differences. It is always easier to blame a marginalized other for the problems of the day than to take a hard look in the mirror and admit one’s own deficiencies. Anyone who can conjure up an enemy and then provide a solution that will make people feel safer will find it easy to win elections.

While fear may be the currency of the world today, as Christians, we must submit ourselves to the purposes of God in Christ. It is true that Christians are called upon to submit to one another in the fear of Christ (Ephesians 5:21); “fear” might be better translated there as “reverence.” We are to revere and honor God as God, and never forget how much greater He is than we are. Likewise, if we fall into transgression without repentance, we have every reason to fear God with great terror; it remains a fearful thing to fall into the hands of the living God (Hebrews 10:26-31).

For generations many Christians have attempted to justify fear as a motivation toward righteous conduct; many sermons have featured a kind of “hellfire and brimstone” proclamation designed to terrify those who hear regarding the dangers of hell to encourage obedience to the Lord Jesus. We must be very careful about how we communicate about such things. Jesus Himself warned people regarding hellfire (e.g. Matthew 13:47-50); the Apostles warned Gentiles regarding the judgment to come (e.g. Acts 17:30-31).

A person might be motivated by the fear of the terrible consequences of damnation to turn to the Lord Jesus, but fear cannot sustain a full and complete righteousness which is pleasing in the sight of our God. God did provide warnings; yet God also provided not just promises, but primarily and fundamentally, the example of His Son Jesus. The call to follow the Lord Jesus and take up the cross can never be empowered by fear; only love. For good reason John declared that there is no fear in love, and how perfect love casts out fear in 1 John 4:18. Fear, by its very nature, creates a sense of division and alienation between the one fearing and the object feared. That which is feared is made into a terrifying other, and the other must be destroyed or suppressed before the fear mechanism can be allayed and a feeling of comfort and safety can return. Love, by its very nature, draws near to the beloved. Danger still exists, but love seeks to overcome that danger with presence, care, and understanding. Whatever we fear we cannot truly love. We can only love when fear has been cast out.

One of the most counter-cultural things Jesus declared was for His disciples to love their neighbors as themselves, even those neighbors who hated them and sought their harm (Luke 6:27-36, 10:25-37). The Apostle Peter expected the Christians of Asia Minor to do good for those who hated and persecuted them while they entrusted themselves to a faithful Creator (1 Peter 4:12-19). Anyone loves those who love them; Jesus calls Christians to love even those who hate them and would do them harm.

Love that seeks the best interest of the beloved even at the harm of the one loving does not come naturally. We naturally resist those who would harm us. God has commended His love toward us, however, by having Christ die while we were sinners, enemies, acting contrary to His purposes (Romans 5:6-11). The Christian’s only hope of salvation is in love displayed toward those who are unworthy, undeserving, and even, at least for a time, hostile.

Christians, therefore, must stand firm in resistance of the modern cultural turn toward fear and fearmongering. Those with whom we disagree politically, culturally, and/or socially are not our enemies; our common Enemy has deceived them (and us as well, at least for a time; Ephesians 2:1-3, 6:12). We are not to fear them; we are to revere God (Matthew 10:28). As long as we remain in a posture of fear we cannot empathize, only demonize; as long as we demonize, we create distance between “us” and “them,” and thus can never show them the love of God in Christ. We must take the courageous step of not living in fear but in loving trust in God who has saved us in Christ. We might well find ourselves under pressure and persecution from the world; we might well find ourselves disadvantaged. Yet what is worse, to have been taken advantage of and harmed by our enemies or never displaying the love of Christ for them?

The Gospel is God’s power unto salvation (Romans 1:16); modern cultural, political, and social fearmongering does not advance God’s purposes in Jesus. Christians must never presume to be above the fray of the common experiences of life with their fellow man, but they must transcend the fray of fearmongering if they would truly honor and serve Christ by loving their neighbor as themselves. We must seek reconciliation with our fellow man, not alienation on account of the factions and partisans of the world. The Lord Jesus knew what He was saying and doing in John 13:35: disciples of Jesus will not be known or seen as such by their partisan political affiliation, their crusade in a culture war, or other endeavors which glorify the powers and principalities of this world, but by their love for one another. Love extinguishes fear. It is up to us to decide whether we will stand for love and resist fear or give into the fear and become as the world. May we love one another and our neighbor as Jesus has loved us, and obtain eternal life in Him!