It has become popular among many religious organizations and denominational churches to build and maintain a facility as part of their property which is used to facilitate the sharing of meals. Sometimes such facilities are considered a “multipurpose area” that might be used for meals, meetings, or other purposes; sometimes such facilities are uniquely designed for eating and sharing meals. Many among churches of Christ have also built and maintained such facilities in the name of expediting the sharing of meals among fellow Christians. We do well to consider what the Scriptures teach and authorize. 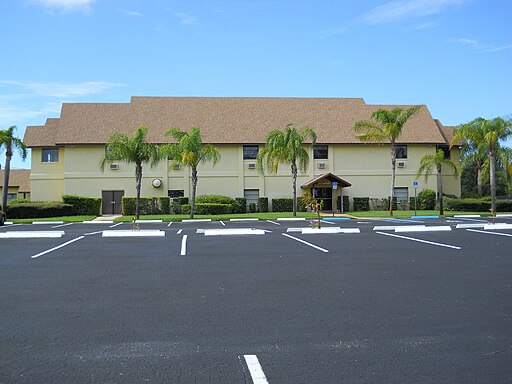 The New Testament clearly demonstrates how early Christians manifested their association with one another by sharing meals. The Christians in Jerusalem shared meals from house to house, taking meals gladly and with singleness in heart (Acts 2:46). Exclusion from participating in shared meals was part of the consequences of disassociation (1 Corinthians 5:11). The meal itself was not “fellowship”; in the New Testament fellowship is a relationship, something people share, not something that could be done (e.g. 1 John 1:1-7).

And yet the New Testament neither burdens the local church with the obligation of facilitating such meals nor authorizes the building and/or maintenance of a facility to be used to that end. The New Testament provides no command expecting the church, as a corporate collective, to share meals together; the New Testament likewise provides no example of any congregation, as a congregation, facilitating such meals. Instead the Apostles expect Christians to provide hospitality to fellow Christians, providing lodging when necessary but at least opening their homes to one another in order to share meals together (Romans 12:13, 1 Peter 4:9). Thus there is no New Testament authority for the local church to build and/or maintain a fellowship hall.

Some wonder what the problem would be with “eating in the building.” “Eating in the building” is not the problem per se. Early Christians met in homes (e.g. Romans 16:4-5, 23); it would not be in the least bit surprising if the people who hosted the congregation would also frequently host a meal for its members. In such a situation the host family is displaying hospitality (Romans 12:13, 1 Peter 4:9); the local congregation is not facilitating the meal. In an earlier time many Christians would travel some distance in order to assemble with fellow Christians and would bring their lunch with them. After morning assemblies they would share their meals on the church grounds with fellow Christians. It would seem that the Christians in Corinth were doing something of the sort (1 Corinthians 11:17-34). In such circumstances the local congregation, as a congregation, is not actively facilitating such sharing of a meal. It is one thing to “eat in the building” or “eat on the grounds”; it is quite another to build and maintain a facility for such a purpose.

So how could a local congregation build and/or maintain a building in which to assemble but cannot build or maintain a facility for sharing meals? In the New Testament Christians are commanded to assemble (Hebrews 10:24-25); the local church must therefore have a place in which to assemble. A building is an authorized expedient so as to fulfill this command: the building is a helpful means by which the local congregation can facilitate the assembling of its constituent members, a responsibility given by God to the local church. Christians come together to share meals in the New Testament by agreement among individuals (bringing food and eating it together, as in 1 Corinthians 11:17-34, or in our age, going out to share a meal at a restaurant together) or by showing hospitality (inviting Christians to one’s house and providing a meal, as in Acts 2:46). The church is nowhere commanded to run or direct such meals; the church is nowhere given that obligation or responsibility, and it remains the obligation of the individual Christian to show hospitality to fellow Christians (Romans 12:13, 1 Peter 4:9, 3 John 1:5-8). The New Testament provides no basis upon which to justify expediting examples; as such there remains no authority for the fellowship hall.

It would undoubtedly be easier for the congregation to facilitate the sharing of meals among fellow Christians, but God imposed that responsibility squarely on the shoulders of individual Christians who are repeatedly commanded to show hospitality, freely and not begrudgingly, toward one another (Romans 12:13, 1 Peter 4:9). This is not an attempt to minimize the value or profit in sharing meals; in fact, it magnifies its importance, for we get to know one another best and be in better positions to edify and encourage one another when we open our homes up to one another and share meals with one another. May we show hospitality toward one another, build one another up, and glorify God!

The Christian and Social Media “Social media” might be only a decade or so old,...

Rules, People, and Judgmentalism Ever since the beginning of mankind there have been rules. For...