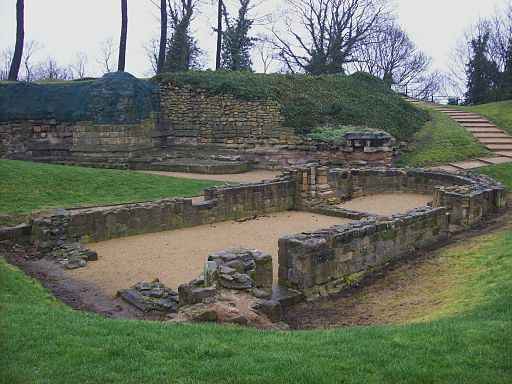 If the foundations be destroyed, what can the righteous do? (Psalm 11:3)

As Jesus of Nazareth was concluding His instruction popularly called the “Sermon on the Mount,” He spoke directly to His disciples and the people about the type of foundation upon which they should build their lives. Those who hear the words Jesus speaks and does them are like a wise man who builds a house on the rock; those who do not hear, or those who hear but do not do them are like a foolish man who builds a house upon the sand. When the storm comes, the house built upon the rock will stand; the house built upon the sand will collapse, and its fall is great (Matthew 7:24-27).

Jesus understood the importance of foundations for humans in their lives. Our foundations are the very deeply held assumptions and beliefs which informs how we view the world. Everyone has these foundations and they are not established in a vacuum: they are informed by how we were raised, by our educational system, by our peers, and by society at large. From these foundations we establish what we believe is right and wrong and act accordingly; we establish expectations about life and how it will go and act accordingly.

While many aspects of these foundations are individual by nature and by necessity, societies and cultures have such foundations as well. They are informed by the views and efforts of the authorities of the day: possibly government figures, but more likely philosophers, educators, scientists, psychologists, theologians, and those who curate art and media. In these ways general expectations are laid down for how a given culture will view the world and various forms of thought and behavior.

Western culture has experienced profound changes over the past two hundred and fifty years in terms of how these foundations are laid and on what authority. Western culture was established on the Greek philosophical and Judeo-Christian theological/ethical/moral traditions. Now many are enamored with reason and science and have come to the belief that through rationalistic, “objective,” scientific analysis we can come to a better understanding of anything. On account of these trends the preacher and theologian have been discounted as having much of worth to say whereas the doctor, scientist, and other such “experts” are asked to weigh in not only on their areas of expertise but also in terms of ethical and moral questions. Many are actively attempting to establish a moral construction without reference to God. Meanwhile cultural forces are attempting to pick and choose which aspects of Judeo-Christian ethics and morality “make sense” and remain “relevant” for twenty-first century life while pejoratively dismissing the rest as “primitive” and “outmoded.”

In such an environment we must ask: what has happened to the foundations? What confidence can we have in our foundations? If God is not the foundation, what can be? All endeavors to establish a secular ethic or morality end up featuring relativism or utilitarianism or a mix of both: after all, if the ethic or morality is not grounded in God, what is ethical or moral is up to individuals or a cultural consensus of individuals. Those attempting to establish an “objective” understanding of metaphysics are running into the same challenges anticipated by their Greek philosophical forebears 2400 years ago: what really is the good, or the just? How can “the good” be objectively established? On what basis can we have confidence that we can understand “the good”? The best answer that can be given is that “the good” is to do what is in the best interest of the general welfare for the most people, which is a benevolent form of utilitarianism. Even then there can be no proof adduced for such a view; it only holds as long as people agree to hold onto it. Thus any form of secular ethic or morality ends up being “groupthink,” unable to be anchored in any “objective” reality, and subject to the caprice of the majority.

Such is why Christians continue to affirm the importance of foundations and to look beyond themselves for the foundation. Secularists may pejoratively dismiss the idea of God as the anchor and ground of ethics and morality, finding such a view insufficiently “objective,” but the revelation contained in Scripture gives the Christian no other alternative. The Bible is clear: God is, so all else can be. God is the Creator, the Beginning and the End; He did not just create us but also loves us, continues to sustain and uphold the creation by His power, and seeks the welfare of His people in covenant loyalty (Genesis 1:1-2:3, Psalm 136:1-9, Colossians 1:15-18, Hebrews 1:3). In God we live and move and have our being (Acts 17:28). Through His Word He created all things and sustains mankind (Deuteronomy 8:3, Psalm 33:6-9). There is no consideration of a distinction between the “physical” and “metaphysical” properties of God’s Word; the “metaphysical” informs the health and integrity of the “physical” (Psalm 19:7-11)!

To this end God’s ethics and morality are not portrayed in Scripture as just some nice ideas or some fixed arbitrary standard for us to follow but as much of the principles that uphold the creation as those of gravity or motion. That which is good is part of the structure of the universe; that which is evil corrupts, degrades, and causes disharmony and distortion in the creation (e.g. Hosea 4:1-3).

God’s Word is the foundation of the creation; thus it is right and appropriate for the words of the Word of God to be the foundation for what we think, believe, feel, and do (John 1:1-14, 18, Colossians 2:1-10). A Christian’s view of right or wrong must be informed, first and foremost, by what God has declared to be right and wrong, and only then applied to his or her particular context (Galatians 5:17-24). The way the Christian looks at the world is to be informed through the revelation of God in Christ; the philosophies of the world merit commendation or censure based on their consistency with the standard of God in Christ (Colossians 2:1-10).

Science may describe many of the mechanics but can never explain ultimate causes or reasons. Science cannot explain why something is reckoned to be “right” or “wrong.” All scientific and secular attempts to explore metaphysical questions, absent from a foundation in God, are destined to be myopic. God in Christ as the Creator of the heavens and earth and faithful in covenant to His people, enthroned upon love and justice, is the only way to truly make sense of the world in which we live and the lives we experience. Let us establish our lives on the Lord Jesus Christ and not the prevailing (and shifting!) secular consensus of the day!

Concerns Regarding Terminology in Divorce and Remarriage Discussions For some time Christians have been discussing...

The Letter to the Hebrews Some Christians were in great need of encouragement. Yes, they...