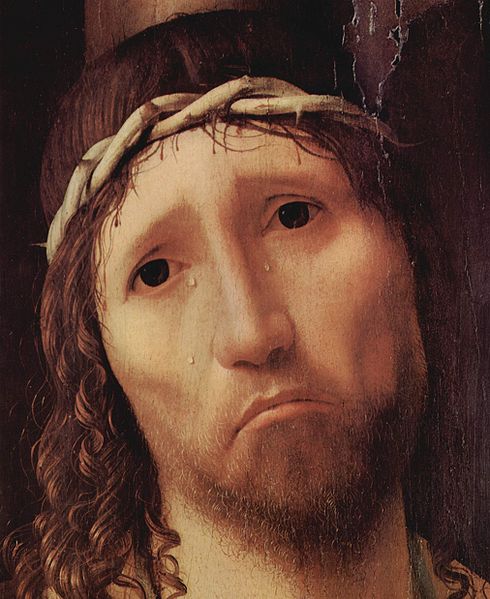 Fruit of the Spirit: Gentleness

The Apostle Paul addressed the imminent danger of apostasy among the Galatian Christians, firmly insisting they could not expect to find grace if they held to the Law of Moses (Galatians 1:1-5:16). But Paul did not want to neglect other principles, especially faithful living in Jesus; thus he condemned the works of the flesh and exhorted the Galatian Christians to manifest the fruit of the Spirit (Galatians 5:17-24). Paul spoke of the fruit of the Spirit in Galatians 5:22-23:

But the fruit of the Spirit is love, joy, peace, longsuffering, kindness, goodness, faithfulness, meekness, self-control; against such there is no law.

Love well defined the whole of the fruit of the Spirit. Joy and peace speak to a disposition which Christians ought to maintain; longsuffering/patience, kindness, goodness, and faithfulness well demonstrate an appropriate disposition. Likewise, Christians ought to be marked by gentleness, meekness, or mildness (Greek praotes).

1. Mild of temper; soft; gentle; not easily provoked or irritated; yielding; given to forbearance under injuries.
2. Appropriately, humble, in an evangelical sense; submissive to the divine will; not proud, self-sufficient or refractory; not peevish and apt to complain of divine dispensations.

We may see the reasons behind the choice of the term “gentleness” in many modern versions over the term “meekness,” lest any receive the wrong impression about what a Christian ought to be. A Christian is not to be a “pushover,” one who does not stand up for what he believes; he is to be gentle, a person who maintains control and grace even under significant duress. A gentle person need not be a doormat; the gentle person maintains strength under control.

Paul insisted upon gentleness and meekness as as an attribute of Jesus Christ (2 Corinthians 10:1), the One whose life we ought to emulate (1 Corinthians 11:1). He considered Himself meek and lowly in heart (Matthew 11:29-30). His entire experience in His suffering and death displayed His gentleness and strength under control: at any point He could have summoned legions of angels to save Him and destroy those who would destroy Him, and yet He suffered as He did in order to fulfill what was written (Matthew 26:51-54). Even as He was about to be led away to be killed Jesus proved willing to heal the ear of the high priest’s servant (Luke 22:51). While on the cross Jesus asked the Father to forgive those who were killing Him and mocking Him, for they did not know what they were doing (Luke 23:34-37). Thus Jesus did not desire to see any lost or destroyed; He gave little thought to Himself and His own interests, and even while suffering incredible evil and pain sought what was best for others and did not respond with violence or vituperation but blessing and good.

Since Jesus is the Son of God, fully God as well as fully man, many consider His example to be a great ideal yet beyond what the rest of us can do. Yet Stephen, one of the earliest Christians, found himself in a similar predicament in Acts 7:2-60. He strongly indicted the Sanhedrin for what they had done; they sought to stone him to death. While they stoned him Stephen prayed that this sin would not be laid against them (Acts 7:60). Stephen was full of the Holy Spirit, and the fruit of the Spirit was thus manifest in him: he was able to demonstrate an extraordinary level of meekness and gentleness in seeking the salvation and best interest of those who were killing him. Jesus and Stephen proved meek, but who among us would consider them to have been doormats, pushovers, or soft?

Unfortunately, far too many have made much of the demonic, unspiritual wisdom of the world regarding assertiveness, aggression, and gentleness, and have tried to baptize it and commend it as part of the Christian faith. In many churches Christians are expected to project strength and deny weakness; whatever strengths are not displayed prominently are dismissed or denied. Many lauded the “fighting style” of preaching and evangelism and did not shy away from using the Devil’s tactics to seek to advance the cause of the Lord Jesus.

Such is why Christians must always keep the cross of Jesus foremost in their minds when they consider how they are to live so as to glorify God. There is no pride in or way to project strength upon one of the most barbarous and humiliating form of torture and execution devised by mankind. There can be no “flexing” or assertiveness while being nailed upon a cross. For this reason many of the opponents of Christianity have scoffed and derided the faith as rationalizing pusillanimity, softness, and weakness, a faith for the “losers” who could not overcome the “strong.” Yet for those being saved in Christ this is part of the “foolishness” and “weakness” of God which is greater than the “wisdom” or “strength” of the world: by displaying such strength under control, and showing love, care, and concern even while enduring horrendous evil, Jesus was glorified above every name (Philippians 2:5-11). Stephen obtained a crown of life not despite his desire for the forgiveness of those who were killing him, but partly because of it (Acts 7:53-60).

In Christ strength is not determined by the exercise of dominance in various rituals or in the expression of violence; in Christ these things are considered worldly folly and weakness (cf. Matthew 20:25-28). Strength under control is prized in Jesus: the recognition that one could exercise dominance or violence, but instead chooses to love, care, and bless (Matthew 5:38-48, Romans 12:9-21). If Christians derive their strength from God in Christ and maintain the cross of Jesus as their confidence, there is no need to project strength to hide worldly insecurities; we can be mild, gentle people, always seeking the good of others regardless of how they would treat us.

We should never expect to receive the world’s accolades for manifesting gentleness and meekness; quite the contrary, we should expect derision and mockery. The way of gentleness and meekness is the way of the cross; yet in suffering thus we share in Christ’s sufferings so that we can also share in Christ’s glory (Romans 8:17-18). May we prove meek and gentle like Jesus, suffering with Jesus, so that we can obtain the resurrection of life in Jesus!