Gods of This World: Tolerance

Whenever people come together who look differently from one another or who have different beliefs or worldviews, there generally is one of two results: there is either some level of tolerance or there is conflict. History books are full of examples of such conflict, and unfortunately, many such conflicts continue on to this day in many parts of our world.

While tolerance has been a virtue that seemed to be lost on the world for many generations it is present today, especially in America, in force. As the country becomes more and more diverse, with a greater number of differences in ethnicity, religion, language, and culture, emphasis on tolerance has grown stronger and stronger.

Tolerance does not have to be a bad thing. The Bible, in fact, insists on believers in God being tolerant of other people. Racial, ethnic, and class differences should not mean anything to the believer (Galatians 3:28, Colossians 3:11). When believers are confronted with people who disagree with them, even those who act violently against them, they are not to act violently in return, but instead should bless them (1 Peter 3:9). Just as God has not coerced or forced anyone to accept His truth, so believers are not to coerce or force anyone to accept Christianity.

Unfortunately there have been many people who have professed belief in Jesus Christ who acted in ways contrary to these principles. Such people did not act in accordance with God’s will and should expect no reward for those sinful actions.

Christianity, therefore, was designed to be a religion that was tolerant of those who rejected it or denied its teachings, trusting that God would render proper judgment in the end (Romans 2:5-11, 12:19-20). If the tolerance espoused by modern American society only insisted that everyone respect the right of others to disagree with them, then we would have no dispute or quarrel. Unfortunately, that is not the case.

“Tolerance” has been made into its own religion in modern America, a god that many serve. Tolerance today goes beyond merely respecting the rights of others to believe as they wish. If we are going to be accepted as “tolerant,” we must also accept the viewpoints of others as equally legitimate as our own. The “tolerant” perspective does not chastise or condemn the views of other acceptably “tolerant” persons.

What does this mean? It requires that people not only respect the rights of others to believe differently but to not have any condemnatory view of them and to legitimate their viewpoint. If one believes that homosexuality, for instance, is sinful and condemned by God, such a person cannot be “tolerant,” even if he or she bears no ill will toward homosexuals and would never harm a homosexual. The same is true for any who believe that those who practice other religions are committing sin and will be condemned by God, or those who would condemn lasciviousness, other forms of sexual immorality, drug use, etc.

And therein is the great irony of the religion of “tolerance”: it is tolerant of only that which it deems to be tolerant, and has little to no patience or toleration for what is deemed “intolerance.” Those who are “tolerant” express venom and distaste for those who are “intolerant,” and are thus self-condemned!

Ultimately, the modern religion of “tolerance” is guilty of that which it condemns in others. It is no more “tolerant” than that which it deems “intolerant”; it just re-defines what is tolerable and what is intolerable. In the end, while we can respect the rights of others to disagree, some kind of value judgment must be made: truth exists, and we must stand firm in it. Let us not be seduced by the idol of tolerance but instead stand for what God has established. Let us stand firm against sin and declare it to be sin so that we can demonstrate to the world the light and truth of Jesus Christ (cf. John 1:1-14)! 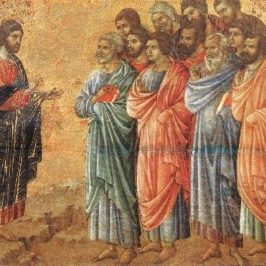