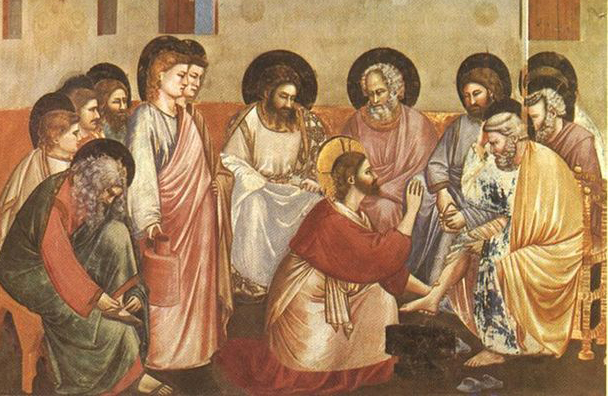 Humility is one of the more difficult forms of virtue to manifest. The Greeks thought humility to be weakness and did not consider it a virtue; the world, by in large, maintains that assessment. Those who exalt themselves, prove arrogant, and manifest confidence seem to get ahead more than those who maintain humility and do not exalt themselves. So it is in our superficial world. And yet, Jesus humbled Himself. When man is confronted with some manifestation of the glory of God, the natural and instantaneous reaction is to fall on one’s face and to declare one’s worthlessness.

Isaiah, when confronted with the glory of God, exclaims the following in Isaiah 6:5:

Then said I, “Woe is me! for I am undone; because I am a man of unclean lips, and I dwell in the midst of a people of unclean lips: for mine eyes have seen the King, YHWH of hosts.”

As Ezekiel sees a heavenly vision, his reaction is recorded in Ezekiel 1:28:

In the New Testament, as Jesus is transfigured, appears with Moses and Elijah, and the voice of God speaks, the response of Peter, James, and John is recorded in Matthew 17:6:

And when the disciples heard it, they fell on their face, and were sore afraid.

By now we can see a consistent pattern: when we are confronted with even a slight manifestation of the glory of God, our utter nothingness as dust is made very clear, and all we can do is fall down on our faces and cry out how unimportant and nothing we are.

While we have little chance of having such a manifestation made to us while in the flesh, we must recognize that we are always in the presence of God. We have association with God, and He desires to hear our petitions (1 John 1:3, 1 Peter 3:12). The awesomeness of that fact should constantly humble us. We are but dirt; we have the opportunity to serve the living God. We would do well to have the attitude of the servants described in Luke 17:7-10:

“But who is there of you, having a servant plowing or keeping sheep, that will say unto him, when he is come in from the field, ‘Come straightway and sit down to meat’; and will not rather say unto him, ‘Make ready wherewith I may sup, and gird thyself, and serve me, till I have eaten and drunken; and afterward thou shalt eat and drink?’ Doth he thank the servant because he did the things that were commanded? Even so ye also, when ye shall have done all the things that are commanded you, say, ‘We are unprofitable servants; we have done that which it was our duty to do.'”

Our goal is to be obedient servants (Romans 6:16-18); that demands a position of humility, and we should be more than willing to accept it.

Jesus Christ, of course, is the ultimate example of humility. As it is written:

Have this mind in you, which was also in Christ Jesus: who, existing in the form of God, counted not the being on an equality with God a thing to be grasped, but emptied himself, taking the form of a servant, being made in the likeness of men; and being found in fashion as a man, he humbled himself, becoming obedient even unto death, yea, the death of the cross. Wherefore also God highly exalted him, and gave unto him the name which is above every name; that in the name of Jesus every knee should bow, of things in heaven and things on earth and things under the earth, and that every tongue should confess that Jesus Christ is Lord, to the glory of God the Father (Philippians 2:5-11).

Let us strive to digest this passage for just a moment. God the Son was God. He was in the heavenly places. He willingly took on the form of a man. Not only did He humble Himself by being a man, He was a man of no esteem: the supposed son of a carpenter in the backwoods of Galilee (cf. Isaiah 53:2-3). Not only was He not a man of much esteem, He was never rich according to the standards of men, nor did He have much of a formal education (John 7:15). He taught the people, healed them of disease, did many other works, and for it was unjustly reviled and condemned, to die the worst kind of death that mankind could ever devise. Who can believe such a thing? It is small wonder that Paul speaks about how God has made void the wisdom of the world (1 Corinthians 1:17-20)! Because of His great humility, God raised Jesus and exalted His name above every name, to the glory of God the Father.

In the world, to be exalted you must exalt yourself. In the Kingdom of God, you must humble yourself if you desire exaltation on the final day (Matthew 23:12). This is counter-intuitive yet entirely necessary.

Let us consider the ultimate example of Christ’s humility: washing the disciples’ feet in John 13:1-17. In the ancient world, there was no lowlier position than the servant assigned to wash people’s feet, and yet here is the Lord of the Universe washing the feet of His disciples, a group known to not understand the purpose of Jesus and constantly bickering over who was the greatest. His lesson is made manifest in John 13:12-17:

So when he had washed their feet, and taken his garments, and sat down again, he said unto them, “Know ye what I have done to you? Ye call me, Teacher, and, Lord: and ye say well; for so I am. If I then, the Lord and the Teacher, have washed your feet, ye also ought to wash one another’s feet. For I have given you an example, that ye also should do as I have done to you. Verily, verily, I say unto you, a servant is not greater than his lord; neither one that is sent greater than he that sent him. If ye know these things, blessed are ye if ye do them.”

We often speak of humility in terms of a “heart issue”: one must have it in one’s heart to be lowly, and such is certainly a part of humility. Jesus, however, tells us that humility is also manifested in our deeds: as He has served us, we therefore should serve others. That is what Jesus taught the disciples, and such is what Paul taught later disciples in Romans 15:2-3:

Let each one of us please his neighbor for that which is good, unto edifying. For Christ also pleased not himself; but, as it is written,
“The reproaches of them that reproached thee fell upon me.”

Humility is not an easy tendency for most of us: we have a natural desire to elevate oneself, especially when we go about doing good. By serving others, however, it is easier to have our hearts in the right place. We must constantly remember that we serve a great and awesome God, and that we are as nothing before Him. We must keep the example of our Lord in mind, recognizing that if we humble ourselves we can be exalted on the last day. Let us consider Galatians 6:3-4:

For if a man thinketh himself to be something when he is nothing, he deceiveth himself. But let each man prove his own work, and then shall he have his glorying in regard of himself alone, and not of his neighbor.

Let us consider ourselves properly, and let us be as unprofitable servants, doing only that which we are supposed to do, and all boasting and glory are Christ’s for His love and His suffering on our behalf.

Fallen Virgin Israel God commissioned Amos to pronounce words of indictment and judgment against the... 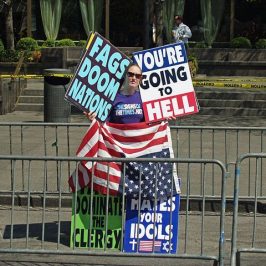