We reckon therefore that a man is justified by faith apart from the works of the law (Romans 3:28).

Many Protestants have taken “justification” and “sanctification” and made them the preeminent words to describe their salvation. This sixteenth century dispute is simultaneously projected back to the first century and imposed on the twenty-first. The terms seem technical and hard to understand. And then there is the tension that exists between Paul’s declaration of justification by faith apart from works (Romans 3-5, Galatians 2-3) and James’ declaration of justification by faith and works (James 2:14-26). Therefore, let us attempt to understand the nature of justification as it is revealed in the New Testament.

Throughout human history, people have tried to be righteous by holding themselves to a righteous standard. The Jews knew that the Law of Moses represented the ultimate standard of righteousness, since it was delivered by God Himself, and often trusted in possessing that Law as a reason for righteousness (cf. Romans 2:17-24). Pagan Gentiles figured that the gods would be placated as long as appropriate sacrifices were made at the right times. Even to this day many people have at least a latent expectation that “good people”–those who do not commit “egregious” acts of sin, who keep to themselves, and who keep up societal standards–will be saved by virtue of their “goodness.”

For I am not ashamed of the gospel: for it is the power of God unto salvation to every one that believeth; to the Jew first, and also to the Greek. For therein is revealed a righteousness of God from faith unto faith: as it is written,” But the righteous shall live by faith.”

The righteous, or those who are justified, live by faith, as it is written in Habakkuk 2:4. Our faith now must be in the Christ of the Gospel: the message of Jesus’ life, death, resurrection, Lordship, and Kingdom (cf. 1 Corinthians 15:1-3, Galatians 1:6-9).

But what about those who would be justified by their works alone? Paul will go on to show in Romans 1:18-32 how the pagans have fallen away from God, and in Romans 2 how the Jews have also sinned. Romans 3:9-23 is the grand declaration that all have sinned and fallen short of God’s glory. The sinfulness of mankind negates any hope for justification by works alone. Even though many believe that as long as their “good” outweighs their “evil,” all shall be well, God declares that any sin is sufficient for condemnation and death (Romans 2:5-10, 6:23). In order to be justified by works alone we would have to always do good and never do evil. Since none of us have been able to do this, no one can be justified by works alone.

Paul applies the same idea to justification by works of the Law of Moses, something that many Jews had tried to do for generations and were now trying to impose on Gentiles in Galatia and maybe even in Rome. Paul shows that the Law of Moses certainly declares what is right and wrong, and thus what is sinful (cf. Romans 3:20), but it provides no recourse once one has sinned. The blood of bulls and goats cannot take away sins (Hebrews 10:4)! This is why no one, not even under the old covenant, can be justified by works of the Law alone (cf. Galatians 3:11)!

Instead, we are declared righteous through faith. God did through Jesus what the Law could not do: He provided the sacrifice for sins that allowed people to be reconciled to God (Romans 3:24-26, 5:1-11). Dependence on God, and not on ourselves or on the Law, is the only means by which we can be justified!

But does this mean that we are justified by faith alone, as so many believe? Too many have made Paul’s arguments in Romans and Galatians absolute, declaring that works have no place in justification, and thus go beyond what is written. James helpfully provides the balance in James 2:14-26. Faith alone is as worthless as works alone; it cannot save (James 2:14)! James makes reference to Abraham, just as Paul does in Romans 4, but shows how Abraham’s faith was made evident in his willingness to sacrifice Isaac on the altar (James 2:21-24). Faith alone is dead faith, and James explicitly says that a man is not justified by faith alone (James 2:24). 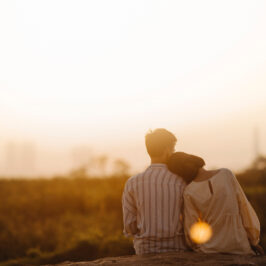 Life in Relationships Why are we here? What is life all about? If we were...