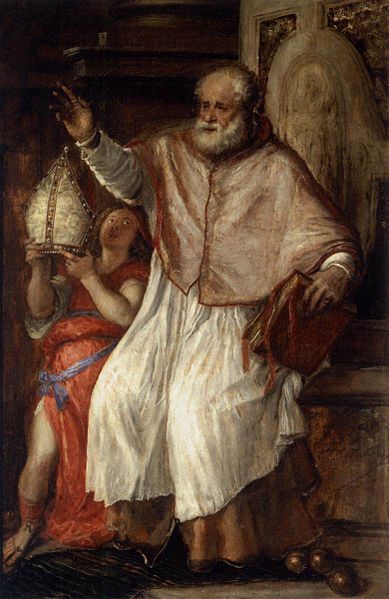 In the past generation we have witnessed a profound shift toward secularism in Western society, particularly in the United States of America. This shift has led to discomfort and unease among many who profess Jesus; some in society take every opportunity given in order to instigate fear and concern among such people. One such flashpoint is the so-called “War on Christmas.” Some fuel speculation that many are attempting to de-emphasize the religious aspects of Christmas as part of a greater agenda to eliminate Christianity from public discourse. As a result many insist upon saying “Merry Christmas” and cast aspersions on anyone who would say, “Happy Holidays,” as if they are attempting to be politically correct and/or are part of the secularizing agenda. In this environment many loudly proclaim a desire to “keep Christ in Christmas” or to “put Christ back into Christmas.” “Jesus is the reason for the season” is a similar appeal. These sentiments are expressed not only by those who feel as if there is a “War on Christmas” but also by those who feel as Linus did in A Charlie Brown Christmas: the fear that many have abandoned the “true meaning of Christmas,” involving Jesus’ birth, for a hollow capitalist alternative.

We may sympathize, to some degree or another, with concerns about secularization and a desire to recapture some sort of holiday spirit. We recognize that many well-intentioned people feel strongly that we must “keep Christ in Christmas” and believe that “Jesus is the reason for the season.” Yet, as Christians seeking to serve the Lord Jesus, we must test every spirit according to what God has revealed in the Scriptures (2 Timothy 3:14-17, 1 John 4:1). Should we therefore “keep Christ in Christmas” and proclaim how “Jesus is the reason for the season”?

Many might be surprised regarding how many of the details of the “Christmas story” as told in modern culture and within many religious organizations do not come from Scripture but the traditions of men. We learn about the birth of Jesus in Matthew 1:18-2:15 and Luke 1:1-2:21. In those passages we are told about the angel Gabriel’s visit to Mary and then Joseph; the proclamation that the Child would be conceived by the Holy Spirit and would be the One who would inherit the throne of David and fulfill all the prophets had spoken; the visit to Bethlehem, Jesus’ birth, and placement in the manger; the announcement to the shepherds; the visit of the Magi; and the flight to Egypt. December 25 is not given as the date of His birth, nor is there any indication of the times or seasons in which it took place. The number of the Magi is not provided: later tradition suggested three because three gifts were given, and even named them Melchior, Caspar, and Balthazar. Beyond all these matters the New Testament betrays no command, example, or inference to suggest that early Christians commemorated the birth of Jesus specially and specifically on one day of the year.

If early Christians did not observe any given day as the birth of Christ, let alone December 25, from where did all of these practices derive? A quick exploration of history demonstrates that many of the traditions come from later times, most of which proved to be attempts to Christianize various pagan practices. December 25 was possibly chosen on account of the belief that the angel Gabriel visited Elizabeth in the Annunciation around the vernal equinox, or March 25; it is just as likely that the Annunciation was based on the traditional date of Christmas, and December 25 was chosen as a way of Christianizing the Roman festivals of Saturnalia and the birth of the Sun. We begin seeing suggestions of Jesus’ birth as December 25 a century after the end of the apostolic period; for centuries many associated Jesus’ birth with the believed date of His baptism (Epiphany) on January 06. Christmas’ popularity would only be fully established in the late medieval period.

Many Christmas traditions developed during this time. Pagans throughout Europe enjoyed a great festival around the time of the winter solstice to welcome the return of the Sun. Romans would hang greenery in their houses during Saturnalia; similar practices took place in Germany and Scandinavia around the same time. Traditional gift-giving observances in the late fall and early winter were merged with the legends surrounding St. Nicholas of Myra who in his day was as famous for punching an opponent at the Council of Nicaea as he was for a reputation of giving gifts in secret.

While many who professed Christ encouraged people to consider Jesus and His birth during the Christmas season, most people throughout the past two thousand years celebrated the season for very different reasons. Roman Saturnalia was famous for its revelry and the exchanging of roles between masters and slaves; late medieval and early modern celebrations of Christmas were times of drunkenness, revelry, and sexual immorality, which led the Puritans to ban its observance in the middle of the seventeenth century. Over the past two hundred years emphasis has shifted toward Christmas as a time to spend with family and to exchange gifts; concerns about consumerism and complaints about people missing the reason for the season have persisted ever since.

Christmas (“Christ’s mass”) may be the most popular common name for the observance, but Jesus has never been at the center of the reason for holiday observances around the winter solstice. Jesus Himself never commanded people to observe His birthday; the very fact the exact date of His birth is left unrevealed should speak volumes. The earliest Christians praised God because God took on flesh and dwelt among us as the Immanuel, Jesus of Nazareth; they proclaimed His birth, life, death, and resurrection, and exhorted all people to serve Him as Lord. Everything about what we know as “Christmas” derives from traditions, many of them pagan, which were either justified by becoming Christianized as part of the Christmas observance or became caught up in the orbit of the Christmas observance. Not a few of our traditions are less than 250 years old.

Whereas we might have some concerns regarding the secularization of the West, and there are many good and commendable things about spending time with family and sharing gifts, as Christians we cannot expect to “keep Christ in Christmas” or to “put Him back” into it; Jesus is no more the reason for the holiday season than He is the reason for every season and everything under heaven (Colossians 1:15-19). May we glorify and praise God for sending Jesus in the flesh, and may we serve Him in this season and every season!

Genealogy As creatures seeking meaning, human beings often wonder about who they are and from...