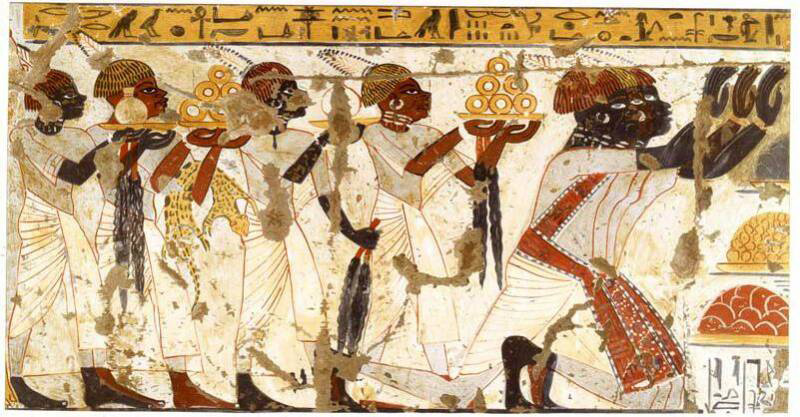 It sat at the southwestern end of the known world of the ancient Near East; what lay beyond seemed impenetrable. Its people were tall and smooth, respected warriors, integrated well into the ancient Near Eastern milieu. Its empire would endure even though Assyria, Babylon, Persia, and Greece would rise and fall. Why we know so little about Kush, the Kushites, and the Kushite Empire is a tragic tale indeed.

Kush (often spelled Cush) is listed first among the sons of Ham in Genesis 10:6; among his descendants was Nimrod (Genesis 10:8). The land known as Kush in the ancient Near Eastern world lay in the Nile river valley from where the Blue and White Nile rivers converge until they reach the southern border of Ancient Egypt at Elephantine and Aswan; this area is now the southernmost part of Egypt and the northern part of Sudan. The Greeks called the Kushites “Ethiopians,” a term meaning “those burned in the face,” indicating Greek perspective without necessarily the prejudice which modern people might read into the term. The Greek term was used to refer to anyone of dark skin color, and thus would eventually become the term used to describe the Aksumite and later dynasties of the land we now call Ethiopia. Thus, in both Old and New Testament times, the “Ethiopians” are really Kushites.

The land of Kush was no stranger to humans or development; megaliths likely built over nine thousand years ago can be found there today. While Egyptian civilization arose six thousand years ago, so did a culture in the land of Kush. Evidence has been discovered of the “Kerma culture” which featured a well-developed city at Kerma from around 2500 to 1500 BCE; it is the oldest city in Africa outside of Egypt. Around the twenty-first century BCE the Egyptians began to refer to those who lived to their south as the Kushites; Middle Kingdom Pharaohs controlled the northernmost areas of Kush, but Kerma would persevere as a major Kushite city and power, reaching its greatest power in the 1600s BCE, defeating the Egyptians and almost destroying them. Little wonder the first New Kingdom Pharaohs attacked Kush relentlessly and destroyed the power of the “Kerma culture” around 1500 BCE.

The Egyptians had great interest in Kush because of the large amount of gold in the land. The Kushites remained subject to the Pharaohs of the New Kingdom and were significantly influenced by Egyptian architecture and religion. As the Egyptian state began to decline and fade in the eleventh century BCE, native Kushites began to assert their power in Kush and built a state and empire centered in Napata and modeled on the administration they had endured at the hands of the Egyptians.

The Kingdom of Kush continued to grow and develop; by 730 BCE they were in control of most of the land between the convergence of the Blue Nile and White Nile to Elephantine in Egypt. From 728-716 BCE Piye, king of Kush, invaded Egypt, and maintained control of Upper Egypt; thus the Kushites represent the 25th dynasty of Egyptian pharaohs. Piye’s son Shabaqo established himself as king of all Egypt in 710; when Isaiah spoke of Egypt and Pharaoh, he spoke of a Kushite controlled land and dynasty. Shabaqo would send an army led by Taharqa to Judah to support Hezekiah against Sennacherib in 701 BCE (cf. 2 Kings 19:9, Isaiah 37:9); Taharqa’s military prowess was later commended by Strabo, and we should not uncritically accept the Assyrian diminished perspective on Kushite strength. It is hard to know if either the Assyrians or the Kushites had a clear military victory; all we know is that after Sennacherib’s army was laid low by the angel of YHWH, Sennacherib never returned to the area of Judah, and Egyptian trading privileges with the southern Levant were restored.

Taharqa would reign over Egypt himself from 690 to 664 BCE and oversaw a renaissance in culture and influence. He would defeat Esarhaddon king of Assyria in Egypt in 674, maintaining significant influence in the southern Levant at that time. Esarhaddon invaded again in 671, prevailed, overran Egypt to Memphis, and then retreated; Taharqa would reassert control soon after. During the next campaign in Egypt in 668 Esarhaddon died; his son Ashurbanipal would defeat Taharqa as far as Thebes, but again retreated. The Assyrians empowered a native Egyptian dynasty in Sais in Lower Egypt; Taharqa’s successor Tantamani would lead a campaign north, killed Pharaoh Neko I, and reasserted control over all Egypt. Ashurbanipal led another campaign to Egypt and thoroughly defeated Tantamani, inflicted destruction upon Thebes in Upper Egypt from which it would never recover (cf. Nahum 3:8), and ending Kushite rule in Egypt. In 592 a descendant of Neko I, Psamtik II, invaded Kush and sacked Napata, making sure the Kushites did not maintain any further design on controlling Egypt. Napata would never recover; the Kingdom of Kush persevered, however, became less “Egyptianized,” and established a new capital further up the Nile at Meroë.

The Kingdom of Kush would continue to exercise hegemony over the land of Kush from Meroë for the next nine hundred years. Cambyses of Persia led a military campaign into Kush, and may have conquered the Nile up to the second cataract; Herodotus described the campaign as a failure. The Ptolemies maintained peaceful relations with Kush; the Kandake, or queen, of Kush fought with the Romans in the first century BCE but did not lead to any significant change in territory. The Ethiopian eunuch of Acts 8:26-40 would have been the treasurer of the Kandake; since there was a temple built to YHWH in Elephantine during the Persian period, it is not inconceivable for a community of Jewish exiles to have dwelt in the land of Kush. The Kushite Empire would endure until defeated by the ascendant Aksumite Empire to its south in the middle of the fourth century CE; it would dissolve over the next two hundred years.

Kushites participated in the ancient Near Eastern world. Kushites are portrayed as mercenaries participating in the Egyptian army and settling in Egypt; the prophets spoke of Kushites serving in other armies (cf. Jeremiah 46:9, Ezekiel 30:5, 38:5). The Assyrians favored Kushite horses for their chariots. Ebed-melech the Kushite proved faithful to Jeremiah and rescued him from certain death in a cistern (Jeremiah 38:7-13).

The Kushites, therefore, developed a robust, long-lasting, and powerful civilization. They were highly esteemed in their own day; their reputation has suffered over time because of the prevalence and legacy of white supremacy.

It is not as if the ancients did not notice the Kushites had dark skin; Jeremiah asked rhetorically if a Kushite could change the color of his skin for a reason (Jeremiah 13:23). And yet Isaiah spoke of them not on the basis of the color of their skin by their size and smoothness (cf. Isaiah 18:2). Aaron and Miriam grumbled about Moses’ Kushite wife, not because she was Kushite, but because she was not Israelite (cf. Numbers 12:1ff) Isaiah prophesied doom for Egypt and Kush, but not out of any kind of prejudice against them: Isaiah’s problem was with Judah trusting in Egypt and not in YHWH (cf. Isaiah 18:1-20:6). Amos understood God had established the Kushites in Kush as the Philistines came from Greece, the Syrians from Aram, and Israel in its land (Amos 9:7). We have no reason to believe that the Israelites manifest any particular prejudice against the Kushites: if anything, they were valued partners, and the Psalmist envisioned a time when the Kushites would honor the God of Israel (Psalm 68:31, 87:4).

The concept of race, primarily determined by skin color and other physical features, was developed in the fifteenth and sixteenth centuries of our own era; the ancients, as manifest in the Scriptures, divided people on the basis of ethnicity (cf. Acts 17:26). Kush is a child of Ham but was no more a part of the curse of Canaan than was Egypt or Put, and no one ever suggested Nimrod’s descendants suffered from any sort of curse (Genesis 9:22-27, 10:6-9); no one in the ancient world thought it strange that the descendants of Ham would all feature different skin colors.

After the Aksumite Ethiopians laid the Kushites low, bands of the Noba moved into many parts of Kush, and the land became known as Nubia. The Europeans would know the land as Sudan; they perceived the majesty of Egyptian civilization, and were predisposed to see what the Kushites built as an “inferior” copy of the Egyptian way. Archaeologists, historians, and other scholars are now revisiting our understanding of the Kushites and recognizing how they were unfairly diminished and marginalized as a result of the colonist, white supremacist posture of Europeans and their descendants in the recent past. We do well to recognize and honor the Kushites as Africans who represented an important part of the ancient Near Eastern world; a significant African presence in the pages of the Scriptures; and an innovative, resilient civilization which persisted and for over a millennium while watching major Near Eastern powers rise and fall. We should not be surprised to find Kushites among the people of God in the resurrection; we will all praise the Lord Jesus in His Kingdom for all eternity!