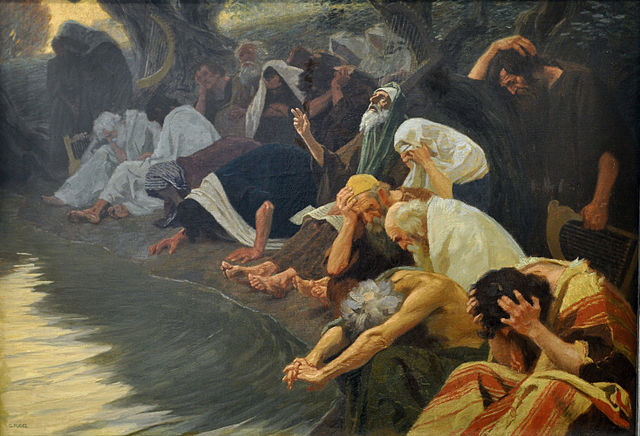 Living With the Unanswered Question

Lamentations is one of those books that is easily forgotten. In our Bibles it comes between Jeremiah and Ezekiel mostly because it was believed that Jeremiah wrote Lamentations. The book is full of distressing and painful imagery; perhaps part of the reason it is easily forgotten is that we would like, at times, to forget about those tragic aspects of life!

Lamentations is clearly written in the aftermath of the destruction of Jerusalem at the hands of the Babylonians and the exile of Judah after 586 BCE. While it remains entirely possible that Jeremiah wrote Lamentations (the timing and the context are right), there is no definitive evidence that he did so. While Lamentations is placed between the prophetic books of Jeremiah and Ezekiel, in form and style it is more akin to the Psalms; perhaps this is why, in the Hebrew Bible, Lamentations is in the same part of the Bible as the Psalms (Ketuvim, “The Writings”).

There is an irony within Lamentations that is lost in translation. Whereas the substance of the material laments the violence, humiliation, and degradation of Israel, graphically describing the tragic events of the destruction of Jerusalem, most of Lamentations is written in acrostic form: chapters 1, 2, and 4 have 22 verses with two lines each, and the first word of the first line of each verse begins with each successive letter of the Hebrew alphabet. Chapter 3 is similar, but features 66 verses, three verses of one line each for each successive letter of the Hebrew alphabet. Therefore, even though the scenes described are graphic and horrendous, they are presented in this very orderly and tight form of Hebrew poetry, the most orderly form of Hebrew poetry in existence. Lamentations was not thrown together in the wake of the events; it represents a series of very well thought-out and tightly presented laments over the fate of Judah.

But then there is the fifth chapter of Lamentations. Whereas the first four chapters are structured in an orderly form, chapter 5 has no such structure. It is not an acrostic. Lamentations 5 is still written as a psalm, and still represents poetry, but it is markedly different from what came before.

Why is chapter 5 so different? One might argue that it has been added on to the collection, but we are still required to ask why someone felt compelled to add it on when the previous psalms have been so tightly organized. Lamentations 5 is no less a part of Lamentations than the previous four chapters; perhaps the raw emotion and agony could no longer be contained in the disciplined acrostic form.

The end of Lamentations 5 is quite haunting:

Thou, O YHWH, abidest for ever / Thy throne is from generation to generation.
Wherefore dost thou forget us forever / And forsake us so long time?
Turn thou us unto thee, O YHWH, and we shall be turned / Renew our days as of old.
But thou hast utterly rejected us / Thou art very wroth against us (Lamentations 5:19-22).

We want the “happy ending”; no doubt, so did Israel. Nevertheless, that is not the ending that the author of Lamentations sees. He has seen the violence, degradation, and humiliation of his people (Lamentations 5:1-18). Everything that used to represent a prosperous people is gone. The author is most likely still in the exile; even if he is writing after the return to the land, it still feels like exile and abandonment.

We must first note the author’s abiding faith in God. Even though he has seen the destruction of everything that he knew, the author still recognizes that YHWH is God, that He abides forever, and that He still reigns (Lamentations 5:19). In the face of his circumstances this is no small confession! We do not know how many Israelites lost faith in YHWH and turned instead to Marduk and the Babylonian gods, falling for the lie that since Babylon was triumphant, her gods must be true (contra Isaiah 40:6-8, 46:1-4). How could anyone seriously advocate YHWH’s sovereignty when His people are cast down and exiled in a foreign land?

The author of Lamentations is faced with this challenge: how can YHWH be the God of Israel, truly Sovereign, and yet His people are despised and cast off? It is a challenge that has been faced by every person who has placed his confidence in God and yet has endured difficult circumstances. For many, their answer is that there is no God, because they cannot mentally reconcile their current conditions with their picture of God. Most recognize that such an answer does not really change anything and cannot be reconciled with the immanent reality that there is something beyond humanity and the physical universe. Another answer is to confess that “bad things just happen,” understanding the consequences of sin and free will (cf. Romans 5:12-18, 8:20-22). Yet we would think it impious to feel that way about blessings from God, that they “just happen”! We understand that when blessings come from God, we ought to praise Him. So why would we then believe that when adversity comes, that God is entirely uninvolved (cf. Job 1:21, 2:10)?

Another answer is the one on which the Lamentations author has settled: the hot anger of God (Lamentations 5:22). This is an answer with which we must show great care, for it seems that with every natural or artificial disaster there is always someone willing to say that it is a demonstration of God’s anger with those particular individuals. Perhaps God is angry with them; but how do we know that He is specifically angry with them, and how do we know that He is not equally as angry with us or others? How can we presume to know the mind of God toward that particular group of people without specific revelation from Him? In this case, however, the author of Lamentations can know for certain that it is God’s anger that led to these conditions, for such was the warning of the prophets to Israel and Judah (cf. 2 Kings 17:7-23, 2 Chronicles 36:15-21). YHWH was the God of Israel, holy, Sovereign, and very angry with His people because of their idolatry and sinfulness!

Notice that the Lamentations author does not consider God unjust or in the wrong for what He has done to Judah and Israel. He accepts the punishment as a result of God’s anger toward them, and he understands how God has rejected Israel because of sin. Unlike so many today, whose faith cannot seemingly handle much adversity whatsoever, he maintains his confidence in YHWH as the Ruler of the Universe while suffering His wrath. But he still wants to know for how long God will forget Israel. He still begs God to turn back to Israel and to restore her as of old (Lamentations 5:20-21).

Perhaps the author of Lamentations is aware of the message of hope and promise from the prophets during the “latter days” (cf. Isaiah 11:1-10, 65:17-25, Jeremiah 31:31-34, Joel 2:28-32, etc.). We cannot know for certain. But we can see from his writings that if he is aware of that promise, it seems very distant from him. He, and Israel, have drunk the full cup of wrath of YHWH, and while he knows that YHWH is Sovereign, and hopes that God will turn back toward Israel, all he knows is that Israel is as forgotten and forsaken and that YHWH remains exceedingly angry with Israel.

And thus the book ends. The question remains unanswered: why has God forgotten Israel, forsaking her for many days? It remains unanswered not because there is no reason that could be given, but because the pain and suffering is still acute. Whatever may happen in the future is not clearly known. All that the author knows is that Israel is still rejected, still cast off, still forgotten, and therefore YHWH must still be angry with her.

Yes, there would be brighter days ahead. People would return to Jerusalem, but it would be ruled over by outsiders. The promises of the “latter days” would find their fulfillment in Jesus and the Kingdom He established. Yet, until the day of resurrection, days of distress and anguish continue to occur. There are times in all of our lives when we must live with the unanswered question.

Why do trials and tribulations come upon me?
Why is there such suffering all around?
Why does evil still seem to prevail?
Has God forgotten about us?

It is when we are afflicted by questions like these that it is good to return to the book of Lamentations and to gain from the voice of one who experienced great distress in days of old. Perhaps “the reason” involves general distress based on the corrupted environment in which we live; perhaps “the reason” does involve the anger of God; even if we cannot know for certain whether it is or is not, we ought to at least be open to the possibility. Whatever “the reason” might be, we ought to be like Job and perceive God’s blessings and care even in the midst of difficulties and distress. We might also have to, like the author of Lamentations before us, live with the unanswered question. We may be intellectually aware of the hope and promise set before us on the day of resurrection, but we must be ready for those days when that day seems rather distant. We may be in distress; it might seem as if God has rejected us and has forgotten us; but God remains holy, Sovereign, and good. Even in the midst of the unanswered question, we can bless the name of God. In fact, it is only when we have deep and abiding confidence in God, His existence, and His power, that we can truly struggle with the unanswered questions of pain, anguish, and distress. Let us seek to have that level of faith. 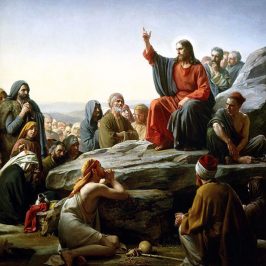 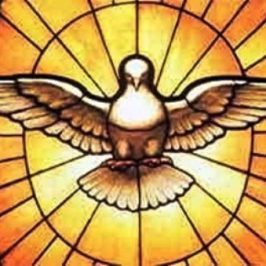