Concerns Regarding Terminology in Divorce and Remarriage Discussions

For some time Christians have been discussing and grappling with all sorts of challenges regarding divorce and remarriage. In many of these discussions extra-Biblical terms are used to describe people and situations for the sake of convenience. Paul warns Timothy about disputes regarding words in 1 Timothy 6:4 and 2 Timothy 2:14, and for good reason: people often attempt to subvert the truth of God by changing the meanings of words and attempt to seduce others away from the truth through the skillful use of words. Yet we also do well to remember what Paul will go on to say in 2 Timothy 2:15: we must handle the word of truth accurately. Sometimes inferences are drawn not from what is actually said in Scripture but on the basis of the terms used to describe situations spoken of in Scripture, and such is the concern in regards to some terminology used in divorce and remarriage discussions today.

“Guilty” and “Innocent” parties. Many times people will speak of “guilty” and “innocent” parties in discussion of Matthew 19:9: the “guilty” party is either the person who has committed porneia, sexually deviant behavior, or the one who precipitated a divorce without any sufficient justification, and the “innocent” party is either the person against whom this act was committed, and for whom Jesus grants the ability to divorce their spouse and marry another without committing adultery, or one who did not want their marriage to end but were passively divorced by the “guilty” party. While such terms are only speaking about guilt and innocence in terms of sexually deviant behavior or the act of divorcing, “guilty” and “innocent” are terms loaded with all sorts of connotations. Just because a spouse is “innocent” of sexually deviant behavior or the act of divorcing does not mean he or she is innocent of sin in the marriage. Such terms are frequently used to paint a tragic picture of an “innocent” party who has been unjustly divorced in order to appeal to the heart in direct contradiction to Jesus’ plain statement in Matthew 5:32 that whoever marries the passive put away person commits adultery. Jesus did not describe such persons as “guilty” or “innocent,” and there are many times when such terms can justify deviations away from God’s revealed truth in Christ.

“Scriptural” and “Unscriptural” divorces. When describing various divorce situations many speak of “scriptural” and “unscriptural” divorces. A “scriptural” divorce would involve a man or woman divorcing his or her spouse for their sexually deviant behavior; an “unscriptural” divorce would be a divorce for any other reason. The use of such terminology is understandable but it too can lead to misunderstanding: such provides an opening for some to declare that since so many divorces are “unscriptural,” God does not really recognize them, and use such a claim to justify what is frequently called “mental divorce.” The very way Jesus speaks of divorce in Matthew 19:9 makes it evident that God perceives that people separate what He has joined, and while He perceives it, He does not reckon it as legitimate. If such people marry others, they commit adultery, because they are not becoming one flesh with those to whom God joined them (Matthew 19:4-6). Again, Jesus does not use such terms or any related terms to describe such divorce situations, and there are times when those terms seem to give credence to false arguments.

“Divorced.” A major challenge comes from the way divorces are described in English: both persons are called “divorced,” and not much is made in our culture of who divorces whom. Therefore, in the eyes of many, as long as there is a divorce, and one person has committed sexually deviant behavior, it is assumed that the one who did not commit sexually deviant behavior can marry another without committing adultery. Yet the texts in Matthew 5:32 and Matthew 19:9 are more specific; the exception clause is spoken of in terms of the one actively divorcing their spouse, and Jesus declares a blanket indictment against all who marry one who was passively divorced: they all commit adultery! If we take Jesus’ words seriously, only those who actively divorce their spouse for sexually deviant behavior can marry another without committing adultery. On what textual basis can it be said that a person passively divorced by their spouse can marry another without committing adultery?

Discussions and disputations regarding divorce and remarriage are difficult enough; we must be careful about the way in which we speak of Jesus’ instruction in Matthew 5:31-32, 19:3-9, and in other places. There Jesus speaks of those who actively divorce their spouses and those who are passively divorced by their spouses; the rule is that all such people who would marry others commit adultery, and one exception is given for those who actively divorce their spouse for the latter’s porneia, sexually deviant behavior. Let us affirm God’s truths regarding divorce and remarriage, honoring the covenant of marriage, and exhort everyone everywhere to serve the Lord Jesus and remain faithful to the spouse of their youth! 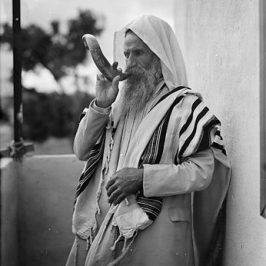