A major element of the Christian faith is the proclamation to all people that Jesus is Lord and that all should serve Him and follow Him as a disciple (Matthew 28:18-20, Acts 2:14-36). From the beginning of Christianity until now, people have been sent out to make that proclamation throughout the world; the Lord commanded as much in Matthew 28:18-20, and such people are often called “missionaries” (Latin missio, a person sent). People commonly speak of Paul’s journeys in the book of Acts as his “missionary journeys”; those who go out and proclaim the Gospel in such ways are to be held in honor and provision should be made for their necessities (3 John 1:5-8).

Toward the end of the seventeenth century and into the eighteenth century many Protestant denominations began to establish missionary societies as a means by which to centralize and streamline support for missionary efforts. Within the Restoration movement (also known as the Stone-Campbell movement), the American Christian Missionary Society was established in 1849 for similar purposes. Before and ever since the value of the missionary society, particularly its relationship to local churches, has been argued and disputed. Is there authority from the New Testament for local churches to have their efforts in supporting extra-congregational evangelism coordinated, centralized, and streamlined by means of a missionary society?

The New Testament leaves no doubt: those who preach the Gospel have the right to make a living by those efforts (1 Corinthians 9:14). As Paul preached the Gospel in Asia Minor and Europe he received support from individuals (like Phoebe in Romans 16:1-2) and from local congregations (like Philippi in 2 Corinthians 11:8-9 and Philippians 4:14-20). Paul went so far as to say that those who provided resources for him maintained fellowship with him in his work (Philippians 4:14-15)! Therefore, it is appropriate and right for missionaries to receive financial support for their efforts in proclaiming the Gospel.

Yet when we see the way in which Paul and other preachers of the Gospel were supported, we find that they received support directly from individual Christians or local churches, and not through any intermediating organization. The New Testament provides no suggestion or hint that intermediating organizations existed in the first century or should exist at all. There is no explicit authority for a missionary society in the pages of the New Testament.

Nevertheless the missionary society, by its very nature, causes great harm to the autonomy of local churches. According to the New Testament, while all churches are subject to the Lord Jesus (Ephesians 5:22-33), they are reckoned as autonomous, or self-governing, in light of each other. The elders of the church in Ephesus were responsible for shepherding the church in Ephesus, and nowhere else (Acts 20:28-30). Luke stresses that Paul appointed elders in every church in Galatia (Acts 14:23); while Paul wrote to the churches of Galatia in a single letter, and expected his letters to one local church to be read in other local churches (Colossians 4:16), he never commanded or suggested for the leadership of one local congregation to exert authority over any other local congregation. Such remains the case in the post-Biblical letter of 1 Clement: Clement and the church in Rome have a lot of advice and exhortations for the church in Corinth but do not presume or imagine themselves to have the right to exert authority over them.

It is not as if the New Testament is entirely silent about situations involving the collecting of money from multiple local congregations. Paul exhorted the churches of Galatia, Macedonia, and Achaia to collect money to provide assistance to needy Christians in Judea (Romans 15:25-27, 1 Corinthians 16:1-4, 2 Corinthians 8:1-9:15). In so doing Paul never presumed to collect all the money himself or to channel it through an intermediating organization: he expected every local congregation to send their particular gift with a representative they designated (1 Corinthians 16:3-4). The gift remained the responsibility of the local congregation until the moment it was given to its direct recipient. No doubt it would have been more convenient and streamlined for Paul or another person to be responsible for the whole collection, and yet Paul insisted on each congregation sending its own representative, either on their own or to accompany Paul (1 Corinthians 16:3-4)! 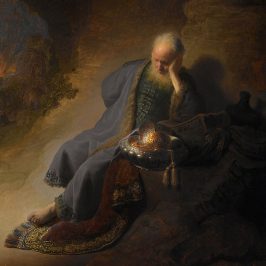