Paul’s Letter to the Philippians

God be praised! Epaphroditus had recovered. His fellow Christians in Philippi were quite worried about him; Paul understood, and so he sent him home with a letter to encourage them.

Paul’s letter to the Philippians is the eleventh book in modern editions of the New Testament. Paul and Timothy are listed as its authors, but Paul’s is the primary voice (Philippians 1:1); we have no basis upon which to ascertain whether he wrote it personally or he dictated it to an amanuensis. It is of note that Paul writes not only to “the saints” of Philippi, but also to their “bishops and deacons,” indicating a strong, mature congregation with proper organization (Philippians 1:1). Pauline authorship of Philippians is not generally in doubt even among scholars. Paul speaks of his imprisonment in Philippians 1:12-17; since he gives the greetings of the Christians among Caesar’s household in Philippians 4:22, it is most likely that Paul wrote Philippians around 60-62 CE while imprisoned in Rome (cf. Acts 28:16-31). Paul wrote Philippians to Christians in a church he helped to establish and whom he knew well to address certain immediate concerns and issues and to encourage them in their faith.

After a standard epistolary greeting (Philippians 1:1-2), Paul thanked God for the Philippian Christians and their participation in his work (Philippians 1:3-5). Paul expressed his great love for them and wished to visit again with them soon; he prayed they would be grounded in the knowledge and righteousness of Christ (Philippians 1:6-11).

Paul spoke of his condition (Philippians 1:12-26). He assured the Philippian Christians of how his imprisonment worked to advance the Gospel and many were preaching boldly; some did preach out of rivalry, attempting to cause distress to Paul, but he was glad for Christ to be preached even if insincerely (Philippians 1:13-18). Of the advancement of God’s glory in Christ through Paul’s life, sufferings, and death, if need be, Paul remained confident (Philippians 1:19-20). Paul would rather go and be with Christ but knew it was more necessary to remain to serve; he looked forward to be able to meet with the Philippians and see their progress (Philippians 1:21-26).

Paul then exhorted the Philippian Christians to continue to conduct themselves as citizens of the Kingdom of Christ, standing fast as one in the faith, not alarmed by opponents, but having manifested Jesus’ sufferings in their own life as they saw in Paul (Philippians 1:27-30). To complete his joy he exhorted them to have the same love and be of the same mind, seeking the advantage of others, and in all things having the mind of Christ, who emptied Himself, becoming a servant, and thus exalted by God to have the name above all names at which all will bow and every tongue will confess (Philippians 2:1-11). They thus should work out their salvation, knowing God is working in them for His good pleasure (Philippians 2:12-13). The Philippian Christians should act in faith without murmurings so as to be blameless children in a perverse age, holding firm to the faith, so that if Paul is offered up as a sacrifice of their faith, he may rejoice (Philippians 2:14-18).

Paul expressed a desire to send Timothy to the Philippians; he commended Timothy as his only truly fully loyal companion; he also hoped to go himself (Philippians 2:19-24). Paul did feel it necessary to send Epaphroditus back to Philippi; they were worried about him because of his illness, and he was quite ill, almost to death, but God spared him; the Philippians should receive him well (Philippians 2:25-30).

Having encouraged them to rejoice in the Lord, Paul then warned the Philippian Christians regarding those of the circumcision according to the flesh: Christians are the true circumcision, but if anyone had reason to boast according to the flesh, it was Paul, who enumerated his Jewish credentials (Philippians 3:1-6). And yet Paul considered all this, and in fact all things, rubbish, and proved willing to suffer the loss of all of them in light of, and so as to obtain, the knowledge of Christ and His resurrection (Philippians 3:7-11). He emphasized how he had not yet obtained the resurrection, but pressed on in order to do so, and encouraged the Philippians to follow that example (Philippians 3:12-16). Paul also encouraged them to follow his example in contrast to those who live as enemies of Christ whose god is their belly and their end is their shame (Philippians 3:17-19). But Christians have a citizenship in heaven from whom they await a Savior to raise them from the dead to obtain the glory He obtained; the Philippians do well to stand firm in this hope (Philippians 3:20-4:1).

Paul then provided exhortation to specific persons, encouraging “Euodia” and “Syntyche” to be of the same mind, and for “Syzygus” to help them and Clement and other Christians who have labored with him in the Gospel (Philippians 4:2-3). He then provides various exhortations: rejoice always, do not be anxious but make all requests be known with thanksgiving to God, God’s peace in Christ will then guard them, think on all things good and honorable, and do what they heard from and saw in Paul (Philippians 4:4-9). Paul thanked the Philippian Christians for their recent gift which supplied his needs; he had learned how to live in any condition, for he could do all things in Christ who strengthened him, but the gift was good, he was glad it was given for their account, and he prayed for God to supply their needs (Philippians 4:10-20). Paul concluded the letter with greetings from the saints with him, especially the household of Caesar, and the standard epistolary conclusion (Philippians 4:21-23).

The letter to the Philippians manifests a deep relationship and connection between Paul and the Philippian Christians; he had established the church there and visited them many times (Acts 16:11-40, 20:1). The Philippians, as part of a Roman colony, valued citizenship, and so Paul encouraged the Christians there to recognize the superiority of their heavenly citizenship and to live as worthy citizens of Christ’s Kingdom. The Philippians seem to be mature Christians, and yet even they maintained some disputes which needed correction and still could benefit from encouragement and exhortation. We do well to learn from Paul’s instruction to the Philippians, and may we live as Kingdom citizens, maintaining love and striving for unity in the faith, to God’s praise and glory in Christ! 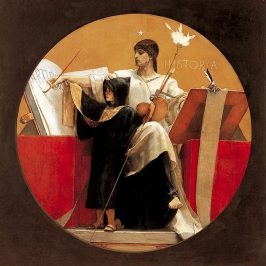 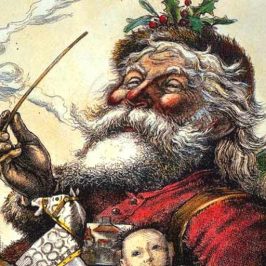 A Danger of Christmas: Feeding Materialism Jesus has never been “the reason for the season.”...