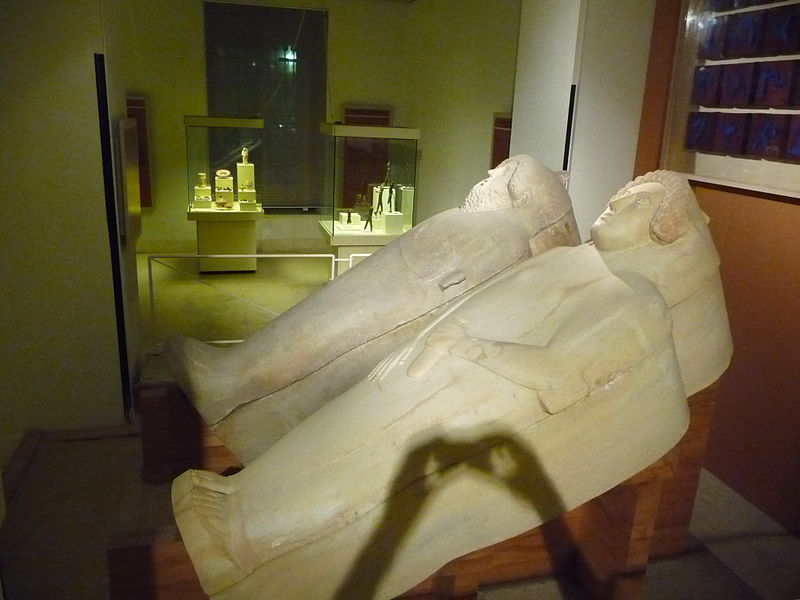 Ethnically they were a Canaanite people; they spoke a Canaanite language; they worshiped and served the Canaanite pantheon of gods. Jezebel, architect of Israel’s service to Baal, was among their number. Based on what was written in Deuteronomy, one might imagine Israel was to devote such a people to destruction. And yet throughout the period of the kings Israel and Judah maintained at least cordial relations, if not outright alliances, with the cities of Phoenicia. How was this possible? What made the Phoenicians different?

The ancient land of Phoenicia lay on the narrow coastal strip of land from the Mediterranean Sea to the west and the Anti-Lebanon Mountains to the east, and from Arwad in the north to Acre in the south, primarily in today’s Lebanon. The Greeks called the people of the land Phoiníkē; it may come from the Phoenicians’ own term for themselves (ponnim; the land they called put), or from the purple dye which the Phoenicians manufactured from the murex shell for which they were famous throughout the Mediterranean world. The Greeks, as well as many Lebanese to this day, believed the Phoenicians originally came from the civilization of Dilmun in modern-day Bahrain; modern genetic analysis, however, confirms that the Phoenicians were a Canaanite people with extremely ancient origins in the land.

From beginning to end the Phoenicians represented a collection of city-states who relied heavily on trade and industry: Tyre, Sidon, Byblos, Beirut, Baalbek, and many others. Phoenicia is very much like much of Greece: mountainous with a rugged coastline punctuated by a few small natural ports. They did not have much land suitable for farming; the closest such land to their southeast was first controlled by other Canaanite city-states, and later by the kingdoms of Israel and Judah. Their survival was thus dependent on their ability to trade and manufacture goods.

Both Egypt and the Mesopotamian civilizations maintained significant interest in Phoenicia on account of the cedars of Lebanon since their lands did not feature many such trees; the cedars of Lebanon were highly prized in Scripture and used in building Solomon’s palace and Temple (1 Kings 5:1-18, 7:1-13, Psalm 104:16, Song of Solomon 5:15, Ezekiel 31:3, Hosea 14:5, etc.). Phoenician contacts likely strongly influenced Minoan and thus Mycenaean Greek civilizations; Phoenicia, especially Tyre, Sidon, and above all Byblos, was incorporated into the Egyptian Empire from the days of Thutmose III until its decline under the Ramessids of the twelfth century BCE.

Few people benefitted as much from the collapse of the large empires and civilizations of the Late Bronze Age as did the Phoenicians. Mycenaean Greek and Egyptian power diminished; beginning around 1230 the Phoenicians experienced a kind of resurgence and renewal and began to take over the primary sea routes in the eastern Mediterranean. Within a few centuries they would expand their seafaring and trade connections throughout the entire Mediterranean basin, a near monopolistic position they would maintain for most of the first millennium BCE. Ezekiel testified to the extent of their trading network at the height of their influence in Ezekiel 27:5-25: from modern day Spain and Morocco in the west to Turkey, Mesopotamia, and the Arabian tribes in the east. They established colonies to facilitate trade throughout the Mediterranean from Cyprus to Marseilles and “Tarshish,” or Spain; the most famous and prominent such colony the Tyrians called “Kart-hadash,” or Carthage, in modern-day Tunisia; likely founded in the ninth century BCE, Carthage would eventually rule over an economic empire dominating the western Mediterranean basin until defeated thrice by the Romans in the third and second centuries BCE. Punic, the Canaanite based language of the Carthaginians, was still spoken there in the days of Augustine of Hippo in the fifth century CE.

Hiram I of Tyre was an ally of David and Solomon, sent Lebanese cedar and workmen to Solomon so he could build the Temple and his palace, and also assisted Solomon’s ships in their journey to Ophir (ca. 950-935 BCE; 2 Samuel 5:10, 1 Kings 5:1-18, 9:27-29); he expanded Tyrian power and for a moment set up the closest thing Phoenicia ever saw to a unified state. Jezebel, scourge of Israel, was daughter of Ethbaal king of the Sidonians; Elijah’s condemnation of her did not extend to the house of her father (1 Kings 16:31). The prophets of Israel prophesied distress and doom for the Phoenicians as they did most of the other nations around Israel, particularly for their wealth and presumption (Isaiah 23:1-18, Ezekiel 26:1-28:26, Joel 3:4, Amos 1:9-10, Zechariah 9:2-3).

The Phoenicians found it increasingly difficult to maintain political autonomy as the Assyrians, Babylonians, and Persians developed their empires. Tiglath-pileser III annexed half of Phoenicia as part of the Neo-Assyrian Empire; Sargon II and Esarhaddon would violently suppress later rebellions, with the latter destroying Sidon in the process (ca. 744-650). Nebuchadnezzar king of Babylon famously besieged Tyre for thirteen years, yet unsuccessfully (587-575; cf. Ezekiel 26:1-28:19, 29:17-21). After the Babylonians exiled the Judahites and Philistines, the Phoenicians likely colonized the Levantine coast down to Gaza. The Phoenicians decided to accommodate themselves to Persian rule and were richly rewarded for doing so; they maintained considerable autonomy and maintained their maritime hegemony. The navy with which Xerxes attacked the Greeks came from the Phoenicians and the Egyptians. The king of Sidon rebelled against Artaxerxes III and Sidon was destroyed, leaving Tyre as the primary Phoenician city until it was besieged successfully by Alexander the Great after a seven month siege and most of its inhabitants having fled to Carthage. The Greeks thought highly of the Phoenicians and the Seleucids continued to allow the Phoenicians to maintain some autonomy and their maritime connections with their western colonies. Phoenicia would eventually come under the sway of the Romans and was incorporated as part of the province of Syria; Jesus visited Tyre and Sidon and there healed the daughter of the Syro-phoenician woman, and also used Tyre and Sidon as representatives of pagans who would have repented had they heard what had been proclaimed in the cities of Galilee (Matthew 11:21-22, 15:21-28). The Romans both devastated the Phoenician colony of Carthage and its empire as well as the political autonomy of Phoenicia itself, and the Phoenicians assimilated into the greater Roman milieu.

The Phoenicians proved adept at sailing; they are responsible for the development of the keel, the bireme, and the trireme, the last of which would become the standard vessel in the Mediterranean for the rest of antiquity. They also developed the amphora, which remained the standard measure and means of transporting liquid goods for two thousand years, as well as self-cleaning ports and the beginnings of admiralty law. The Phoenicians kept the Mediterranean and Near Eastern world together: the portrayal of Ezekiel 27:5-25 testifies to their influence, and they are credited with adapting the Proto-Sinaitic/Canaanite glyphs into what would be called the Phoenician alphabet, the basis upon which the Greeks and Romans would develop their alphabetic signs which we use to this day. They also would have transmitted religious ideology, cultural artifacts and concepts, and other such things. The Greeks and Romans would build upon the existing trade network of the Phoenicians. Yet the Phoenicians also proved adept in industry: they developed or built upon existing techniques for glass-making, metalwork, and woodwork, and manufactured the purple dye which indicated high standing and royalty throughout antiquity. The Phoenicians were also likely the reason wine and viticulture spread throughout the Mediterranean world.

Thus the Phoenicians might have been Canaanite in origin, ethnicity, language, and religion, but by necessity developed a culture and industry quite distinct from their inland relatives. Manufactured and traded goods from the Phoenicians proved very important for the Israelites and Judahites. Many aspects of what would become Western civilization developed on the basis of Phoenician goods and ideas. Yet judgment came for the Phoenicians as it did for all nations. We do well to learn from them and not trust in our ability to trade and prosper economically, but to trust in God in Christ in all things!

Works of the Flesh: Uncleanness Paul had great concerns regarding the Galatian Christians departing from...

The Work of the Local Church: Intra-Congregational Benevolence From the pages of the New Testament...