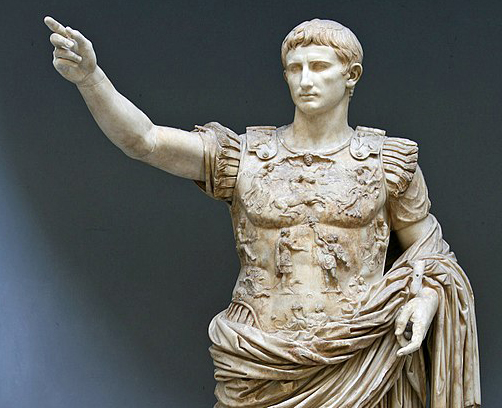 The world is all about power.

Power very much drives modern society. We often talk about power in terms of electrical and/or mechanical energy: electric power, horsepower, and the like. Our entire society is built and utterly dependent on such power to function! And so it is also with the power found in and among humans: our ability to influence the thoughts, feelings, and actions of others, and how our thoughts, feelings, and actions are influenced by others.

When we think of power in human terms, we naturally gravitate toward governments and their representatives, and for good reason. Governments exist and maintain control on account of their ability to project power. A government might try to use encouragement, praise, and exhortation so that its citizens, or fellow governments, might comply with requests. Nevertheless, governments have power on account of their ability to exercise coercive force through violence and/or imprisonment: if people do not listen to the dictates of the government, the government might use its police or military forces to imprison, injure, or kill them; if another government refuses to respect them, a government might declare war against it and use violence to accomplish its desires and purposes. All such power exercised with the threat of force and violence is known as “hard” power, and it has a God-given purpose: governments are entrusted with such authority by God and should exercise it to reward the good and punish the evil (Romans 13:1-7).

Yet power goes well beyond electrical and mechanical energy and the “hard” power of governments. The “soft” power of influence generally proves far more important to our lives. Most of the beliefs we maintain, feelings we feel, and actions we take have been significantly shaped by the various influences manifest in “soft” power. We would like to think that we are all unique individuals and have come to the conclusions we believe and compose and conduct ourselves in the ways we do based upon the exercise of conscious choice based on objective deliberations. And yet those who truly would do so are quickly deemed as “weird.” Deep down, none of us want to be that “weird.” In truth, we all are very much shaped by influences all around us which we have internalized throughout our lives. Our parents and our families began thus shaping us according not only to what was said but particularly what was accepted and done. As we got older we would dress and compose ourselves to fit into the friend group in which we associated. Throughout this whole time culture and society also shaped and molded us through the emphases manifest in our education, the media we consumed, and the products which were heavily marketed to us. If we grew up in a Christian environment, hopefully we were profoundly shaped by that influence so that we might grow up to become conformed to the image of Jesus (Romans 8:29). As we reached early adulthood, we likely went through a period of rebelling against certain ideas, feelings, and behaviors with which we had been acculturated, and might well have changed many of our views. As adults we recognize, however, how powerfully shaped we were by these past influences, and they will always inform how we think, feel, and act, for better and for worse.

Such forms of influence do not exist only for children. We are continually influenced by the perspectives and behaviors of those around us: the people with whom we interact, the customs of the place in which we live, the continual bombardment of information and ideology propagated through various forms of media, the relentless marketing and selling of products in our consumerist capitalist society, etc. Likewise, we in turn influence others through what we express toward them.

We do not normally think of such engagement and interaction in terms of power; in the modern world, it seems that only the Marxists want to talk about power and class and ideological struggle. But we need not be Marxist to come to see the role power plays in every aspect of our lives: in ourselves and the thoughts, feelings, and decisions we manifest; in our families and the family dynamic; among our friends; in our churches; in our local communities; in the country and the world; and even in the spiritual realm. The only people who have the luxury to not think about power are those who have power and privilege, who receive respect, deference, and honor by what seems to them like “default,” so as to be “normal,” and yet would never allow themselves to be treated in the way that they treat others.

Whenever people engage and interact with one another, power dynamics will be at work in some way or another. People engage with one another based upon whether they believe they are among those who are “superior” in age, status, or influence; peers in age, status, or influence; or “inferior” in age, status, or influence. In our modern pluralist democracy many might want to presume a more “egalitarian” society of equals, but humans are not egalitarian by nature. Humans are constantly ranking each other based on all kinds of standards. By virtue of birth, education, charisma, etc., some people maintain greater influence than others. Any organization involving human beings will have “politics” to navigate: who should be consulted about what, who are the people who get things done, who really has the power or influence in an organization, whose support you have to secure in order to succeed, etc. Sometimes these politics have written out rules; most of the time they are unwritten. But you will come to know them when you try to go around them or do things differently!

The Apostle Paul understood this world as remaining in the hands of the Evil One and the powers and principalities over this present darkness (cf. Ephesians 2:1-4, 6:12); John vividly envisioned the same in terms of the dragon and the beast in Revelation 12:1-13:18. Christians therefore should expect that power in the world is used to enhance the quality of life for those who have the power without any necessary regard to the quality of life of those who do not enjoy that power. Christians should expect power to thus be abused for selfish and personal gain to the deprivation, or even active harm, of others. We should not be surprised that power in the world is abused, and that many lust for power not to truly do good but to be able to finally receive its benefits and to harm others. Not a few have naively imagined they could become a force for good but ultimately get caught up in the power dynamics and structure of the world and either passively allow or actively participate in the advancement of evil.

Jesus also understood the nature of power dynamics in the world; He saw it becoming manifest among His own disciples who were jockeying for positions of power. He reminded them how the Gentiles exercised political and economic power over them and others, and made His will quite clear: it should not be so among His people (Matthew 20:25-26).

Jesus then gave a paradox for Christians when it came to power: those who would seek to be great or first in the Kingdom of God should serve and be a slave to others (Matthew 20:26-27). Those who are servants and slaves, by definition, have no power; there is no room for “advancement” for them in those conditions. Such is how Jesus warned His disciples, and therefore all who would profess faith in Him, to reject the entire construct of power in the world.

He instead offered up Himself as the alternative model: He came not to be served but to serve and to give His life as a ransom for many (Matthew 20:28). Jesus’ alternative model does not deny the existence of power, nor does it intrinsically mean a divestment of power: throughout His life Jesus remained the Messiah, the King of the Jews, and at no point ceased to be God the Son. The alternative model involves how power ought to be leveraged: He used His authority and power to serve others. He healed the sick, cast out demons, and taught the truth about His Father. He, the Lord and Master, would wash the feet of His disciples, the most humiliating form of service, and encouraged them to do the same (John 13:1-15).

All people, including all of God’s people, have power to some degree or another. We will all be held accountable for how we leveraged the power we were given (cf. Romans 14:10-12). Did we seek to influence people to become more like Christ through how we thought, felt, spoke, and acted like Jesus? Did we use the power we were given to advocate for those who had less power, to seek their best interests, or did we use the power we were given to try to maintain our power and privilege and that of those like us against other people? Are we exposing the base and evil ways power is leveraged in the world by loving, serving, and emptying ourselves for others, or have we been caught up in fear and tribalism so as to express such base and evil uses of power unwittingly? May we leverage the power and influence we have been given in ways that glorify and manifest God in Christ, and obtain the resurrection of life in Him!

The Disadvantaged For many people today the Law of Moses seems primitive, barbaric, or arcane....

Powers and Principalities In 2 Kings 6:8-17 the prophet Elisha was visited by the entire...

Can You Be Forgiven? There are many times when people recognize the truth of the...

The Wealthy and the Stillborn Here is another misfortune that I have seen on earth,...