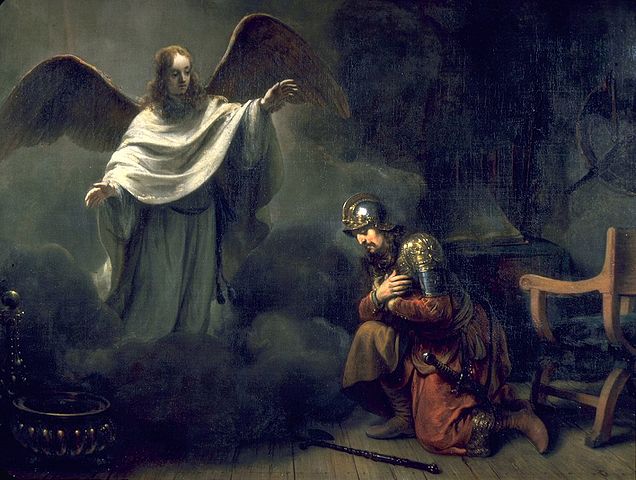 Preaching in Acts: Peter Before Cornelius

It was something everyone in the first century took for granted: the Israelites were the chosen people of their God. If one wanted to follow their God, one would have to become an Israelite. When some began proclaiming that God had fulfilled all of His promises to His people through Jesus of Nazareth, the message was proclaimed among Israelites alone. And then a Roman centurion saw an angel; Simon Peter received a vision from Jesus. Momentous acts took place which meant that nothing would ever be the same again. God was truly doing something new in Jesus; the world would never be the same.

At some point within the first decade after Jesus’ resurrection and ascension, an angel visited Cornelius, an Italian God-fearing centurion residing in Caesarea: his prayers had been heard by God, and he was to call for Simon Peter in Joppa to hear all the Lord had commanded (Acts 10:1-8, 30-33). As Cornelius’ emissaries traveled, Simon Peter prayed his noontime prayer and entered a trance: he saw a sheet of ritually unclean animals descend from heaven, and heard the voice of the Lord telling him to kill and eat. Peter replied that he had never eaten anything unclean; the Lord Jesus told him he should not call common (or unclean) that which God had cleansed. This happened three times, and almost immediately afterward, the emissaries from Cornelius arrived where Simon Peter was staying (Acts 10:9-18). The Spirit prompted Peter to go with them, and he did; Peter was recognizing that God’s concern was less about the cleansing of food and more about the cleansing of people (Acts 10:19-23). Peter and a delegation of Jewish Christians from Joppa came to Cornelius and found him and many of his family members and friends (Acts 10:24-27). Peter established how this meeting and association went against the custom of the Jewish people; Cornelius recounted how had seen the angel and had called Peter to hear what the Lord had commanded him, and wished to hear what Peter had to say (Acts 10:28-33).

Peter began preaching by setting forth what he had learned by these recent revelations from Jesus: God does not respect persons, but those in any nation who fear Him and work righteousness may be found acceptable to Him (Acts 10:34-35). Peter then declared the word God sent to the children of Israel, considered tidings of peace by Jesus the Christ, the Lord of all: Cornelius et al had heard what had been made known throughout Judea regarding what God had accomplished through Jesus of Nazareth, how after John’s baptism Jesus was anointed with the Holy Spirit and power and went about doing good, healing those oppressed of the devil (Acts 10:36-38). Peter affirmed his witness of what Jesus did among the Jewish people and in Jerusalem, that He hung upon a tree, and that God raised Him from the dead on the third day (Acts 10:39-40). In His resurrection Jesus did not appear to everyone, but to His chosen witnesses, the Apostles, with whom He ate and drank after His resurrection (Acts 10:41). In the resurrection Jesus charged the Apostles to preach to the people how He was appointed by God to judge the living and the dead; the prophets bore witness how through His name all who believe would receive remission of sins (Acts 10:42-43).

While Peter was speaking these final things the Holy Spirit fell upon Cornelius and all of his associates (Acts 10:44-46). Peter recognized what this meant: God was certifying that these Gentiles were to be accepted into the faith as Gentiles, and ought to receive baptism in water, since they had received the Holy Spirit just as the Apostles had on the day of Pentecost (Acts 10:47-48).

Peter’s proclamation to Cornelius and his associates reflects the “hybrid” nature of his audience: as a God-fearer, Cornelius would have some familiarity with the Hebrew Bible and Jewish customs, yet he remains a Gentile, and one representing the pagan oppressive power from the heart of the pagan oppressive power at that. Peter could take for granted that Cornelius has already heard about Jesus of Nazareth and what God accomplished through Him. Peter expected Cornelius to already grasp the expectation of the Messiah as the Anointed One, spoke of crucifixion as “hanging from a tree,” in terms of Deuteronomy 21:22-23, and identified the forgiveness of sins in Jesus as the fulfillment of what the prophets spoke, affirming the prophets as a witness of Jesus alongside the Apostles. And yet Peter felt compelled to explain in greater detail the nature of Jesus’ resurrection: how it could be that only some saw Him, and not everyone; the demonstration of His physicality in eating and drinking after the resurrection; the charge Peter had to proclaim this message as given by Jesus in the resurrection; and the imminent judgment, a theme which would be proclaimed to Gentiles frequently (cf. Acts 17:30-31).

Peter would never be the same after his interaction with Cornelius: he now understood how God worked to save not only physical Israel, but all the nations, in Jesus, and would constantly refer back to these events to justify the inclusion of Gentiles who had come to faith in Christ (Acts 11:1-18, 15:7-11). The proclamation of the Gospel to the Gentiles changed everything for early Christianity: the Gospel was more acceptable to many Gentiles than to Israelites, and much of the New Testament is written to explain how God was in the right to welcome in Gentiles into the fold, and how it had always been His purpose to do so (e.g. Romans 1:16-11:36, Galatians 1:6-5:16, Ephesians 2:1-3:12). The world would never be the same: the message of Jesus the Christ would not be restricted to a small group of people, but could be spread to anyone of any nation, and so it has for almost two thousand years. Christians today find salvation when they believe in Jesus, confess His name, repent of their sins, and are immersed in water in Jesus’ name just as Jewish Christians and Cornelius were saved so long ago.

In Peter and Cornelius we see the hand of God at work, but also the importance God places upon His followers proclaiming the Gospel to others. It would have been far more efficient for the angel to have proclaimed the Gospel to Cornelius and his associates, but it was not God’s purpose for him to do so. The Father, the Son, and the Holy Spirit all worked diligently to arrange for the meeting of Peter and Cornelius, and demonstrated God’s purposes in Christ when the Spirit was poured out on Cornelius and his associates. In this way the Jewish Christians would be hard pressed to deny that God had accepted the Gentiles as Gentiles; yet in this way we also see how faith comes by hearing the Word of Christ, and such hearing requires one to go and preach (Romans 10:12-17). The Apostles have passed on and do not go about preaching the Word; all in Christ are now charged to go and bear witness to the Apostles’ witness to every creature (Matthew 28:18-20, Mark 16:15). May we give thanks for God’s merciful provision of access to the promise of faith in Christ, follow Jesus as Lord, and proclaim His salvation to all! 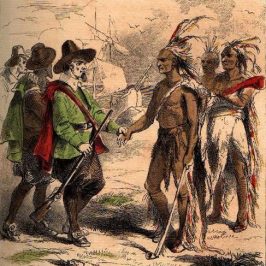