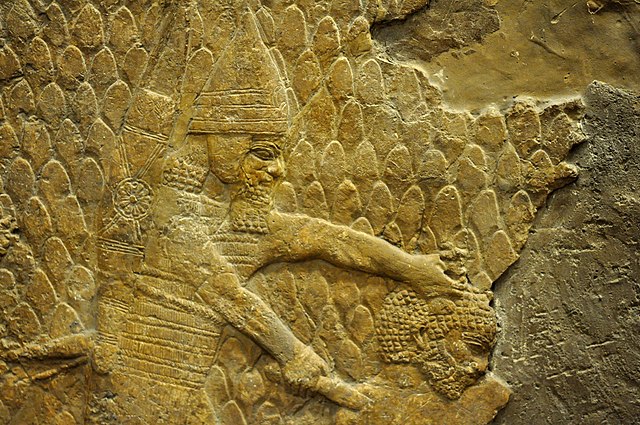 Prepare to Meet Your God, Israel!

Amos was given an uncomfortable word to prophesy to the northern Kingdom of Israel: the nations would come under judgment, yet so too would Israel and Judah; YHWH was making known through His prophets what He would do to Israel, it would be a spectacle before many neighboring nations, and barely a remnant would remain (Amos 1:1-3:15). Amos would continue with three further prophetic indictments of Israel (Amos 4:1-13).

Amos chastised the women of Samaria of means as “cows of Bashan”: Bashan was well-known for its productive pasturage, and so the reference speaks to the wealth and prosperity, and perhaps a swipe at the voluptuousness, of the wives of prominent Samarians (Amos 4:1; cf. Deuteronomy 32:14, Psalm 22:12, Ezekiel 39:18). We can be assured that the women would not have been amused by the comparison. Amos’ portrayal of the women of Samaria did not make them look attractive: he indicted them for the oppression and crushing of the poor and needy since they made constant demands for resources from their husbands (Amos 4:1). On account of this YHWH has sworn on His holiness that all of them would be carried out of Samaria by hooks: they would become slaves and carried away into exile (Amos 4:2-3). Amos may not have ingratiated himself with the women of Samaria by having said such things; yet we should not imagine that the Samarian women were themselves actively oppressing the poor. Their husbands, the lords, were the ones doing the oppressing, but it was their lifestyle which was enriched in the process. Thus the women of Samaria would be held accountable for how their husbands had obtained the wealth which they used for their benefit. The Israelites could not take hold of the dishonest gain of others and imagine they would escape condemnation!

Amos then turned his sights onto the Israelite temples at Bethel and “Gilgal” (perhaps a reference to Dan, or perhaps still a place of sacrifice; Joshua 4:19-20, 1 Samuel 10:8, 14-15), and sarcastically or mockingly invited people to come there and transgress through the regular offerings and sacrifices which they loved to offer there (Amos 4:4-5). Amos would later speak condemnation on these places (Amos 5:5); he was likely offering an implicit challenge to the legitimacy of Israelite service in these places since they had not been authorized by God to do so (cf. 1 Kings 12:25-13:10). Yet he also critiqued Israel’s hypocrisy: it was not as if Israel denied YHWH’s existence, or did not participate in religious rituals, or anything of that sort. Israel remained firmly committed to offering sacrifices and following the particulars of religious services, but did not practice the commandments of the Law among one another. They loved sacrificing animals far more than sacrificing for the needs of others; they loved giving their tithes at the appropriate time far more than giving relief to the needy and oppressed among them. We are to imagine that the “cows of Bashan” and their husbands, among others, would come and offer sacrifice and give tithes and presume all was well between them and God. Such was not the case. Unauthorized religious practices, or even legitimate religious practices done in unauthorized ways, would not justify Israel, nor could religious fastidiousness absolve Israelites from their obligations toward their fellow man.

Amos proceeded to set forth all the “warning signs” YHWH had sent to Israel. YHWH had brought them “cleanness of teeth” in their cities: the goal was not a great dental hygiene program, but a way of expressing famine and a lack of food (Amos 4:6). YHWH kept the rains from them, or brought only intermittent, inconsistent rain, leading to drought and famine (Amos 4:7-8). YHWH sent pestilence on the land, ruining crops with blight and mildew and trees with locusts and worms (Amos 4:9). YHWH cast upon Israel plagues of Egypt and defeat from their enemies, the loss of cities as with Sodom and Gomorrah (Amos 4:10-11). Despite all these warnings, Israel did not return to YHWH. Therefore, all that was left was a ringing cry and warning: prepare to meet your God, O Israel (Amos 4:12)! As we can tell from the context, YHWH was not coming for some coffee or a nice chat; Amos was again warning Israel of imminent apocalyptic-level judgment which would come at the hands of Assyria and lead to the elimination of the northern Kingdom of Israel as a going concern, the exile of its people, and the effectual end of ten of the tribes of Israel. All this was certain because it was declared by YHWH, He who created the mountains, the wind, the morning dawn, and who makes people know what they think and who treads upon the earth (Amos 4:13).

Amos provided powerful testimony regarding God’s interactions with Israel in ways Israel may not have necessarily perceived. The difficulties Israel experienced were in alignment with the curses for disobedience in Leviticus 26:14-46; God sent them not as arbitrary punishments but as warnings to encourage return and restoration. Yet Israel did not hear; God was left without any other remedy. It was not as if Israel could say that God had given them no warning, inkling, or indication of what was to come in 732 and 722; far from it. Nor was the imminent doom of Israel something God wanted or desired; instead, God had warned the people through the prophets and the calamities they experienced. They did not hear; therefore, they would meet their God, and they would regret it terribly.

All of what Amos said seemed laughable or remote to the Israelites in the days of of Jeroboam (II) king of Israel; after all, the calamities were in the past, and they were enjoying a great moment of power and prosperity. Forty years later, what Amos had warned had come to pass. Israel had met its God, and it did not go well for Israel.

Christians do well to learn from the example of Israel lest they fall by the same pattern of disobedience (1 Corinthians 10:1-12). We should not be enriched at the expense of the poor or the needy; having others do the dirty work for us will not absolve us of blame or responsibility (James 5:1-6). All acts of our religious service in life, whether in the assembly or in our personal lives, are good things, but they must be done according to the ways and will of the Lord, and are no substitute for embodying the love, compassion, and benevolence of the Lord Jesus (Colossians 3:17, James 1:22-27). God seeks to discipline us for our own good, but we must accept the chastisement lest we are found deficient when the Lord Jesus returns (1 Corinthians 9:24-27, Hebrews 12:4-11). One day we will meet our God; it is up to us whether it will be a glorious day of meeting our Beloved, or whether it will be a terrifying experience of the wrath of God (2 Thessalonians 1:6-10). May we serve God in Christ, obtain the resurrection of life, and avoid condemnation! 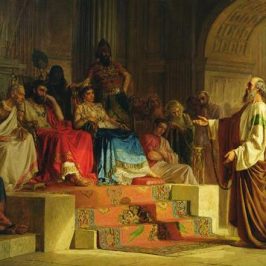 Jesus’ Declaration Regarding Marriage and Divorce When one is studying or considering God’s commandments regarding...