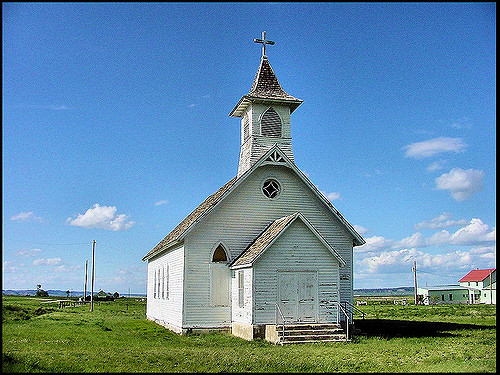 Jesus of Nazareth is the way, the truth, and the life, the only way to the Father, and the anchor of the hope of the resurrection of life, according to those who saw Him in the flesh (John 14:6-9, 11:25). Ever since His resurrection and ascension God has called all men to put their trust in Jesus as Lord if they would obtain eternal life (Acts 16:33, 1 Timothy 2:4).

People today may seek to find the way of truth in Christ, but where? Hundreds of organizations and untold thousands of churches are spread around the world, and all teach and practice in different and contradictory ways. Most such groups will agree that the Bible is the Word of God, and the New Testament is authoritative for Christian faith and practice; nevertheless, many interpretations and conclusions have been drawn from the Scriptures, and some presume to maintain authority figures beyond what God has made known in the Bible. Is all of this what God really had in mind for the body of His Son Jesus Christ?

God would have those who follow Jesus become one with Him and one another as God is One in Himself (John 17:20-23). Most who profess Jesus recognize the importance of unity, yet most seem satisfied with the pretense of unity without any of its substance. Many would suggest that as long as we agree that Jesus is Lord, we are sufficiently united, and other doctrinal or practical matters are of lesser importance. Yet where has this been said by God anywhere?

The Apostle Paul spoke of the existence of one God, one faith, one Lord, one baptism, and one body, the church (Ephesians 4:4-6). At no point did Jesus, Paul, or anyone else in the New Testament suggest that the one body of Christ could be denominated; in fact, Paul condemned the denominational party factionalism in Corinth, dividing into groups based on Apollos, Cephas, Paul, and Christ (1 Corinthians 1:10-4:13). The body of Christ is substantively one; its members are one with God and one another as God is one in Himself (John 17:20-23).

How, then, can Christians find unity? We contend that Christians in the twenty-first century will find the ground of unity to be the same as the ground of unity which existed in the first century: in the faith which is in Jesus as Christ, made known by the Apostles and their associates in the Scriptures (Jude 1:3). Jesus of Nazareth, after all, lived, died, was raised from the dead, and ascended to the Father only once (Hebrews 9:24-26); the Apostles and fellow eyewitnesses saw these things, and no one else since has been able to (1 John 1:1-4). Thus, what could be meaningfully added to the witness of what God accomplished in Jesus beyond what the Apostles and their associates already have made known? In this way Jude can speak of “the faith” as having been “once for all delivered unto the saints” (Jude 1:3): Jesus has not changed, His authority has not been compromised, and what has been made known about Him and His Kingdom is sufficient for all Christians for all time (Ephesians 3:10-11, 2 Timothy 3:14-17, Hebrews 13:8).

For this reason, therefore, we make the plea to restore the ancient faith proclaimed by the Apostles and their associates. The need for restoration should not surprise us. The people of God throughout time have manifested a terrible tendency to conform to the nations around them and not according to the purposes of God. Israel in the flesh followed the idolatry and innovations of the nations, and despite the prophetic plea to return to the ways of the Torah, most persisted in their rebellion and were condemned (cf. Jeremiah 6:16). Paul warned about the pervasive influence of those who would teach falsely, and events would prove him sadly accurate (1 Timothy 4:1). The Gospel of Christ would be continually watered down by conformity to the ways of the nations until the churches of “Christendom” would become agents of the state. Traditions would accrue which were not grounded in the apostolic faith but in the innovations of men, however well intended or sincere they might have been. Throughout the past 1700 years many have seen the need to move away from the innovations of men and return to the apostolic faith, critiquing the depravity of compromised churches and summoning people back to the faith as manifest in the New Testament. Many reforms were made; unfortunately, many innovations and traditions persevered.

Shall we therefore find the faith which God has established in Jesus through the organizations and institutions formed and shaped in these cauldrons of compromise? Shall we seek communion with the Bishop of Rome? We have seen the corruption of his rule and organization, and the depredations of the church in the medieval era; such did not glorify Jesus. Shall we find it in the maze of denominations which have arisen since the sixteenth century? They have simply brought more division, not unity. Should we just try to act as if God has “baptized” the tempestuous history of the past 1700 years and act as if any church is as good as another as long as they confess Jesus as Lord? Israel’s history was never thus justified or commended, and so why would we expect God to be honored by persistent contentiousness, factionalism, sectarianism, and division? No! The ground of unity for Christians is in the Spirit of God, not in any earthly organization (Ephesians 2:17-22, 4:3). And how can we find unity in the Spirit of God if that unity has nothing at all to do with what He has made known about the faith in Christ Jesus (John 14:26)?

God is faithful; He has always preserved a remnant of His people. In the darkest days of Israelite idolatry, a remnant was found faithful (1 Kings 19:18). After devastation and exile, a remnant of Israel returned (Isaiah 37:32). Likewise, we maintain the conviction that a faithful remnant has always persevered in Christ, seeking to practice the primitive faith laid down by the Apostles and their associates. Their voices are faint, drowned out by their often victorious persecutors; their testimony can still be heard, and they lived and died to glorify God according to His purposes in Jesus. They sought to be one with God and with one another as God is One within Himself (John 17:20-23).

We can also be part of that faithful remnant, those who seek to serve God as revealed in Jesus according to what the Apostles and their associates have said about Him and His Kingdom in the Scriptures. We can seek to faithfully serve the Lord Jesus as part of His church, the temple of the Holy Spirit, according to what the Spirit has made known about the Lord (cf. Ephesians 2:11-22). We can continually strive to restore the truth of God in Christ in Scripture, clearing away the innovations and traditions of men which hinder the apostolic faith, individually and collectively seeking to conform ever more closely to Jesus the Lord (Romans 8:29). May we take up the restoration plea, seek the Lord Jesus as He has made Himself known in Scripture, and through Him obtain the resurrection of life!