This statement is paradoxical yet proves true in our lives. As one day, month, or year ends, another begins. A fire consumes a forest, and new growth is given an opportunity to rise. One creature is killed and eaten so that another creature might live. And so it is with Christianity and its teachings regarding the resurrection.

Yet every “new” day, month, or year will also pass away. “New” plant growth goes old and dies as well. Creatures who eat other creatures might be eaten in turn but will certainly meet their end in some way or another. All of the people above who were resurrected died again as well.

Yet God, in the New Testament, makes a promise regarding a better resurrection, one that does not end in yet another death. This resurrection is considered most properly as “life after life after death,” and Jesus is considered its “firstfruits,” the first of an intended many (cf. 1 Corinthians 15:20). We can gain understanding about this resurrection by considering the descriptions of Jesus’ resurrection in Matthew 28:1-17, Mark 16:1-8, Luke 24:1-53, and John 20:1-21:25.

Jesus died physically on the cross but remained alive spiritually in Paradise until the third day (Luke 23:43-46). As the Gospel accounts demonstrate, God raised Jesus from the dead on the third day: the tomb was empty, for Jesus’ soul/spirit were united again with His physical body. Over a forty day period Jesus frequently appeared to His followers, establishing that He was no phantasm but flesh and blood, although changed, since He apparently transcended the space-time continuum. He then ascended to heaven with the promise of returning as He departed (Acts 1:11).

In 1 Corinthians 15:20-23, Paul assures Christians that as Jesus was raised from the dead, so too will those who belong to Christ when He comes. According to the New Testament, Jesus will return one day (e.g. Matthew 25:1-46). When He returns, all of the dead in the grave will hear His voice and come out (John 5:28-29). This resurrection, by necessity, involves the re-animation and/or re-constitution of the physical body: that which was from dust and had returned to dust will begin to come to life again from the dust (cf. Genesis 3:19). Since the “psychical,” or natural body, the one empowered by the breath (Gk. psuche) of life, is perishable, corruptible, and mortal, it will then be transformed to be the “pneumatical” or spiritual body, the one empowered by the soul (Gk. pneuma), and thus imperishable, incorruptible, and immortal (cf. 1 Corinthians 15:35-54). In this way the dead will rise first and those who remained alive will then be transformed (1 Thessalonians 4:13-18), and such is the redemption of the body earnestly desired in Romans 8:18-25. From this point on the righteous will be forever in the presence of the Lord, having gained the final victory over sin and death through Him (1 Corinthians 15:55-58, 1 Thessalonians 4:17-18).

From Jesus’ death comes life: spiritual life through faith in Him and the salvation which comes through His blood, and the promise of eternal life in the resurrection with Him (cf. Romans 5:6-11, 6:3-7). The resurrection changes everything: there is more to life than this existence, death and evil can be overcome, and we can maintain hope in the ultimate realization of God’s intentions for His creation. Through the resurrection life gains its meaning as preparation for eternity. Let us praise God for the hope of resurrection in Christ Jesus and place our trust in Him forever! 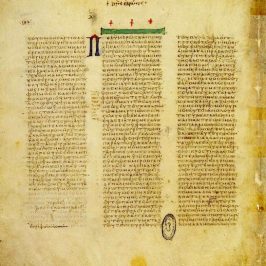 History of the Bible, I: Toward Canonization God has spoken and made known His will... 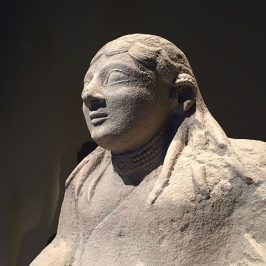