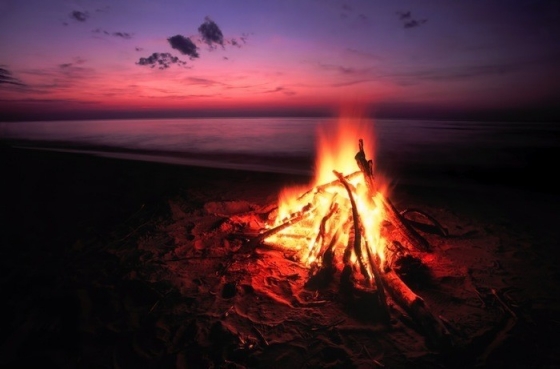 We can imagine the scene: a dark wood. Men and women stand around wearing cloaks; strange words are uttered. Perhaps some sacrifice is offered. Or perhaps it is in an old church building with a priest wearing elaborate clothing and rehearsing the same act as has been said for thousands of years. Maybe we think of a secret society and its induction ceremony, giving initiates the secret knowledge passed on for generations.

Such things come to mind when we think of rituals. “Ritual” comes to us with a primarily religious origin: “a religious or solemn ceremony consisting of a series of actions performed according to a prescribed order.” “Rite” is a synonym of ritual, and is often used to describe the historic liturgical order of the mass in Roman Catholic and Eastern Orthodox churches: the Latin Rite, the Byzantine Rite, etc. These masses remain highly formalized, featuring specific and consistent formulas, acts, and other behaviors by certain individuals wearing antiquated garments. For generations many were spoken in languages not known by the majority of the population.

Ever since the days of the Reformation many Westerners have reacted to the excesses of ritual and formalism in Christianity and have sought to excise ritual from faith and life. They have proven extremely successful: “ritual” is immediately associated with “superstition” in modern society, and superstitions have been widely condemned as fanciful, against reason, and a hindrance to enlightenment and human progress for at least 250 years. Iconoclasts against various forms of ritual remain in both religious and secular contexts; ritual is often communal, after all, and we now live in the ultimate Age of the Individual.

Even though modern man looks askance at what he or she would deem “superstitious ritual,” modern life is highly ritualistic. Self-help literature glorifies the development of habits, and what are habits but set patterns of behavior, and therefore personal rituals? How many sports fans and players develop elaborate ceremonies or maintain certain patterns of behavior on game day? Why do we still have graduation ceremonies or wedding ceremonies in which people wear antiquated clothing and perform specific and consistent formulas and acts? Why do we still feel compelled to go to funerals and participate in set grieving practices? All of these speak to the continuing power of ritual in life.

Christians have often been skeptical of ritual, thinking of rituals primarily in terms of the high church liturgical tradition, and perhaps as too physical and not nearly spiritual enough for their faith. Even though “ritual” gets a bad reputation, very few are willing to go so far as the Quakers and completely spiritualize important practices of the faith, and for good reason.

Christianity is in fact defined by two powerful rituals: baptism and the Lord’s Supper (or communion). Baptism is a ritual cleansing: Peter insisted that baptism was not designed for the removal of dirt from the flesh (1 Peter 3:21). The English word “baptism” all too obfuscates the concept and thus the importance of the ritual nature of the act: “baptism” is now defined as a religious ritual in English, whereas in Greek baptizo could refer just as easily to the washing of clothing and the washing of the body. Some fear that calling baptism a ritual would deaden its power and diminish its effectiveness, but it does nothing of the sort: it brings into relief how the action is defined by its purpose. We “baptize” our bodies and “baptize” our clothing and “dip” and “wash” many things for many reasons; none of these have the power or importance of being baptized in the name of Jesus for the remission of sin (Acts 2:38). There is no spiritual power or physical property of the water which provides this cleansing and conversion; it is all by faith and trust in the working of God (1 Peter 3:21). While baptism has many spiritual elements it is done physically and in the body for good reason: the physical act of baptism provides a clear line of delineation for us in our lives. In baptism we die in Christ to be raised to walk in newness of life (Romans 6:3-7); in baptism we put on Christ (Galatians 3:27). In baptism we have a sign, a visible demonstration, and a declaration of commitment manifesting our submission to the covenant God has made with all mankind in Jesus, a ceremony and a ritual act to consecrate ourselves to God’s purpose, and all for the same reasons why we continue to insist on having some kind of formal ceremony dedicating a man and a woman together to become husband and wife. Baptism speaks to the power of ritual.

The Lord’s Supper is a ritual meal: Jesus inaugurated it in the midst of one of Israel’s prescribed rituals, the Passover, and performed certain actions and declared certain words which were not merely said and done once, but were handed down and continued for years (Luke 22:7-23, 1 Corinthians 11:23-26). As a ritual meal the Lord’s Supper is not designed to satisfy hunger, for none will feel physically satisfied by a little unleavened bread and fruit of the vine; Paul encouraged those who were hungry to eat at home (1 Corinthians 11:34). We may eat unleavened bread and drink grape juice on other occasions, but such is not the Lord’s Supper; we come together on the Lord’s day, the day of His resurrection, and we give thanks to God for the particular bread before us so as to represent the Lord’s body, and the grape juice as the Lord’s blood, and in so doing manifest our unity in Jesus (Acts 20:7, 1 Corinthians 10:16-17, 11:23-26, Revelation 1:10). The spiritual elements of the Lord’s Supper are manifest, and previous claims of the physical transformation of the elements certainly literalized the metaphor; nevertheless, for good reason we continue to share actual unleavened bread and fruit of the vine, for the Lord’s Supper in its ritual reinforces the delineation of our lives made in baptism, confirming us as fellow members of the covenant, and physically displays our unity in the faith as we share in the elements of the Lord’s Supper together (cf. 1 Corinthians 10:16-17, 11:27-31). When we assemble to partake of the Lord’s Supper on the first day of the week we draw closer to the events of Passover in the first century than we were on the Tuesday of the previous week, an idea ludicrous according to modern conception of time yet very real according to what God has made known in Christ and Scripture, for we in a sense re-create the “upper room,” communing with Jesus, just as Israel would re-create the night of their deliverance from Egyptian bondage in the Passover (cf. Exodus 12:1-28).

It remains possible for rituals to become cold, formal, empty proclamations; Christians must be on guard against such tendencies. Nevertheless, as meaning seeking creatures, humans need rituals to define who they are, with whom they are in association, and what life is all about. God has made us this way, and has established appropriate rituals within the faith in Christ to provide that identity, association, and meaning. May we seek to follow the Lord Jesus in all things and obtain the resurrection of life!

Spiritual Warfare and Society A war has been declared. The enemy is unseen and seems... 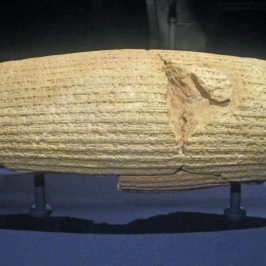