The Scriptures and Context

Every scripture inspired of God is also profitable for teaching, for reproof, for correction, for instruction which is in righteousness. That the man of God may be complete, furnished completely unto every good work (2 Timothy 3:16-17).

As Christians seeking to serve Jesus Christ according to His will (cf. Colossians 3:17), we recognize the need to study the Scriptures to understand what we must believe and do (cf. 2 Timothy 2:15). As Paul told Timothy, God’s people are completely furnished for good works through the message of Scripture (2 Timothy 3:16-17). Unfortunately, as time has passed, many people have begun teaching and practicing different things, and everyone quotes or cites some Scripture to justify what they believe and do. How can we be sure that we believe and do that which God wants us to believe and do?

It is extremely important for us to rightly handle God’s message, just as Paul told Timothy to do in 2 Timothy 2:15. Part of that responsibility involves remembering to keep Scripture in its proper context.

This does not mean, however, that Scripture is not applicable to us! Just as God wanted Israel to cast off idols, do justice, and serve Him only, so God desires the same thing for us today. Just as God charged the Galatians, for instance, do avoid the works of the flesh and to manifest the fruit of the Spirit (cf. Galatians 5:17-24), so God desires for us to do the same today.

We therefore cannot just take any statement of Scripture, rip it out of context, and make it say whatever we want it to say. Consider Acts 19:28: “Great is Artemis of the Ephesians!”. We could take this statement out of context and begin saying that the Bible teaches that Artemis of the Ephesians is great. Yet, in context, we read that this is the statement that the opponents of Christianity were saying, and that God did not approve of it. This is an obvious example, perhaps, but similar twisting of Scripture is not warranted (cf. 2 Peter 3:16).

We must also respect the boundaries that Scripture imposes upon itself. The authors of the New Testament make it abundantly clear that the Law of Moses and the old covenant are not bound upon believers in the new covenant (cf. Ephesians 2:11-18, Colossians 2:16-19, Hebrews 7-9). Instead, the Old Testament is a source of encouragement, example, and hope (cf. Romans 15:4, 1 Corinthians 10:1-12). Old Testament passages can be quoted to reinforce and illuminate New Testament teachings, but it is wrong for anyone to impose commands from the old covenant upon believers in Jesus Christ in the new covenant!

The importance of making sense of Scripture in its original context cannot be overstated, for many have wandered from the truth because they have neglected this principle. It is simply incredible to believe that God would communicate a message to a specific group of people that provided them no benefit or encouragement.

We must work diligently to not just read and quote Scripture but to do so in a proper and right way. Let us always keep Scripture in its proper context! 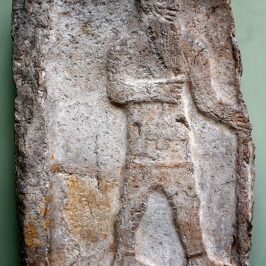 Ezra Many Jewish people had returned to the land of Israel: the Temple had been...