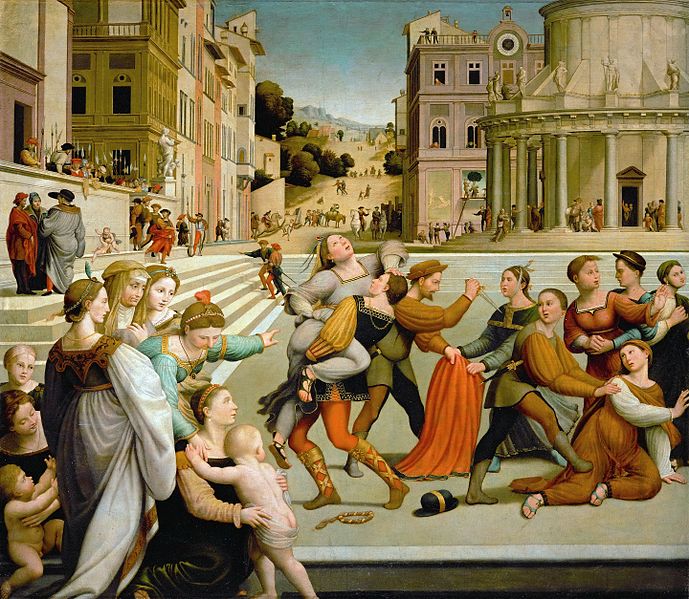 These days we are witnessing a sea change in attitudes regarding the dark and pernicious sins of sexual assault and sexual harassment. Such behaviors, once excused or justified as normal behavior, are now being exposed as dark, dehumanizing, and traumatic, having caused untold millions great suffering. It is about time.

People have been sexually assaulted and/or harassed for millennia. The practice has been justified as part of the privileges of power and the corruption of sexual desire (Matthew 5:28): looking at others in terms of sexual property, presuming one should be able to enjoy said sexual property at his leisure. And yet no one has the right to force him or herself on another person sexually, either by word or deed. Husbands and wives are invited to consider the other as their sexual property, not to abuse or force, but to enjoy and cherish in love and kindness (1 Corinthians 7:1-4, Ephesians 5:22-33). Christians must uphold the dignity of each human being, male and female, as having been equally made in the image of God (Genesis 1:26-27); to consider other people as sexual property is to dehumanize and objectify them, contrary to the purposes of God in Christ!

Christians must denounce sexual assault and harassment as sin and not provide cover or justification for those who commit it. If Christians have committed sexual assault or harassment, they must repent of their sins; if they do not repent, they should be disfellowshipped according to 1 Corinthians 5:1-13. Christians have no business excusing those who commit sexual assault or harassment; it is part of the way of the world which leads to suffering, sin, and death (James 3:14-18, 1 John 2:15-17). Likewise, Christians have no right to attempt to shield those who have committed sexual assault and/or harassment from the legal consequences of their behaviors: the same Apostle Paul who told Christians not to take each other to court in regards to civil matters also told them to submit to the authority of the state and its laws (Romans 13:1-7, 1 Corinthians 6:1-8). God has given the state, not the Christian, the authority to administer justice on the earth (Romans 13:1-7); those in authority will be called to account for how they exercised that authority, but the Christian will be called into account for how well they submitted to that authority (Romans 14:10-12). In many states those who serve as elders or preachers are considered mandatory reporters and must report to the authorities if they have reasonable suspicion that a child is being physically or sexually abused; Scripture provides no command or principle which would justify not following these laws. Many of those who commit sexual assault and/or harassment are very charismatic people, deceiving not only their victims but also their fellow associates and even brothers and sisters in Christ. We do well to respect God’s hierarchy of authority in these matters.

Christians do well to recognize the pervasiveness of sexual assault and/or harassment in our culture today and to try to show love, care, and compassion toward those who have suffered it. We do well to follow James’ dictum in James 1:19: be quick to hear and slow to speak. We must listen to those who are courageous enough to talk about their experiences of sexual assault and/or harassment, recognizing how much courage, strength, trust, and exposure they show and risk in telling such tragic and traumatic stories. We must prove willing to believe them, giving them the benefit of the doubt, unless compelling evidence exists to the contrary (Romans 12:10, 2 Corinthians 13:1); far too many fear they will not be heard or believed, and are often told as much by those who victimize them. Churches ought to provide love and acceptance to all who have suffered from sexual assault and/or harassment, valuing them as equal and fellow brothers and sisters in Christ, giving them space and opportunity for healing and strength (1 Corinthians 12:12-28, 14:26, Galatians 3:28). While preachers must exhort women toward modesty in disposition according to 1 Timothy 2:9-10 and 1 Peter 3:3-4, full and complete blame for lust must continue to be laid at the feet of those who do the lusting (Matthew 5:28): no woman ever “deserves” sexual harassment or assault no matter what they wear, and plenty of women have suffered from sexual assault and/or harassment even when modestly dressed. Far too often women will blame themselves for what are actually the sins of their victimizers.

For too long and in too many places many Christians have proven complicit in enabling or justifying sexual assault and/or harassment. It was wrong. It should not have happened. Sexual assault and sexual harassment are sinful behaviors. They should be exposed to the light of day. Those who have been victimized ought to receive hope, comfort, and strength; those who perpetuate sexual assault and harassment ought to be exhorted to repentance and compelled to suffer whatever consequences may come about for their sinful behavior. May we visit those in weakness and distress and glorify God in Christ in all things!