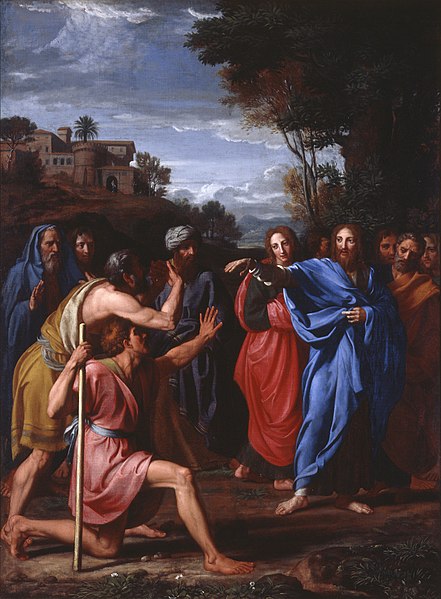 Boundless optimism about the improvement of the condition of man; noble and democratic aspirations for better living for individuals and society; a can-do attitude: the “Social Gospel” is a uniquely American creation, and has powerfully and profoundly shaped aspects of American religious life and culture.

In a historical and formal sense, the Social Gospel movement took place in the late nineteenth and early twentieth century among many Protestant churches in the United States. It grew out of the reform traditions of Western Christendom and the social movements of the antebellum period. “Social Gospelers” wished to emphasize Jesus’ concerns for the poor and marginalized in society, and advocated and worked for direct assistance to the needy through various social organizations and programs and for systemic change on a local, state, and national level. “Social Gospelers” tended to be among the clergy more than the laity and of the “respectable” middle class. In eschatological outlook they tended toward postmillennialism, believing their efforts to improve society would inaugurate the Kingdom of God on earth; many maintained a highly progressive view of history and theology, enamored with the most recent theories of science, psychology, and Continental Biblical studies. Some were highly influenced by Marx; others more lightly so, endorsing co-operatives and modified versions of capitalism. Their influence peaked in the years before World War I, and they would have supported much of the legislation of the Progressive Era.

Even though the Social Gospel movement would fade after World War I, its influence would be felt in the theology and practice of the Civil Rights Movement of the middle of the twentieth century, Liberation theology in Latin American Catholicism, and many aspects of engagement with society and politics within Protestantism and its Evangelical subset, even among those who would have vociferously denounced many of the aspects of the Social Gospel movement in previous generations. Therefore, in an informal, continuing sense, the social gospel thus involves heavy participation by churches in political and social causes.

The Gospel of Jesus Christ speaks to many societal and cultural conditions. Jesus went about doing good for people (Acts 10:38); Christians are called upon to do good to all men, especially those of the household of faith, and to visit widows and orphans in their distress (Galatians 6:10, James 1:27). Jesus described the decision of the day of judgment in terms of whether people had fed, given drink, clothed, or visited “the least of these” or not: in doing (or not doing) so, they did (or did not) so to Him (Matthew 25:31-46), testifying to Jesus’ concern not merely for the spiritual but also the material condition of the impoverished, oppressed, and marginalized. To divide the sacred from the secular is a deception and a lie: Jesus is Lord of heaven and earth, and His lordship should be brought to bear in every aspect of life and society (Matthew 28:18). Christianity can never be a merely private, individual affair: Christians represent a city set on a hill, the light of the world, to embody Jesus to all those in a sin sick and dying world (Matthew 5:13-16), and God’s purpose realized in Christ is not mere individual salvation for the sake of saving individuals, but the reconciliation of individuals with God and one another in Jesus to develop perichoretic relational unity as God shares within Himself (John 14:1-3, 20-23, 17:20-23, Ephesians 2:1-3:12). Christians are to love one another as Jesus has loved them (John 13:31-35): such love cannot be expressed in only “spiritual” terms, but ought to be manifest in material care and concern for the welfare of one another (1 John 3:15-18). The church represents the manifest domain of Jesus’ Kingdom (Ephesians 1:21-23, Colossians 1:13), yet Christians must render service to Jesus their King in every aspect and domain of their lives, thus bringing Jesus’ lordship to bear in their families, their friendships, their business dealings, their employment, and in their civic and national participation (e.g. Romans 13:1-7, Ephesians 5:22-6:9, 1 Peter 2:11-3:8). Jesus is not glorified by a faith so heavenly minded that it proves no earthly good.

And yet there has always been a tendency for the social gospel to become far more “social” than “gospel.” Many “social gospelers” remain on the liberal and progressive end of the doctrinal and theological spectrum, rejecting the traditional sexual ethics of the Christian faith as well as many its principal confessions. It is appropriate for advocates of the social gospel to critique others for how their faith was so focused upward they did not do much to reflect Jesus to the rest of the world (the “vertical” over the “horizontal”); likewise, it is appropriate for us to critique advocates of the social gospel to be so focused on assisting others that they do not pursue personal growth in holiness and adherence to the core doctrines of the faith (the “horizontal” over the “vertical”). The Apostles expected the Christian who became relationally one with God and His people to become a powerful witness and light to the world in their love and good deeds, growing and developing relationally both “horizontally” and “vertically” (Matthew 5:13-16, John 13:31-35, 1 Peter 2:11-18, 1 John 3:15-4:21). Jesus did not sacrifice His relationship with God to serve people; the Christian witness to the world means little without its anchoring in the Gospel of Jesus. The Gospel is the means by which God saves and rescues (Romans 1:16); no matter how effectively Christians champion various social causes, if no one is rescued from their sins and restored in relationship with God in Christ, the work ultimately proves futile. Nations rise and fall; what is done politically can be undone politically; yet the Word of God endures forever, and eternal life in the resurrection can only be found through relational unity with God in Christ, not in shared social causes (John 14:1-23, 17:20-23, 1 Peter 1:23-25).

The process by which many churches became essentially non-governmental religious humanitarian organizations began before the Social Gospel movement, but the movement certainly accelerated the trend. These days most people not associated with much Christian faith look to churches to do all kinds of social work in their communities; not a few governments do the same. While these works may do good, assisting many people, they do not represent the work God has given for local churches to accomplish. These good works become distractions for the local church as it seeks to do the great work of representing the pillar and support of the truth of what God accomplished in Jesus, and the work of building up of the Body of Christ in its time and place (Ephesians 4:11-16, 1 Timothy 3:15). Individual Christians ought to visit widows and orphans in their distress and do good to those in the community, thus embodying Jesus to the community and welcoming those in the community to come and share in the Body of Christ (Matthew 28:18-20, Galatians 6:10, James 1:27). Local churches must dedicate their limited resources to the needs of the saints, the promotion of the Gospel, and the building up of the body of Christ; in the process it should become attractive for others to wish to join in order to share in relational unity with God in Christ and with fellow Christians to share in what is truly life, just as it was at the beginning (cf. Acts 2:41-48).

Christians do well to hear and consider the challenge and critique of the social gospel and to find some ways to embody social justice as individuals manifesting the Lord Jesus to the world. Nevertheless, all the social justice in the world will not transform the powers and principalities to be like Jesus; Jesus did not die and rise again to establish a kingdom like other kingdoms (John 18:36). We must bear witness to Jesus to the world in word and deed, but must remember how Jesus and the Apostles turned the world upside down not by social advocacy but by embodying the Kingdom of Jesus in the midst of the kingdoms of the world, rooted and anchored in Christ. May we proclaim and embody the Gospel and obtain the resurrection of life in Jesus!