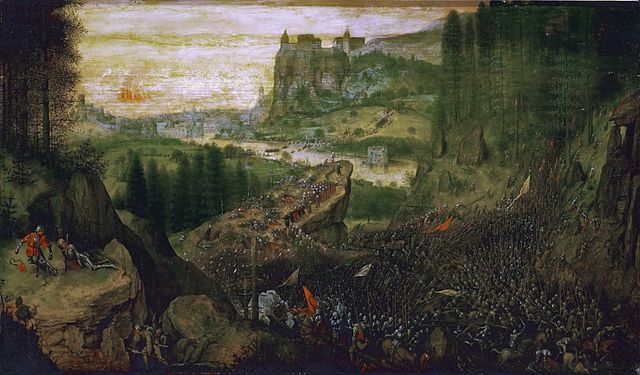 The news seems to come at an unrelenting pace: yet another person has taken their own life. Sometimes it is a teenager who would seem to have their whole life in front of them but felt as if he or she could no longer handle the pressures of life. Sometimes it is a celebrity who had fame and fortune but proved haunted by feelings of inadequacy and/or profound pain. Whether old or young, rich or poor, suicide is a terrible tragedy: for some reason or another a person has not found value in this life, and family members and friends are left to grieve and wonder how it all went so horribly wrong.

In modern Western culture, suicide is still seen as a shameful thing, a devaluation of the gift of life; in some religions, and even within “Christendom,” it is reckoned as a “mortal sin.” Suicide is against the law in much of the United States; granted, those who successfully commit the act cannot be prosecuted, but even the attempt is unlawful. For these and many other reasons suicide was one of the unmentionable things; families who suffered the loss of a family member to suicide are further burdened by shame, internally and externally.

One might expect the Bible to provide explicit and thorough condemnation of suicide; it may come as a surprise to find out this is not the case. King Saul of Israel fell on his sword to die once he was injured so that the Philistines could not get the glory of torturing and killing him; his armorbearer did the same once Saul was dead (1 Samuel 31:5-6). The Roman jailer in Philippi, presuming the prisoners all escaped after an earthquake, prepared to kill himself, since it was more honorable for a Roman soldier to take his own life in such a circumstance rather than face corporal punishment (Acts 16:27). These examples reflect ancient attitudes regarding suicide: at times it was a more honorable way of dying than being executed.

And yet, on the other hand, the New Testament presumes a level of self-interest and self-care. Paul would have the Philippian Christians look not only to their own interests, but also to the interests of others (Philippians 2:4). Paul rightly emphasized the need for concern regarding the welfare of others, but we do well to note that he assumed the Philippians will give at least some consideration to their own interest as well. In his instruction to husbands in Ephesians 5:28-30 Paul assumed self-love: a man is to love his wife as his own flesh, since no one hates their own flesh but nourishes and cherishes it. While we might look for the exception to the rule, Paul’s rule does reflect reality: in the absence of some mitigating factor, people automatically take care of their own bodies and its basic needs.

God has not only given us life but has also extended hope of life for eternity in the resurrection; death is the enemy, not a friend (1 Corinthians 15:55-57). Nevertheless, there is no blanket condemnation of those who commit suicide in Scripture; neither is there commendation or justification for it. As Christians we therefore do well to avoid any kind of blanket condemnation or justification of suicide; God, in His holiness, righteousness, love, and mercy, will render judgment (Romans 14:10-12, James 4:11-12). The reasons for suicide, after all, are legion. Some believe they are sacrificing themselves for a greater cause and die as “martyrs” while killing others; others murder people and kill themselves as well in order to avoid earthly consequences for their behavior. Some commit suicide as an attempt to “get back” at or hurt other people; others do so to escape shame or consequences of immoral behavior or personal failures. And then there are some who feel driven to suicide by relentless bullying and harassment by others. Many who feel driven to suicide experience forms of mental illness, especially depression. Few would expect much mercy to be shown to those who commit suicide for the earlier reasons; we hope many of the last find mercy, for they were not in their right mind when they acted as they did, and perhaps will be accounted as those who suffered from physical illnesses. We thus do well to trust in God and His judgment in such matters.

Suicide, no matter the reason or justification for the act, leaves tragedy and suffering in its wake. Family, friends, and other loved ones are left to grapple with the hole left in their lives from the loss of a loved one. Those who have lost family or friends to suicide ought to have our compassion, love, and care. We should grieve and mourn with them. Suicide can be the tragic action of a person not in his or her right mind and yet still a selfish act at the same time. May God comfort, strengthen, and sustain all those who bear the grief of the loss of a loved one by suicide.

We do well to not extend judgmentalism toward others in depressed circumstances but love, compassion, and mercy. People are starved for human contact and kindness; many just want to know someone cares for them. As followers of the Lord Jesus we ought to be that person who shows that love and care!

Perhaps you are contemplating suicide. You may be convinced that no one loves you and there is no reason to continue with life. Please do not listen to those voices inside your head. They are damnable lies. God loves you; He has sent His Son to die for you; He desires for you to spend eternity with Him in the resurrection (John 3:16). We love you as a fellow human being given the gift of life; you are as precious in the sight of God as any one of us (Galatians 3:28, 1 Timothy 2:4). Please reach out to us so we can talk and be of any service we can without judgment. Please call 1-800-273-8255; they also can help you at this difficult time in your life. May we all find hope in Christ and obtain the resurrection of life! 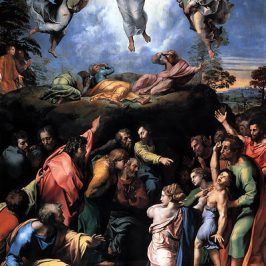