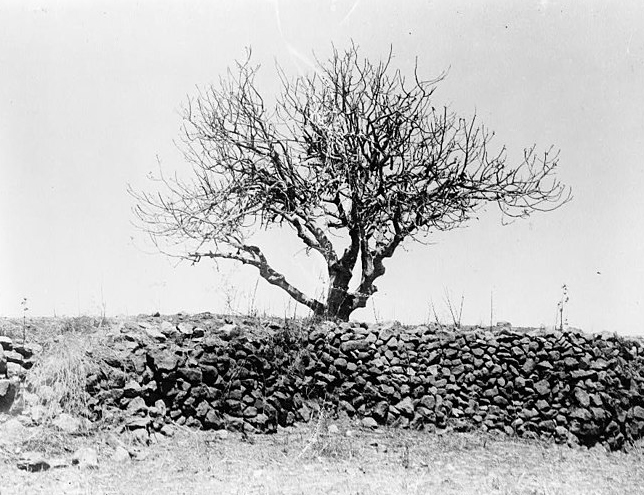 The Israelites faced the prospect of a debilitating, devastating invasion. Joel, son of Pethuel, was called to warn Israel to repentance.

All we know about Joel (“YHWH God,” or “one serving YHWH as God”; Joel 1:1) comes from the words of his prophecy; he seemed to prophesy to Judah (Joel 2:1, 3:1), and his message could be dated to any point between the ninth and fifth centuries BCE. Judah and Jerusalem did well to heed Joel’s prophecy whenever it was uttered, for much was at stake.

Joel envisioned a calamity to be remembered for generations: not one, nor two, but four successive invasions of locusts (Joel 1:2-4). This may not sound like such a catastrophe to us in the modern world, but the prospect of locust invasions terrified ancient farmers. They might look out upon a green field of crops: the rains have come at the right time; enemy invaders have been kept at bay. It looks like the family will be able to eat and survive another year. But then, in almost an instant, a cloud over the horizon: millions upon millions of locusts, devouring every green thing in their sight. Within a couple of days they would be gone and the crops destroyed; the farmer and his family would starve. And this is precisely the prospect Joel raised for Israel: a locust horde that not only tore down all the grains but also the fig tree, the grape vines, even the fruit trees, and there is nothing left for offerings or to eat (Joel 1:5-12).

In light of this Joel summoned Judah and Jerusalem to repent, for this disaster would be a day of YHWH, and it would cause great distress for everyone (Joel 1:13-15). There would be no more food for man or beast; the wilderness is burned; seeds have shriveled (Joel 1:16-20). All Joel could do was call to YHWH for aid (Joel 1:19).

Joel then saw the day had come: a trumpet ought to be sounded in Zion, for the horde has come, a day of YHWH against His people (Joel 2:1). The land may be as Eden before them, but it will become a desolation after them; they have the appearance of a frightful army with horses and war chariots, maintaining discipline, inspiring fear in all who see them (Joel 2:1-10). YHWH speaks and His army moved forward; it is the day of YHWH; who can endure it (Joel 2:11)?

Yet again Joel cried out for Judah and Jerusalem to repent, to return to YHWH with all their heart, rending their hearts and not their garments, for He may relent of this disaster coming upon them (Joel 2:12-17).

Much is left unrevealed regarding this invasion of “locusts”: we do not know when it happened, if at all. The danger was very real, whether realized or not. Joel might have an actual army of locusts in mind; he also may have an army of men, perhaps the Assyrian army, in mind (Joel 2:20). If so, the Assyrians came through in 701 BCE and laid waste to Judah and besieged Jerusalem. The Assyrian horde was prophesied as an instrument of YHWH and His anger to judge Judah and Jerusalem for their iniquity (Isaiah 10:5-6, 28-34). Judah was left desolate; only a remnant remained (Isaiah 1:7-9). It was certainly the kind of calamity a father would tell his children, and his children’s children, and onward for many generations.

Joel’s horde of “locusts” would be seen again in a figure in Revelation 9:1-12: the fifth trumpet, or first woe, featured locusts coming forth from the bottomless pit, not to devour plants, but to afflict people with such great pain as to desire death, but death would not come.

Christians do well to meditate on both Joel’s warnings and his hope for restoration. Granted, we today may not believe we have much to fear in terms of locust invasions, yet Joel warned Judah about a coming day of YHWH. Days of YHWH are not pleasant and are not things to seek out (Amos 5:18). The day of YHWH is a day of judgment, some kind of devastation by natural and/or artificial means, be it a locust plague devastating the land which YHWH had blessed for Israel’s use, or a marauding army leaving nothing alive in their wake. It is never YHWH’s desire to visit upon His people such a day of judgment; it comes as a result of sinfulness and iniquity.

Joel wrote to the people of God to warn them about the judgment YHWH was about to enact upon His people. As Christians we cannot stress this enough: there are times when YHWH judges His people. These judgments may come from “natural” afflictions; they may come from the hands of enemies or persecutors; they may be more physical, or more spiritual. We should not enjoy those days; they are times of great distress, mourning, and lamentation. Yet they unfortunately prove necessary whenever the people of God grow cold, complacent, or compromised with the world. When the devastation ends only a remnant remains; yet from this remnant may come a new flourishing of faith and the advancement of God’s purposes.

While YHWH at times must judge His people, YHWH does not abandon His people or His purposes. After judgment will come a time of restoration, a flourishing just as YHWH promised. Those who humble themselves before YHWH may obtain it. Those who come out in the end know that there is but one God in the universe, and He is YHWH, the God of Israel. Those who trust in Him will not be put to shame. May we serve God through what He has made known in Christ, and obtain the victory in Him!

Joshua Moses was dead; the land of Canaan lay on the other side of the...

Gods of This World: Nationalism The history of “Christianity” is full of many distressing events....