Those Who Have Never Heard

One of the difficulties that some have with the faith involves the fate of those who never had the opportunity to hear the message of Jesus the Christ. If faith in God comes by hearing of the Word of Christ, according to Romans 10:17, and the power of God for salvation is in the Gospel of Jesus Christ, according to Romans 1:16, what will happen with all of the people who lived between the days of Abraham and Jesus but who were not part of Israel? What about all of the people who lived in far off lands, including east Asia, Australia, and the Americas, before the Gospel message was brought there? What about all those people, even to this day, who have not heard the Gospel of Christ?

The question is a legitimate one; nevertheless, we do well to begin by keeping our limitations in mind. Only God knows the heart; God in Christ will make the final judgment on the last day (Acts 15:8, Acts 17:30-31, Romans 2:5-11). Therefore, it is not for us to make such judgments: each person will stand before the judgment seat of God (cf. Romans 14:10-12, James 4:12). Therefore, only God knows the eternal fate of all the people concerning whom we are speaking. We can trust that God will make that decision justly and with great love and compassion, since we know that God is just and His great love for mankind has been clearly demonstrated through the sacrifice of His Son (Psalm 33:5, John 3:16, Romans 5:6-11, 8:31-39).

Yet this answer does not address the root issue that leads to the difficulty, which involves the question of fairness and justice. If God really loves people, and He is a just God, how could He hold anyone responsible who had not heard of Him through the Gospel? How could God be just and condemn people who never had the opportunity to hear the message of Jesus?

For the wrath of God is revealed from heaven against all ungodliness and unrighteousness of men, who hinder the truth in unrighteousness; because that which is known of God is manifest in them; for God manifested it unto them. For the invisible things of him since the creation of the world are clearly seen, being perceived through the things that are made, even his everlasting power and divinity; that they may be without excuse: because that, knowing God, they glorified him not as God, neither gave thanks; but became vain in their reasonings, and their senseless heart was darkened (Romans 1:18-21).

Paul thus addresses this very question here in Romans 1:18-21 (really, Romans 1:18-32). Paul understands that people can only have faith in God through Christ through hearing the message of Christ (Romans 1:16-17, 10:14-17), but this is not the only way in which God has revealed Himself to mankind. God also has revealed His eternal power and divine nature through the things that He has made (Romans 1:19-20). That testimony should be sufficient for people to understand who they are and how they should act.

In Romans 2:12-16, Paul will declare that the doers of the law, not merely hearers of it, will be justified on the day of judgment, including those among the nations who did not have the law but did the things of the law “by nature.” As Paul says, the fact that people among the nations can do this shows that they have the law written on their hearts (Romans 2:15). Paul thus affirms the “moral law” that is inherent in all mankind: God has made us with an inherent sense of right and wrong, since we have been made in God’s image and through our ancestors have partaken of the fruit of the tree of the knowledge of good and evil (Genesis 1:26-27, 3:6).

Paul provides us with the answer to our difficulty. Perhaps not everyone has heard the Gospel of Christ; however, God made everyone to seek after Him (cf. Acts 17:26-28) and granted to everyone an inherent understanding of right and wrong. Thus, whoever turns and makes a god out of aspects of the creation, and/or willfully does what is wrong, is thus without excuse. They had sufficient knowledge of God on the basis of His divinity manifest in the creation; having rejected the truth of God for a lie, God gave them over to their desires, and they will receive due penalty for their error (Romans 1:18-32). Those who turned from such folly or truly sought to do righteousness testify to God’s moral law in their conscience, and that will be duly noted in the judgment (Romans 2:12-16).

Ultimately, if people could be saved through ignorance, the worst thing we could do would be to preach the Gospel of Christ to them, for then they would be accountable when otherwise they would not be. Yet this is inconsistent with God’s desire for everyone to come to the knowledge of the truth and to be saved (Matthew 28:18-20, 1 Timothy 2:1-4). While we are not the judges of the eternal fate of anyone, we have the testimony of Scripture that no one will be saved by ignorance; God has provided sufficient testimony of Himself so that all will be judged fairly by what they have done in the body (Romans 2:5-11). Friend, you can hear the Gospel message if you have not yet done so; you can learn of God not just through the creation but also from the message of God’s love demonstrated to you in Christ. Obey the Lord and be saved! 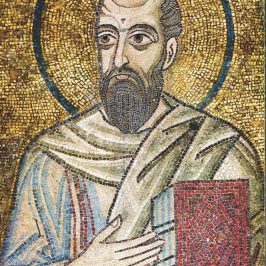