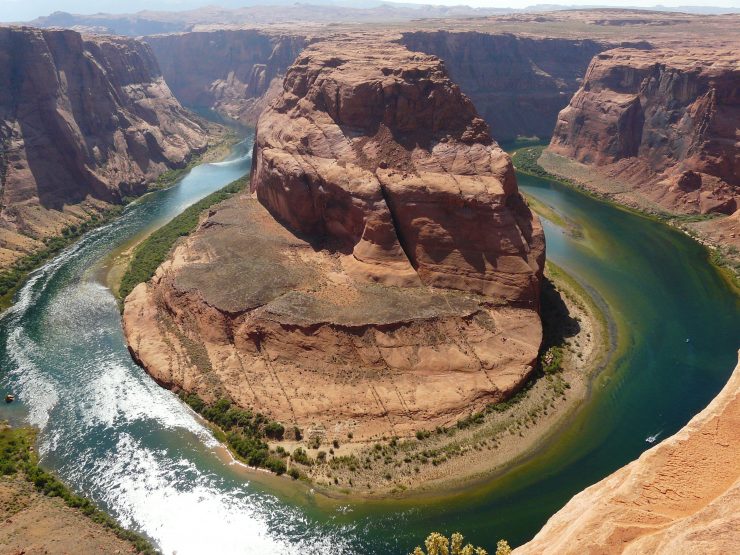 What benefit do people get from all the effort which they expend on earth? A generation comes and a generation goes, but the earth remains the same through the ages. The sun rises and the sun sets; it hurries away to a place from which it rises again. The wind goes to the south and circles around to the north; round and round the wind goes and on its rounds it returns. All the streams flow into the sea, but the sea is not full, and to the place where the streams flow, there they will flow again. All this monotony is tiresome; no one can bear to describe it: The eye is never satisfied with seeing, nor is the ear ever content with hearing (Ecclesiastes 1:3-8).

People in the Western world today have been conditioned to consider and portray the story of humanity as one of progress. Most Westerners consider those who came before us as more primitive, less enlightened, and often with a patronizing air: perhaps they did the best they could, but they did not know better. We understand things better today, so it is believed. Such is why many look to the future with great optimism, assuming our children and their descendants will carry on with progress and will be able to look at us one day as primitive and less enlightened.

Yet for much of human history, and even to today in some places, the opposite perspective held firm: they imagined the human story as one of regression. In some stories, the gods themselves used to live as humans, built many great works, and now rule from heaven; in others, those of the past lived during a “golden age,” and successive generations experienced a “silver” down to an “iron” age in comparison. According to such a perspective the present and future generations could never expect to live up to the exploits of the ancestors; if anything, today would be seen as better than tomorrow, and humanity will just get more miserable. Many had justification for their story: they could see the ruins of what Bronze and Iron Age civilizations before them had built, and the traumatic experience and memory of collapse and the comparably “dark” age that followed; in many traditions the ancestors are venerated, even worshipped. To consider one as having surpassed them in understanding and wisdom would seem presumptuous and foolish indeed; thus, even when many such people had reached a time of greater material comfort and sophistication than their venerated ancestors had enjoyed, most would still think the ancestors had it better.

For modern Westerners, a regressive view of the future and an idealist perspective on the past seems quaint and ridiculous; for many others, a progressive view of the future and a primitivist perspective on the past seems arrogant and delusional. But according to the Preacher, neither captures the true essence of how humans should consider the passage of time.

The Preacher set forth his general thesis: everything is hevel, a vapor: vanity, futility, perhaps even absurdity (Ecclesiastes 1:2). His first meditation centered on the ultimate futility of human effort: what do people get for all of their efforts they expend on the earth (Ecclesiastes 1:3)? Human effort proved futile because generations come and go, but the earth continues on (Ecclesiastes 1:4). The Preacher has observed the cyclical nature of reality: the earth spins on its axis and orbits around the sun; the winds blow and come around again; water cycles from the ocean to rain to the ground to streams and back into the ocean to start again (Ecclesiastes 1:5-7).

The Preacher understood how difficult it is for people to look at things in such a cyclical way: it is a tedious thing, and strikes at the heart of our pretensions (Ecclesiastes 1:8). Today we believe in progress, in part, because we want to believe in progress: we want to think that humanity is moving toward some end or telos, that things will keep getting better, and for us to find meaning and value in helping to advance the cause of humanity. No doubt many in the past believed in their regress, at least in part, because they wanted to believe that life and humanity could be better than what they were experiencing: perhaps in the moment things were not great, but they were better in the past, and in its own way there is the hope that maybe it can be that good again sometime.

There is an exceedingly difficult truth which the Preacher makes known to us if we are willing to accept it: we are not getting better, and we are not getting worse. We can certainly point to some aspects of humanity which might show some improvement; yet there always remains other ways in which humanity is worse off. There are reasons why the triumphalist pretensions of having reached “the end of history,” or that “history will remember/judge” in a certain way seem laughable in retrospect. We like to think we have progressed in some way or another and yet find people or circumstances which have not manifest that progress. At the same time, those who remember the past with gauzy nostalgia are no less deceived. It is easy to remember the good and forget the evil and ugly in the past, and all the more so when one or one’s ancestors did not suffer the evil and ugly to the degree or extent that others did. Times prove different, and in those different times some things get better, and other things get worse. There are times of prosperity and times of poverty. There are happy times and there are sad times. There are times of great technological advances and times of great technological decline.

Why, after all, do we say that “those who do not remember the past are condemned to repeat it?” History may not repeat itself, but it certainly rhymes. People say “never again,” but generations arise which never experienced the horror, and a similar horror takes place. This proves true about war, atrocities, economic conditions, fashion trends, and all sorts of other things. We may not like it, but human activity and history is as cyclical as everything else on the earth. In the grand scheme of things, it does all seem to be tiresome monotony.

Indeed, the eye is not satisfied in what it sees; the ear is not satisfied in what it hears (Ecclesiastes 1:8). We do not want to believe this is the way things are; we condition our eyes to see things according to the patters in which we are inculcated and which make the most sense to us. We condition our ears to hear the messages which align with what we already believe. We always want more; we want to be affirmed in what we think and who we are and to prosper in it. That which does not align with our presuppositions we want to suppress or neglect, yet we do so to our own peril; for what will we do when the uncomfortable facts for which we made no place in our understanding overwhelm us?