Bible Translations, VII: Which Bible Is Best for You?

We began an exploration into the Bible in English by sympathizing with the modern English reader in regards to the alphabet soup of Bible translations and versions which exist today. We have come to a better understanding of why so many different Bible translations and versions exist and what motivated their publication. We are now in a better position to consider the question which confronts every modern English reader of the Bible: which translation or version is best for me?

Having explored the history of Bible translations and versions in English, we can maintain confidence that most Bibles in English do reasonably well at reflecting the original Hebrew, Aramaic, and Greek of the Old and New Testaments. Discoveries and research over the past couple of hundred years has led to greater understanding of the Biblical text and more accurate translations and versions.

The King James Version and New King James Version (KJV/NKJV) remain very popular Bibles until today, and for good reason: the King James Version was the Bible in English for almost three hundred years. Many continue to appreciate the sound and texture of the Elizabethan English used in its translation. One can certainly gain an understanding of the Gospel from the King James Version; it is not a problematic translation in its own right. There are many who wish to elevate the King James Version to a place it was not given by God, Jesus, or even its translators: it is not uniquely inspired, but represents the best efforts of scholarship as of 1611. Since then we have learned much about the text of the Bible and the cultures represented therein, and we as Christians do well to benefit from that learning and not close ourselves off from it. Furthermore, we have no reason to believe God gives special commendation to anyone for making Bible reading and study a greater challenge by reading from a version using language challenging to understand; to the contrary, God always communicated to the people in the common vernacular of the day.

The revisions of the King James Version in the 19th, 20th and 21st centuries have produced excellent versions which attempt to faithfully translate the original into understandable English. They maintain the strength of the tradition of the King James Version without the archaic language and take into account the discoveries and insights gained over the past two hundred years. To this end the reader of the Bible in English does well to be at least acquainted with the American Standard Version (ASV), Revised Standard Version (RSV), New Revised Standard Version (NRSV), New American Standard Bible (NASB), and the English Standard Version (ESV). The NASB and ESV are especially recommended as primary Bibles for reading, studying, preaching, and/or teaching.

The past 50 years have seen a proliferation of dynamic equivalence translations, versions which seek to provide a “thought-for-thought” translation to help the reader understand the author’s primary purpose in the text. Paraphrases represent the extreme of this trend; on the other side, literal versions seek to render the text with as little translation as possible.

Bible translation remains an art, and not a science, for good reason: every translation must balance two equally important imperatives. The translation must accurately reflect the wording and substance of the original Hebrew, Aramaic, and Greek; the translation must also convey that wording and substance in a way which the modern English reader can grasp and understand with as little confusion and distortion as possible. Anyone who insists on one imperative without the other is missing an important dimension to the work of communicating the Word of God in the 21st century. Disagreement can, and does, exist regarding specific translation choices and whether to translate a given verse or passage so as to emphasize original wording or primary intended meaning; no one, even translators, are entirely free from confessional or doctrinal bias. Nevertheless, on the whole, to suggest whole Bible versions are Satanically inspired or doctrinally compromised is presumptuous and unwarranted. With the exception of certain versions (the New World Translation of the Jehovah’s Witnesses in particular), translations of the text are mostly defensible, even if a reader might be uncomfortable with its implications or with inferences a person may draw from them. Accusations of bad faith are generally unwarranted.

Ironically, in the end, the initial question proves somewhat problematic, for there is no one translation or version in English which ought to be considered the best in all respects and which ought to have a corner on the market. Bible students have their favorite versions, and often for good reasons; yet honest Bible students will admit the weaknesses of their favorite version and will have no difficulty commending another version for having a superior reading. At other times it may not even be a matter of superior or inferior: sometimes different versions will translate so as to bring out different nuances or approach the same text in different yet mutually beneficial and enhancing ways.

Bible readers in English do well to learn to appreciate and value the treasure trove of resources at their disposal. They can learn to benefit from all the different ways the text of the Bible have been translated and conveyed into English. They do well to choose a version like the English Standard Version (ESV) or New American Standard Bible (NASB) as primary, but also can benefit from exploring readings in all sorts of versions to come to the best possible understanding of what God has made known in Scripture. Modern Bible software like Accordance, Logos, and e-Sword allow the Bible student immediate access to many versions to this end.

God intends for readers of modern English to come to an understanding of His Word and be saved; most modern English translations and versions can be used to this end in some way or another. May we dedicate ourselves to the pursuit of the truth of God in Christ and obtain the resurrection of life! 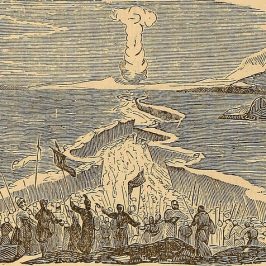 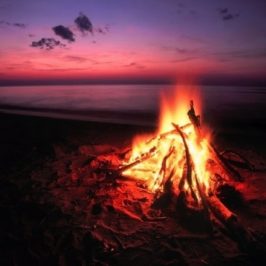 “Jesus Is the Answer” The message is emblazoned across the land on billboards, bumper stickers,...

Yet peace, for the Christian, is quite profound; its cost, staggeringly high. We do well to center ourselves in the peace God provides in Jesus.
View on Twitter
0
2

We welcome you to our virtual assemblies on January 17, 2021.

As newborn babes, long for the spiritual milk which is without guile, that ye may grow thereby unto salvation (1 Peter 2:2). https://t.co/0xwmSSCpmQ
View on Twitter
0
2

For when by reason of the time ye ought to be teachers, ye have need again that some one teach you the rudiments of the first principles of the oracles of God; and are become such as have need of milk, and not of solid food... https://t.co/cGXHXNNQoN
View on Twitter
1
3